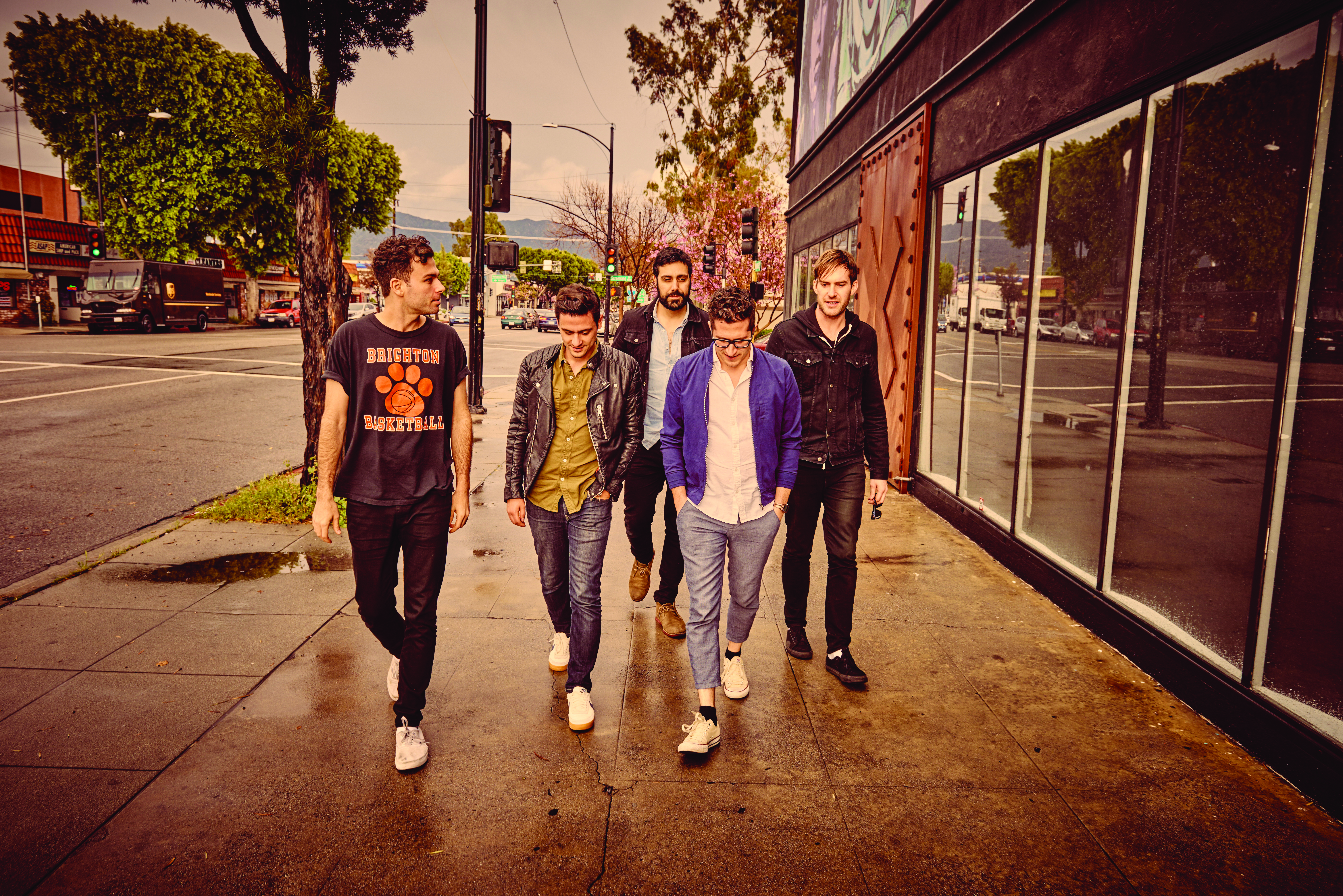 The Arkells are a Juno and CASBY award winning band who are playing at Laurier’s orientation week this fall. They have toured with Metric, The Tragically Hip, Sam Roberts and many other artists. The Arkells formed a relationship while attending McMaster University in Hamilton, naming themselves after nearby Arkell Street. The name of one of the band’s albums is based on an area in Hamilton called Jackson Square, keeping their roots while rising in popularity.

How did you get into music?

My dad was in university was a DJ at his university radio station. He had a lot of vinyl records like the Beatles and Motown, classic rock. That was my earliest exposure. He showed me the movie Help! by the Beatles, I love that movie. It was always exciting to look at album covers, and to see what the musicians look like, and watch videos of them performing.

What do you see as your biggest accomplishment as a band?

I think our biggest accomplishment is we just call it a job. It’s hard to make a living playing your own songs, and the fact we get to do that is something we take for granted. We’ve been at it for a while now. It’s really cool to see a collection of experiences add up to mean something. Some of our songs were on the radio and then we toured it. We just sold out two nights at Massey Hall in November. It’s not because we just popped up overnight, people have heard our music and see us perform live in various places. That has enabled us to get to a point where we get to play at Massey Hall, which I think is a pretty big deal.

Any advice for university students?

Enjoy the time, getting to go to university is a privilege and it can be an amazing experience. Try to take it all in and enjoy it. I know for me, a lot of my closest friends I met in school. Appreciate how lucky you are to be there a lot of people don’t get to go to university.

What was it like to work with Drake’s dad?

He’s a nice fella, I really love that song. It really surprised us that it turned out that way, it is an adventurous, joyful tune. When we asked him to be in the video, we kind of had our fingers crossed and he said yeah let’s do it. We had a great time hanging with him, he was down to clown around.

We were down in Memphis, Tenn. and we saw Drake’s dad in a bar. The songs about friends and going out on a road trip in the land of America.

Where does your musical inspiration come from?

Comes from all around me, there is a lot of great music today that inspires me. I love the new Chance the Rapper album. We played with the Arcade Fire at WayHome music festival, seeing the band preform was really inspiring. When it comes to things I have to write about, I get inspired a lot by my friends and family. I have a lot interesting characters in my life that I really find them endlessly fascinating, and are fun subjects to write about.

Musical influences for the band?

I couldn’t really point to one, there are so many that influence us. For me personally, at the end of the day probably the Beatles.

Most interesting thing you’ve seen in a crowd?

We have had a few people propose at our concert. We just played a concert at The Kee to Bala in Muskoka. Somebody had reached out beforehand, this fella, and he wanted to propose to his girlfriend who he had been dating for nine years. He wanted to propose to the song And Then Some, one of our new songs, and on the second chorus he got down on one knee and she said yes. It was a really touching moment.

We usually put our hands in, like a sports team. Usually it’s about something that has happened to us that day that is pretty mundane and silly. When we play Laurier, it’ll be a hands in to the A-team.

How did you decide to play for Laurier’s orientation week?

The experiences of seeing bands during frosh week is something I will always remember. I saw Sam Roberts play, Sum 41, bands like that. Those bands will always mean something to me because of those experiences. When we get asked, we really like to try and connect.

Downtown, I just like downtown. I like to walk around downtown, lots of coffee shops, restaurants. I like bicycling over to a friend’s house, or meeting up at a bar or restaurant. I like not having to get into a car.

How does your degree in political science influence your musical career?

We have some songs out that are political in nature, like the songs Whistleblower and Cynical Bastard. We spend a lot of time touring around America, we like to get into healthy, heated debates about the state of America and Donald Trump.