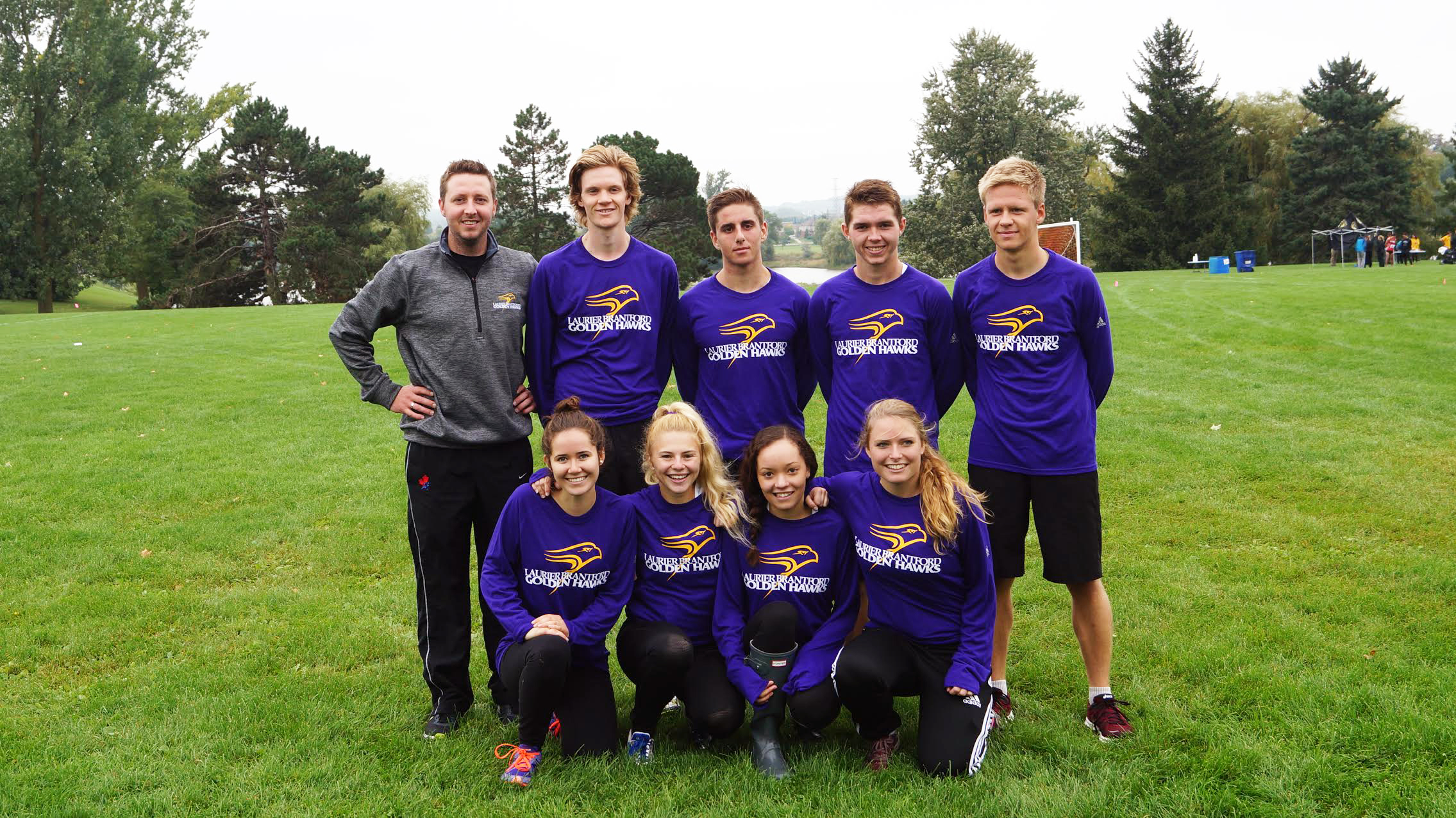 Laurier Brantford competed as a team for the first time, with Mahayla Markell getting the top result for the Golden hawks.

Markell once again was the star for Laurier with a 38th place finish in a time of 26:11. She finished between a pair of groups with Laurier students.

“I was running with some other girls from Laurier and we were competing and pushing each other to get the best time we could,” Markell said on the competition. “You worry more about time more than your place while you’re out there.”

Head Coach Cory Currie has worked with Markell on staying positive, “Tricking the brain into switching negative thoughts into positive thoughts is key for her and something we have worked on.”

Currie also said, “[Markell] has lots of potential for the next couple of years.”

In the men’s race three of the four Laurier Brantford runners crossed the line as a group. Simon Crowley crossed first to finish 65th with a time of 40:02 followed two seconds later by Craig Van Manen with Jerrett Putt behind him in 67th place with a time of 40:19.

Van Manen said on the ending that it was “awesome to finish together in our first race and have a photo finish.”

Crowley was ahead of his fellow Golden Hawks most of the race before falling back near the end. Crowley said on the course, “It was intense, lots of hills, way more intense than I was expecting.”

Despite this Head Coach Currie was encouraged by the way the men finished, “If they stay together at the start of the next race and work together they have a really good chance to improve their results”.

After the race Simon Crowley is already looking forward to the future, “[Today] was about getting our legs ready for future races.”

The team will be competing next at Seneca College on Oct. 15 for an OCAA event. They will return to Seneca two weeks later to compete in the provincial championships.

After only sending three runners to their first event with minimal practice Laurier sent a large group to compete in the Don Mills invitational at Waterloo. The seven runners Laurier sent had to compete against OUA competition and a longer course. The men ran 10 kilometers instead of the eight that they ran in OCAA competitions. The women ran an additional kilometer compared to the five they regularly run.

The long race did not take away from the experience for Van Manen who said that it was “Pretty cool competing for Laurier in our first varsity event and something I’ll definitely remember forever.”