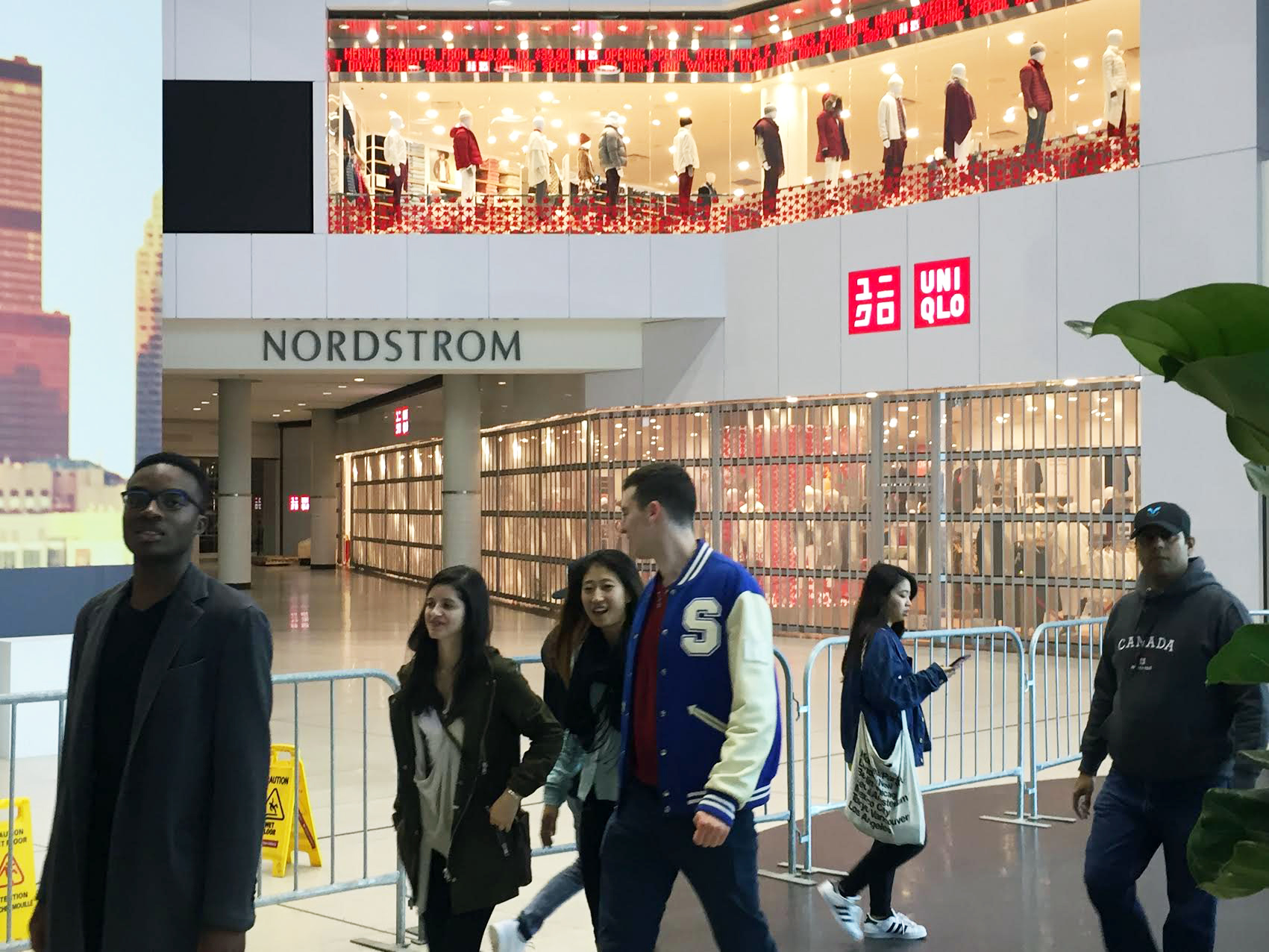 Canada has been strongly neglected in the fashion world for reasons we aren’t fully aware of. Could it be that Canadians have been content with its fashion thus far? Even if this was the case, Canada must prepare for future consumers. The grand openings of Toronto’s first Uniqlo store, alongside Nordstrom are sufficient proof that giant retailers are now paying attention to Canada. It’s about time if you ask me. However, Canada still has a long way to go still. Don’t think that these tourists are going to travel here for these fancy events, and not want to shop as well.

It seems as though Toronto is now finally catching up to other major cities in terms of fashion retailers. If you can remember, Topman opened up its first location at Yorkdale mall between 2010 and 2011, according to Newswire.ca. A second location opened up later on at the Eaton centre. I must say, this was a big one. The grand opening of Topshop/Topman was a big deal for me. Am I the only one that feels weird going to a shopping mall and not seeing a Topshop store? I could be, but nonetheless, I feel like Canada needed another fashion retailer that had basic fast fashion items. I’m sure it was exciting for Canadians to have another option for fast fashion other than H&M and Zara. Fast-forward to 2016, we now have two new giant fashion retailers. Uniqlo had its rather extravagant opening on Sept 30th at the Eaton Centre, according to blogTO. Let’s not Nordstrom’s grand opening which was also held at the Eaton centre on Sept 16th. I believe that these two retailers are much needed in Toronto and Canada as a whole.

In my opinion, Canada does not have much to offer when it comes to fashion. Holt Renfrew, Harry Rosen and the bay are popular among Canadian fashionistas. If you have been to these stores, then you’ll know how ridiculously pricey the clothing is there. You shouldn’t have to fork out large amounts of money to look good. You ought to be able to go shopping and buy a full outfit for a reasonable price. Some will argue and say “I can already do that.” Here is the question: can you go to a variety of stores, spend a reasonable amount of money and purchase quality clothing in Canada? Many of the clothing stores in Toronto are quite pricey. Fast-fashion stores such as; H&M, Zara, American Apparel, Garage, Aritizia, Old Navy and Gap act as the foundation for fast fashion in Canada. Fashion retailers that mix fast-fashion with higher end clothing such as: Marks & Spencer, River Island and Next offer high and low end clothing for cheaper prices than you would expect. These retailers are currently non-existent in Canada and are only available across Europe.

I believe that Uniqlo and Nordstrom will usher in more fashion retailers into Toronto and Canada. Alongside these retailers, British fashion retailer, Reiss opened up its first store at the Eaton Centre in 2015, according to blogTO. Reiss is quite pricey but you can snatch a bunch of high end clothing during its sales. This is an example of what Toronto should have more of. A larger variety of fast fashion clothing. Fingers crossed that we will see more of these stores here in Canada. Aren’t you tired of shopping at the same old stores? Be honest and take a good look inside your closet.