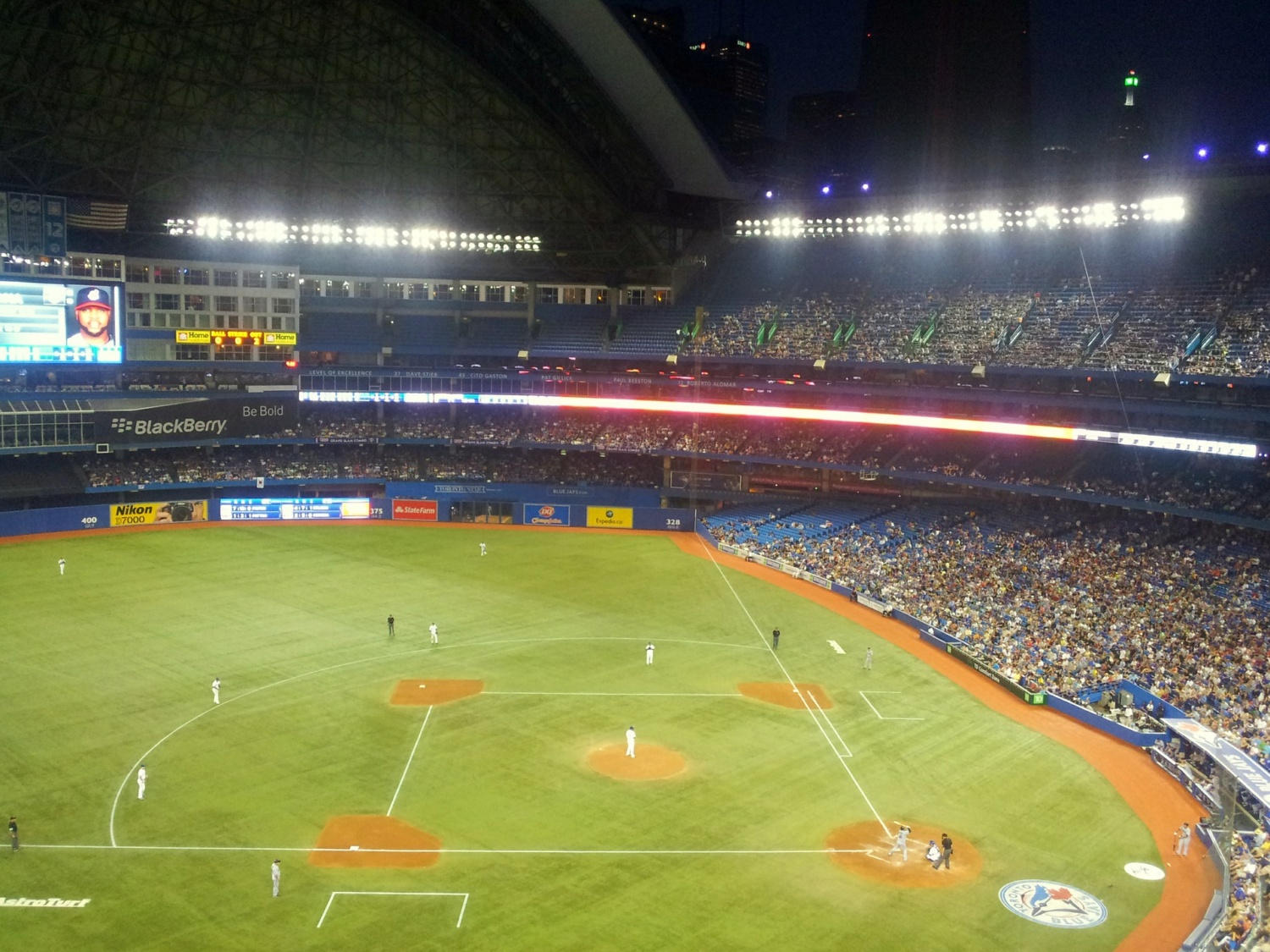 The Toronto Blue Jays’ World Series window has prematurely closed after years of bad management, and spring training has not even started yet.

The past two seasons, the Blue Jays made the playoffs and advanced to the ALCS, but that is where their playoff run ended. Enjoy the memories of walk off home runs and bat flips Toronto sports fans. It will be a while before you see another playoff game inside the dome.

After winning the American League East two years ago, the Blue Jays elected to move on from General Manager Alex Anthopoulos. New president Mark Shapiro hired his former apprentice Ross Atkins, but the decision to move on from Anthopoulos was the correct decision.

In the last year of his contract, Anthopoulos traded away the future to save himself. Anthopoulos figured if he could make the playoffs he would get a new contract, he guessed wrong. Despite making the playoffs, the Blue Jays moved on and so has the rest of the Major Leagues. Two years later, Anthopoulos has not landed another general manager job.

In the summer of 2014, Anthopoulos gambled with every chip he had hoping to hit the jackpot of a championship. Ultimately Anthopoulos made it to the final table, but when he pushed his stack of chips to the middle of the table, he was sent home with nothing.

In separate deadline deals, Anthopoulos unloaded highly touted pitching prospects Jeff Hoffman and Daniel Norris, along with others. Initially the gamble proved worth it and the Jays won the AL East for the first time since 1993.

Two years later, the Jays are paying the price for trading away prospects. Instead of having young talented players on relatively cheap contracts, the Jays are stuck paying inflated prices for past-their-prime veterans. Today, all the Jays have to show for in those deadline trades is the albatross contract, and declining ability, of Troy Tulowitzki on the roster.

Anthopoulos’ biggest blunder came in 2012 when he traded for 38-year-old R.A. Dickey. In return, Anthopoulos gave up top pitching prospect Noah Syndergaard. If the Blue Jays had Syndergaard right now, the window would still be open. It would be wide open because a rotation that features Aaron Sanchez and Syndergaard has two potential pitchers capable of winning a Cy Young award. Instead the Blue Jays received four mediocre seasons from Dickey, who the team left off their post-season roster.

The Jays hired Atkins who, in his first year running the franchise, has misjudged the market every step of the way. As Atkins was hired, sluggers Jose Bautista and Edwin Encarnacion entered the final years of their contracts. Every move Atkins made had to be made thinking about improving the club and counting his pennies. Atkins needed to have the money required to resign two of the team’s most important offensive players, but he did not do that

Instead Atkins looked for alternative solutions. Calling them solutions is generous, calling them stopgaps would be friendly. They are just mistakes, and ultimately they lead to Encarnacion signing with Cleveland.

Currently the Blue Jays have 11 players under contract for $126.5 million. Including $20 million each for the .254 hitting Tulowitzki and for Russell Martin who Anthopoulos overpaid, and hit .231 a season ago. For the Jays, both of those players will continue to decline as they get older but both will continue to be paid $20 million until the end of the 2019 season.

Atkins is responsible for acquiring Melvin Upton Jr., Francisco Liriano, Steve Pearce, Kendrys Morales and extending Justin Smoak. Combined, those four players are making over $39 million. Trading for Lirano can be defended because the Jays got prospects in return for absorbing Lirano’s $13.67 million salary. Down the stretch with the Jays, Liriano was one of their best pitchers. But in the first half of the season with Pittsburgh, the 32-year old was awful and no one can be sure which version the Jays will get in 2017.

Upton and Smoak were midseason decisions by Atkins. Upton and his contract were acquired from San Diego for very little. The Padres are paying $11.45 million of Upton’s $16.45 million salary, but 32-year old Upton has been on the decline for four seasons since signing his contract. Upton’s batting averages over the past four seasons have been: .184, .208, .259 and .238, use whatever advanced metric you want, the player formerly known as B.J. is a replacement level player. At the $5 million the Jays are paying him, it’s a bad decision.

The decision to extend Smoak is just awful. Smoak owns a career .223/.308/.392 batting line. Like Upton, Smoak is a replacement level player, but a player Atkins is paying $4.125 million dollars for each of the next two seasons.

34-year old Steve Pearce has never been a major league regular. Pearce has been a fourth outfielder for his career. Last season he hit .217. For his career Pearce has an average of .254, but Atkins figuring you can never have enough replacement level players, gave Pearce $12.5 million for the next two seasons.

Combine the contracts the Blue Jays gave to Pearce, Smoak and Upton and the Blue Jays have committed $21.625 million. The Blue Jays gave Morales a 3-year $33 million dollar contract. Morales solves one problem for the Jays, batting left handed. Morales averages 25 home runs and a .273 average, but he is a downgrade from Encarnacion.

The Blue Jays tendered Encarnacion and Bautista $17.8 million contracts. Both players could accept the one year deal, but it also gave the Jays a first round pick when Encarnacion signed with Cleveland. It also means the team was willing to commit over $36 million to the two players.

Would 42 home run hitter Encarnacion have resigned for a 5-year $110 million dollar contract? We will never know. Reports said the Blue Jays offered $80 million over four seasons. If they had not signed Pearce they could have given that money to Encarnacion. If the Blue Jays resign Edwin, their window is still open.

If the Jays had not extended Smoak they could have potentially signed Morales for the same contract and signed Bautista. It is not unreasonable to think that the 36-year old Bautista would have accepted a one year contract for $20 million and attempt to rebuild his value and be a free agent next season. The Jays could have potentially had a lineup as they had a season ago, with Upton replacing Michael Saunders in leftfield and Morales replacing Smoak.

TSN reported the Blue Jays were willing to spend $165 million. According to Baseball Reference the Toronto Blue Jays will have a $141.8 million payroll once all arbitration and pre-arbitration contracts are signed. If you subtract Pearce and Smoak’s $10.375 and add $42 million the Jays sit at $173.425. Still over the reported $165 million, but that includes contracts for Aaron Loup, Ezequiel Carrera and Darwin Barney. If you subtract the $4 million those replacement level players make, and you are closing in on that $165 million payroll. Instead the Blue Jays will be paying over $140 million for a third of fourth place team in the AL East.