The Sputnik’s Male Athlete of the Year 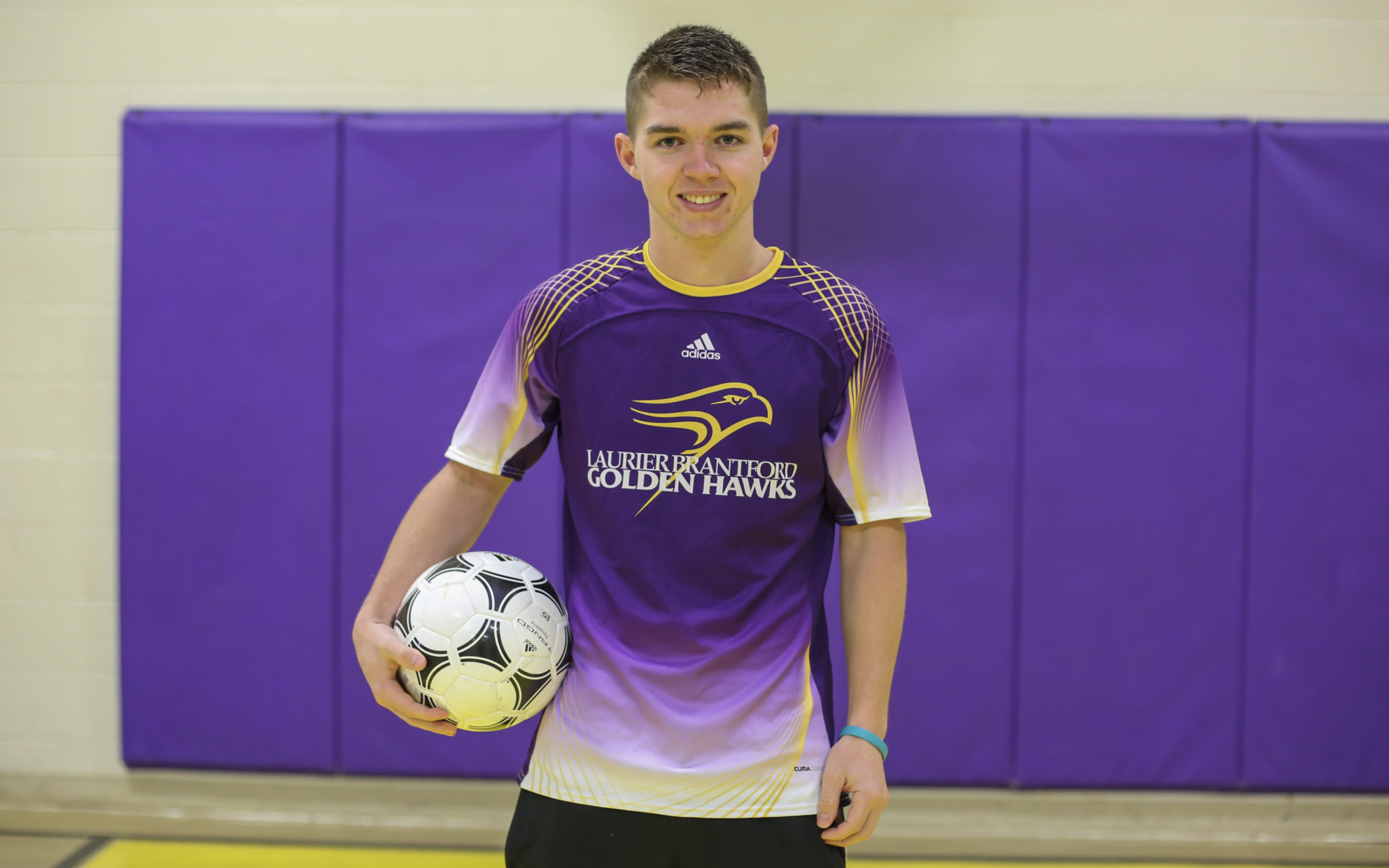 Jerrett Putt has earned The Sputnik’s Laurier Brantford Male Athlete Of The Year for the 2016-17 academic year. Putt was a member of both of Laurier’s first ever varsity teams as he competed in both soccer and cross country.

“Best part is the community, you meet so many different people through athletics,” said Putt on his favourite part of being a student-athlete.

Putt arrived at Laurier from Cayuga, ON three years ago and has been a consistent part of the athletic program ever since. When asked what drives him to compete Putt said, “the results honestly, most of the teams I’ve been on for Laurier have been successful. Our extramural (soccer) team was always top three. […] The community is another thing, Laurier’s athletes come from a small campus. I knew most of the athletes before I even joined the team, the fact that I was joining a group of guys or girls that I knew before was awesome.”

For Putt, doing a double major in human rights and criminology, he has remained committed to athletics while also maintaining his academic goals.

“I’m hoping to go to law school, it’s been my goal since grade ten when I started thinking about the occupation I wanted to do. Athletics drives me to live a busy lifestyle, then I kind of have to slow down and get my academics back in order. Academics have always come first for me; law school is my biggest goal,” said Putt on how Laurier comes before Golden Hawks.

Although he has remained focused in the classroom Putt was a key defensive piece on the Golden Hawks soccer team. Head coach Murphy Wiredu discussing Putt said, “he’s a guy that wants to win, his fight is something that every coach would want and he’s a hard-working guy.”

A key piece on the Laurier defence during the year, Putt was also able to experience his top athletic moment this year on the pitch, “Our very first varsity soccer game against Sheridan, no particular moment in the game, but the actual game itself. A 1-1 draw with Sheridan in a very defensive oriented game, boring I would actually consider the game overall, but we executed our game plan perfectly. […] That game overall, against a top five team in the province was very motivating considering it was our first game and the opponent that it was.”

The season did not end the way the team wanted but Jarrett did play a key role in helping establish the program.

“I’m very team oriented, I’ve always been a leader in everything I do. When it comes to soccer I’m a leader in different ways, I let my play do the talking. I’m pretty aggressive, I like to throw all 120 pounds of myself around and I like to pump the team up.”

As one of the smaller players on the field Putt was at a disadvantage physically at some points but he used that as motivation. “I like being the underdog, I’m an underdog player on an underdog team so what more could you wish for.”

Putt was always competing at full speed and his effort was recognized by his teammates.

“Jarrett is what I like to call the engine of the team. If the team ever needed a boost or ever looked tired and out of it he was the guy you could rely on to bring us up,” said soccer team captain Tyler Botelho.

“Jerrett is the type of person that everyone needs in their life, he’s a passionate, determined, motivated and hilarious guy,” said cross country teammate Mahayla Markell.

The work ethic on the field and the positive interactions within the community are why Putt has been named The Sputnik’s Male Athlete Of The Year.