The Sputnik’s Female Athlete of the Year 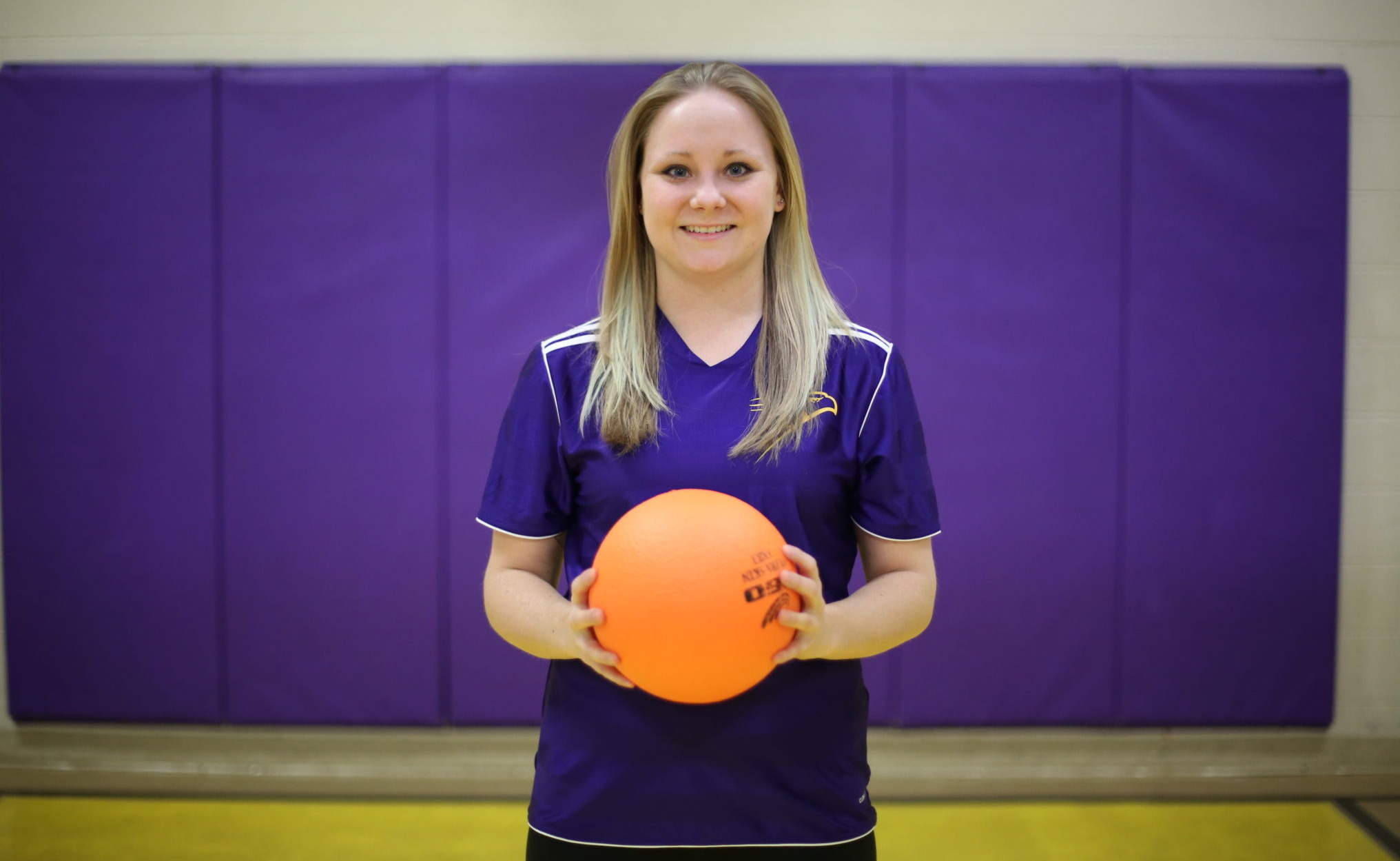 Meg Elmhirst has been named The Sputnik’s Laurier Brantford Female Athlete Of The Year for her participation on the extramural co-ed dodgeball team over the last two years, as well as her role as captain this year.

“She was very passionate about the sport and did a fabulous job motivating the team not only on the court, but also when they weren’t playing,” said Megan Jacklin, the Laurier Brantford coordinator of fitness & lifestyle programs.

Elmhirst is currently in her fifth year of concurrent education at Laurier Brantford.

“I’ve always been interested in teaching, and this school had the best program that best suited my needs.” said Elmhirst. “There were other options, but this was the best one and I really liked the feel of the campus when I came on the tours.”

However, the program itself isn’t what she’ll look back on when she leaves.

“I really liked the diversity of the people that I’ve met,” she said. “It was a program that allowed for a lot of volunteering, and just meeting people with different interests, but also connecting with one interest.”

High school played a large influence on her future athletic career at Laurier. Whether it was representing Ontario in competitive gymnastics, co-ed volleyball, coaching her school’s dodgeball team, or track and field, her time in high school motivated her to continue to pursue sports in university.

“Doing sports my whole life outside of school, it makes almost a necessity in your life to continue them. Having that school and team feel put together was really nice, because you have all your friends in the hall that are also on your team, and you build a close bond with them, but also a different bond that you wouldn’t build in class or at lunch time,” said Elmhirst.

“I was also the head of the athletic council in my last year. So I was able to put programming into my high school for athletics, which was a lot of fun to have that aspect (of sports) as well.”

Elmhirst had many memories to look back on from her year athletically, so many that it was hard to pick just one. It was all about making friends, and the “farewell tour” aspect of her last year that made the season memorable for her.

“We had a lot of new people on the team this year. It was nice to get close to them, and seeing your team become your family for the year. It’s great because as a team we all bonded.”

“It was tough, because it was my last year, and I became close with my co-captain, and he moved to England halfway through this year for his placement overseas. It’s always sad to say goodbye, and play your last tournament, but the team really excelled this year.”

While many athletes, or anybody in general, have a person they can look back on as an inspiration, that’s not the case with Elmhirst.

“I’ve played so many sports that it’s hard to pick just one person specifically. I’ve never really had one motivation,” she said. “My mom has always supported me and my athletics, but I’ve always just strived to be the best no matter what, and if I see someone doing something that I think is great, I think, ‘Wow, how can I reach that level?’ and I always push myself to be the best that I can possibly be.”

While representing your school can always be a tough task, especially as a captain, Elmhirst has shown resilience, and has always embraced it.

“I’ve always had a lot of school pride, no matter what school or association that I’m involved with. I always want to be the best representation that I can be, whether it be through athletics or not,” she said. “I think the pride of working your butt off, putting the jersey on for the first time, and always holding onto that feeling that I’ve made it, that I’m here, that not everybody gets to wear this jersey, and always remembering that throughout your whole career as an athlete with the school, it means so much, being able to represent your school in different places. Not everybody gets that honour.”

What are her plans after she’s graduated this year?

“Working,” Elmhirst laughed. “I want to work for a year, make some money, and I plan on teaching overseas for a little while and travelling.”