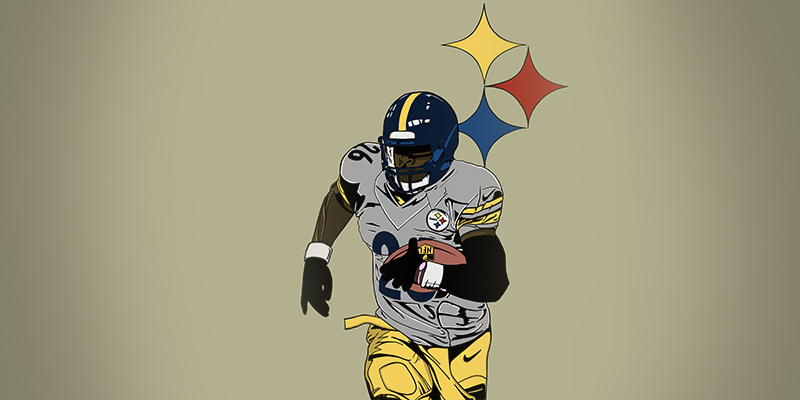 As the NFL season moves past week four, Pittsburgh Steelers running back Le’Veon Bell still has not returned to the team and as a result, has missed all 4 games his team has played. Bell still has not signed the $14.5 million franchise tag the Steelers placed on him that prevented Bell from becoming a free agent.

For many, $14.5 million is enough, especially as a running back in the NFL. Last season the highest-paid running back was Bell, making $12 million while playing on the franchise tag much like this season. Bell doesn’t believe $14.5 million properly represents his worth to the team, as he has demanded a salary closer to $17 million. He wants to be paid as a number-one running back and a number-two receiver, largely in part because of his pass-catching abilities. The Steelers are not willing to pay him that much money, and their rationale would not be unjustified.

Le’Veon Bell is a tremendous football player and he is arguably the best running back in the NFL. The Steelers have benefited from having him around due to his talents, but maybe he has become an overrated player instead of an underrated one. The Steelers offense has many weapons at their disposal, including the best receiver in the NFL in Antonio Brown, a future Hall of Fame quarterback in Ben Roethlisberger, as well as one of the best offensive lines in all of football. In other words, this offense can be a nightmare for opposing defenses with or without Bell. Many people overlook this when talking about Bell’s abilities, and if he were to play for another team – say the Cleveland Browns, a team that won their first game in over a year in week three – he would be the primary focus. Bell would most definitely struggle without the aid of the rest of the Steelers superstars to take pressure off of him.

James Conner’s success suggests the Steelers can make anybody look good. For instance, in week one, Conner had 31 carries for 135 yards and two rushing touchdowns, as well as five catches for 57 yards. This was a better performance than anything Le’Veon Bell did in the entire 2017 season. Conner was a third-round pick in the 2017 draft and spent all of last season as Bell’s backup, but he has impressed people through the first four weeks of the 2018 season filling in for the absent Bell.

The most troubling thing for Bell is he can’t seem to stay on the field, making many wonder if he is worth more than $1 million per game. In his five-year career, Bell has played all games in the regular season and the playoffs just once. He has had injuries, but he has also missed games for drug-related reasons, and so his dependability has been called into question.

Is a player of his calibre worth the risk that comes with spending $17 million on him? For the Pittsburgh Steelers, with an alternative such as James Conner, a survivor of Hodgkin’s lymphoma, a local player and fan favourite who works hard and has gained the respect of his teammates, the answer may very well be no.