Let’s not sugar coat it 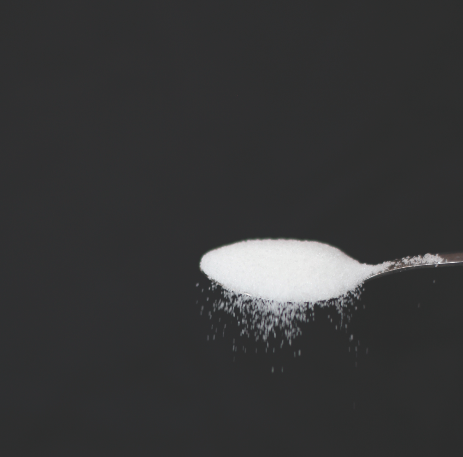 “That was so sweet it gave me diabetes,” or “I’m definitely getting diabetes after this” are phrases I have heard countless times over the course of my relatively short lifetime. If I were anyone else, I would not give seemingly innocuous statements like those a second thought. Having been a Type 1 diabetic since the age of four, however, I cannot help but be affected by comments like these, which I hear on an almost regular basis.

According to the Canadian Diabetes Association, more than 300,000 are currently living with Type 1 diabetes. Despite this, most people I have encountered don’t really seem to know what it’s all about.

The official website of the Juvenile Diabetes Research Foundation (JDRF) says, “Type 1 diabetes is an autoimmune disease in which a person’s pancreas stops producing insulin, a hormone that enables people to get energy from food.” It happens when the immune systems attack the cells that produce insulin, for reasons still largely unknown, and is most commonly diagnosed in children and teenagers. There are no preventative measures to be taken to decrease the risk of developing Type 1 diabetes, and there is not currently an available cure.

Alana Quigley, a first-year journalism student whose joyful energy is enough to fill any room she enters, has been a fellow Type 1 since the age of nine. She says that one of the most frustrating things she faces is dealing with the wrongful assumptions and ignorance. “We have to try to explain that we didn’t do anything to get Type 1, because they think you’re just lazy,” Quigley explains. She remembers having been bullied in elementary school by kids who didn’t understand her condition, taunting her with their school snacks. She also recalls having to deal with many well-meaning but misinformed adults. “I went to a friend’s birthday party and they had cake there, and her mom literally wouldn’t let me have any,” she says. “If I eat a piece of cake, I’m not going to just get diabetes!”

Tyler Winter, a calm, laid-back young man with a sarcastic sense of humour, is also in his first year of journalism and was diagnosed with Type 1 only five years ago. Despite this, he has also heard his fair share of misconceptions. Fuelled by this lack of education, Winter strives to make a difference in the way people see things. “I like informing people about it,” he says, “because I want to break the stigma of diabetes equals fat.”

Both Quigley and Winter talk about the small struggles of day-to-day life being a diabetic brings: from the numerous scars and calluses, to having to constantly lug around supplies, to needing to perform blood sugar checks before each and every meal. To many, these things may seem somewhat inconsequential, but for diabetics, they are matters of life and death. As Quigley says, we “literally can’t afford to forget.”

The consequences of forgetting can be deadly. The Canadian Diabetes Association says that the life expectancy for people with Type 1 diabetes may be shortened by as much as 15 years. This shortening of life expectancy is caused by the many complications of the disease, which, according to the Mayo Clinic, include a heightened risk of developing various cardiovascular problems, nerve damage, kidney damage, and eye damage that can potentially lead to blindness.

Despite all of this (or rather, because of it), Quigley says that the disease has instilled in her a certain kind of maturity that she perhaps may not have developed otherwise. “I think it made me more independent and more self-reliant because it gave me a sense of responsibility.”

As for me, I’ve found that living with Type 1 diabetes can be many different things: it’s the everyday difficulties, like constant carb-counting (which, for someone as mathematically challenged as I am, still hasn’t gotten much easier after fifteen years); it’s not being able to leave the house without a purse to carry a juice box, my glucometer and my insulin needles, even when all of my friends are heading out to the club with just their IDs and cell phones; it’s the reluctance to take my life-saving medication in public for the pure fear of people thinking that I’m injecting illegal drugs; it’s the continual feelings of humiliation and shame over having a disease that I had no control in preventing (feelings that, at nineteen years old, I’ve only recently managed to overcome). It’s all of these things, and so much more.

This is in no way meant as a pandering for sympathy, nor is it meant to preach at anyone who, before reading this, was not educated about the complexities of Type 1 diabetes. Rather, it is simply meant to help people understand something that they might never have had the opportunity to learn about otherwise.

In the spirit of National Diabetes Awareness month, I highly encourage everyone to learn more at JDRF.ca and join in the fight for the cure.