Laurier offers students a wealth of sports clubs this semester 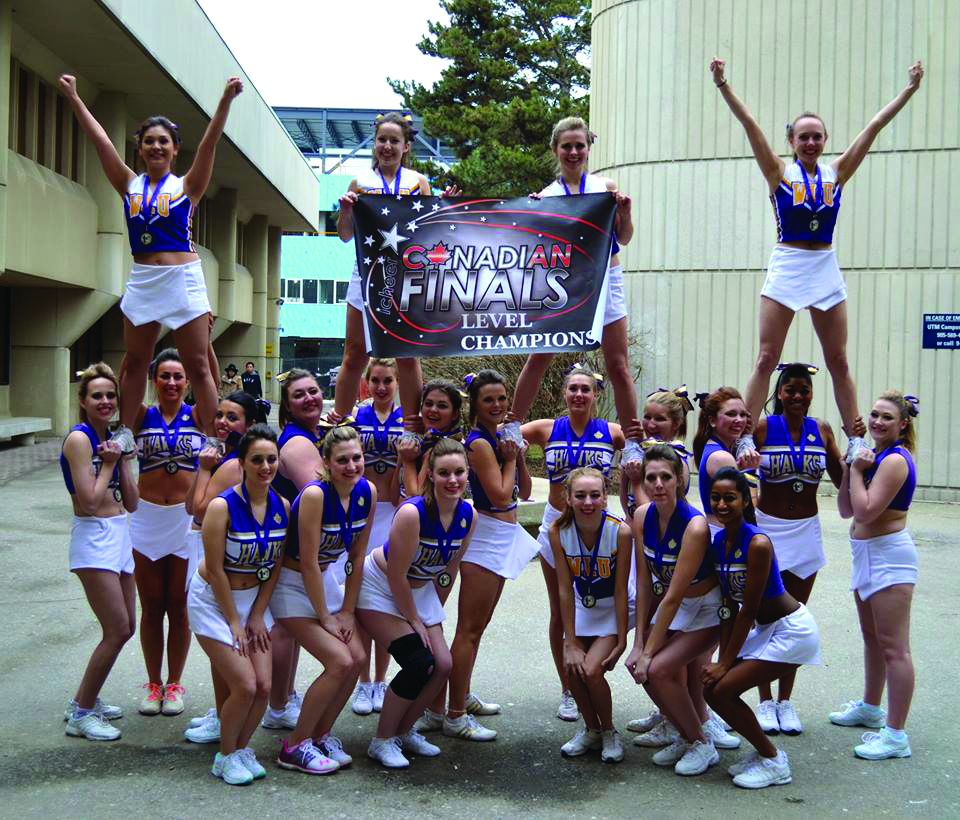 Not interested in the limited number of extramurals, can’t find just what you’re looking for in intramurals? Or maybe you want to bring a new sport to campus. That’s where sports clubs come in.

There are seven registered sports clubs so far, with at least two more joining the fray this year. KAOS Dance Team is the oldest and most well-known club on campus, followed by the Cheerleading Team and Powder Puff Football, which is a competitive women’s flag football club. There’s also a women’s basketball club, women’s rugby club and a badminton club. Run Laurier is the newest registered club. A figuring skating club and an aquatics club are also starting up this year.

Many of the clubs are female oriented because Laurier Brantford’s large female student body began expressing to one another their desire to have more athletic opportunities for women on campus, and the opportunities are still increasing. Women’s softball should be coming to campus this year.

Ally Bochek, a fifth year concurrent education student and the current Sports Club Co-ordinator, began her experience with sports clubs on the Cheerleading Team. She went from never having cheered in her life to eventually becoming the president of the team and helped bring them to their first competition last year. She says opportunities like that set Laurier Brantford apart from other universities.

“That’s what I love about this campus, it’s truly a small enough campus that one student can make such a big change and such a big difference,” says Bochek.

Bochek also stresses that sports clubs are for everyone, whether you’ve been playing a sport all your life or have zero experience.

“The figuring skating club that is starting this year, there’s girls and men who have come to us saying they’ve never skated before but would love to learn, and that’s the nice opportunity that sports clubs have that intramurals and extramurals don’t. It’s not necessarily competitive, so we accept absolutely everyone,” she says.

The fee for joining a sports club is minimal, only $20 unless a club is very competitive, in which case the fee could be slightly higher to cover competition expenses. The money paid towards the clubs goes right back towards keeping sports clubs running and also provides those students with a gold discount card. The card includes a discount at Golden Grounds Coffee House, College Source for Sports, and a 15 per cent discount at the Stedman Community Bookstore – so you can load up on Laurier swag. The Laurier Athletics and Recreations team is hoping to add even more sponsors this year.

If you’re interested in starting a new sport on campus, the process for starting a new club is almost as easy as getting involved. It really puts the power in the students’ hands to shape their university experience.

“You could be interested in the strangest sport in the world but as long as you have ten people interested, fill out a two page application, you’re set to go and we give you 100 dollars to start the club,” said Bochek.