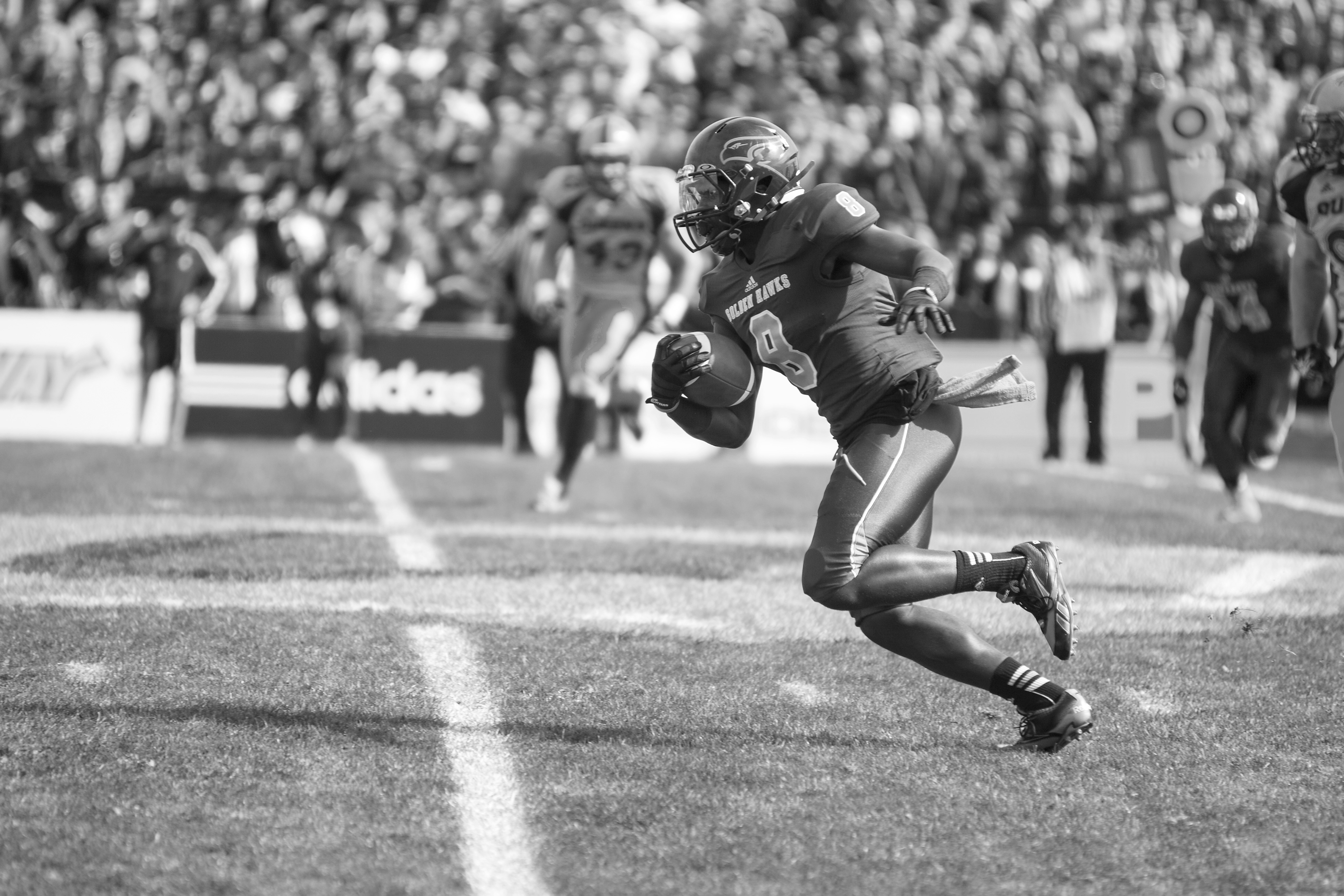 2013 being a year to forget for the Laurier men’s football team would be an understatement. The Golden Hawks went 1-7, their worst record since 2002. This continues a downward trend to what was once a solid football program in the OUA as the team has not had a winning season since 2009 when they went 6-2 and made the OUA semifinals.

However, the Golden Hawks can’t go anywhere but up and head coach, Michael Faulds is very excited for the squad that he and the Laurier coaching staff has put together for 2014.

Faulds, who came over from York University where he was an offensive coordinator didn’t have any experience as a head coach and one large role that played into the team’s 1-7 record was their need to learn on the fly. Coach Faulds brought in an entirely new coaching staff, running a different offence, which is a huge adjustment for any team, but especially when the inexperience of the coach matches that of the depth chart. The Golden Hawks were one of the youngest teams in the OUA in 2013 with 41 players being second-year students or younger.

“One of the biggest positives [for the upcoming season] is that there’s more continuity,”
Faulds says. “It was a full offseason with me as the head coach and a full year now where our
offensive players have been running our offense … Everyone’s come on the same page.”

There were certainly some major impact players that were large factors in turning the
offense around by the end of the year. Faulds credits the quarterback change from then-second
year QB, Julien John to James Fracas. Fracas held his own as a starter, completing 103 of his
164 passes, throwing for 1,312 yards and six touchdowns. “There was a greater confidence on
both sides of the football [once Fracas took over],” Faulds explains. “We’re going to ride James
Fracas as much as we can.” And it never hurts to have the OUA’s leading rusher in Dillon
Campbell, who ran for 867 yards and five touchdowns. With Fracas and Campbell both in their
fourth years, the team expects big things from them in 2014 to turn around Laurier’s fortunes on
the field.

This older, more mature Golden Hawks squad opens their season on September 1 on
the road against the University of Toronto, who finished 4-4 last season. The schedule seems to
favour the purple and gold this year. Their combined opponents’ record from last season is 31-
34, so they need to take advantage of the weaker competition until things ramp up in the last
half of the season when they play the OUA-champion Western Mustangs and McMaster
Marauders. “Football is a game of momentum … I told our guys we have to be healthy and
ready to go right from September 1 [against U of T],” Faulds says.

And although Faulds doesn’t like to definitively set goals for his team, internally they all
know what steps along the way they need to make in order to reach the ultimate goal of a
Vanier Cup championship. Going from 1-7 to championship contender might be a bit of a
stretch, but with very few players lost to graduation and every younger guy with a full year of
Faulds’ new offense under their belt, expect a much better team in 2014.