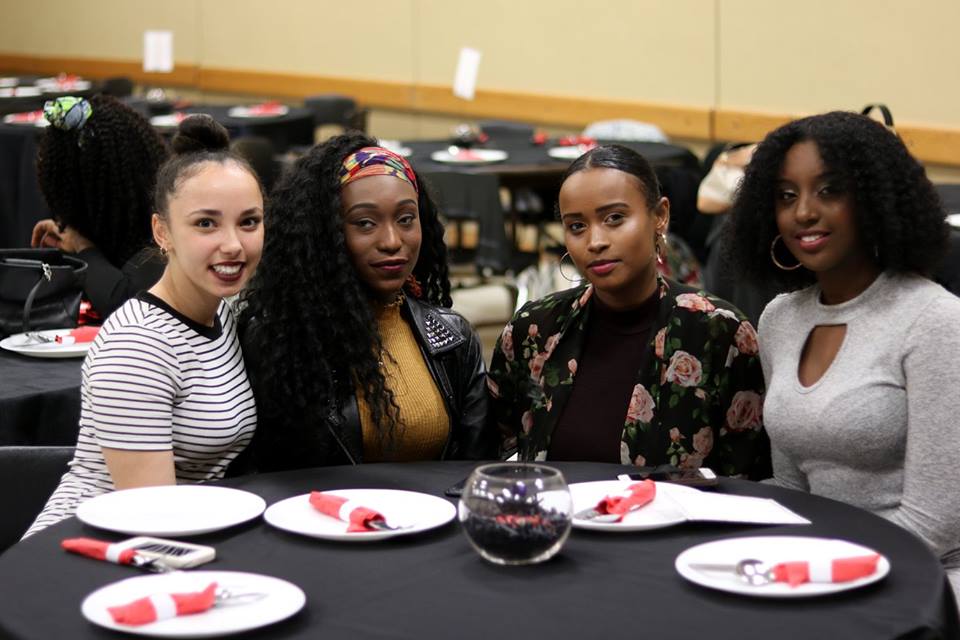 To conclude Black History Month at Wilfrid Laurier University, a collection of groups and associations on the Brantford and Waterloo campuses have been raising awareness, recognizing the lived experiences and ongoing struggles of People of Colour (PoC) and celebrating black culture as a whole through a series of on-campus events.

Organized by the Association of Black Students (ABS), Centre for Student Equity, Diversity and Inclusion (formerly the DEO) and Laurer Student Opportunities for Unity and Leadership (SOUL), the ABS and SOUL will be hosting individual gala events on Feb. 28 and Mar. 1 respectively.

There were events that occurred throughout the month as well, including the “Beating the Odds” conference on Feb. 8, coordinated by the ABS. The event has grown significantly since 2005, so this year marked its thirteenth anniversary.

This conference was designed specifically to educate and empower black high school students in the Kitchener-Waterloo region to pursue post-secondary education.

Ashley Bello, president of the Association of Black Students at Laurier, said that the current drop-out rate for black students in university is 75 per cent — a statistic that the ABS has chosen to focus on during these conferences.

This year the event had approximately 205 students — the most thus far — and included speakers and a series of events aimed at education and giving students the tools and resources they need to thrive.

“We do workshops, where we talk to students about code-switching, their resumes, we give them networking abilities — and just let them know that they can develop necessary skills at university and it is useful for them to [hopefully] decrease the dropout rate,” Bello said.

On Feb. 27 at 6:30 p.m., they will be collaborating with the Centre for Student Equity, Diversity and Inclusion and the Rainbow Centre to present a film screening of Moonlight, the 2016 Academy-Award-winning film about black identity and masculinity. The night will also include a general discussion surrounding the film to facilitate conversation surround its significance.

On Mar. 1, the ABS will be putting on its annual culture show, held in The Turret on the Waterloo campus and beginning shortly after doors open 6:00 p.m.

The night will be celebrating the various cultures of black students within Laurier and their communities through a series of performances, featuring dancers, singers, spoken word performances and fashion shows, in which people will model different cultural outfits.

“It’s just a fun night to celebrate cultures in general here on our campus because I feel like a lot of the time, we do feel like a minority on campus — so we want to have a day to celebrate that,” Bello said.

For Bello and others, being recognized on a campus where, as a minority group, they often feel invisible, is one of the main reasons why Black History Month is so important.

Being recognized and supported is also one of the reasons why she chose to join ABS in the first place.

“It helped me a lot with building my identity on this campus; so seeing what it did for me, I wanted to be a part of the group of people that creates that experience for someone else,” Bello said.

Black History Month gives marginalized individuals, especially students, a chance to celebrate and share knowledge about the large contributions the black community has offered the world, which empowers them to better acknowledge their own value and power in society.

“A lot of times, we focus on the oppression that we face — which, again, is a very serious thing that a lot of us do want to talk about. But I think it’s important that we do focus on how far we’ve gotten and remember to celebrate our achievements in general,” Bello said.

Black History Month offers organizations like ABS two major benefits: it gives them the chance to feel recognized on campus, especially with the activities and events they host, as well as letting them celebrate who they are, their differences and similarities.

Furthermore, it offers students like Bello the chance to learn about under-discussed or represented aspects of education, such as influential black figures and their contributions to history.

Lauren Burrows, education and inclusion coordinator at Brantford for the Centre for Student Equity, Diversity and Inclusion, echoes these sentiments, stating that “black history is our history — black history is Canadian history.”

“It’s world history — and therefore we should all participate in not only celebrating and learning about black history, but also incorporating that into our daily lives and that we all have shared histories and futures,” Burrows said.

However, the month is not without its misconceptions or controversy. One of the most common phrases when topics like Black History Month are discussed, is the often-echoed question: “What about ‘White History Month’?”

“The problem with that,” Bello said, “is that it’s one of those things that isn’t necessary.”

“I like to relate it back to BET [Black Entertainment Television]. That network exists because we weren’t being welcomed on other networks or we didn’t feel completely represented on other networks, so that became something that was necessary,” she said.

For those who are not PoC or a part of a marginalized group, but wish to offer their support, Bello says that one of the most important things that can be done is listening, taking their experiences in — and not discrediting them.

Understanding and acknowledging your privilege and not actively contributing to the problem, while remembering these guidelines, can help make you a much more effective ally.

“A lot of times, people want to debate with you, what they’ve seen or how they feel, when a lot of the time you can get your answer straight up if you just listen to what people are telling you, their experiences, the way that they’re experiencing them,” Bello said.

“Understand that, although it may not be something you see [or] that you are directly a part of, don’t try to make their experiences less real than they are.”

On Tuesday, Feb. 26, through the collaborative efforts of Laurier’s Centre for Student Equity, Diversity and Inclusion and the University of Guelph’s Office of Intercultural Affairs, the Guelph campus hosted “Freedom is a Constant Struggle: A Talk with Angela Davis.”

“Angela Davis is a leader in critical feminist and racial justice thought and is an educator who has been working to decriminalize communities that are experiencing poverty and racial discrimination,” said Lauren Burrows, education and inclusion coordinator at Brantford for the Centre for Student Equity, Diversity and Inclusion.

The event discussed the idea of cultivating personal resilience in a global community, emphasizing the power of building communities in the face of injustice and discrimination.

However, the ABS isn’t the only organization that will be offering events this month. SOUL, in Brantford, will be having its own Black History Month gala, “This Is Us,” on Feb. 28 at 8 pm, which plans to include a series of performances, talks, a fashion show and art and will be focussing on the theme of civil rights, empowerment, progress and solidarity.

Burrows believes that when it comes to understanding Black History Month from a non-marginalized perspective, systems of oppression that affect black communities also impact other communities which have experienced violence.

“For example, poverty is something that disproportionately impacts People of Colour, but it also impacts people who aren’t … and so I would say that our issues are all connected and that it’s really proof for us to do solidarity work in order to achieve liberation around the kinds of harm we all experience,” Burrows said.

What is most important for this month, Burrows claims, is the active practice of working to promote solidarity and unity between minority communities who feel marginalized, empower them and encourage them to achieve collective liberation.