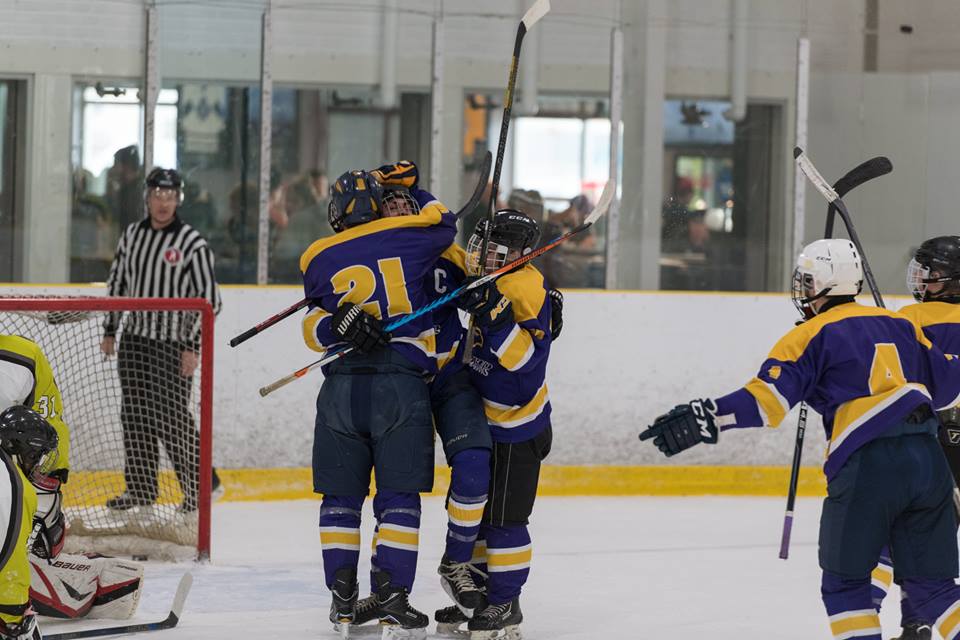 The men’s extramural hockey team played in a tournament on Friday at Humber North.

The team came out victorious in one of the three games they played. Their win was 4-1 versus the Centennial Colts.

The Golden Hawks weren’t so lucky against University of Toronto Mississauga (UTM) and Seneca College.

This was the Golden Hawks’ first tournament together and only had one practice leading up to it.

Led by the same coaching team as the men, the women’s extramural hockey team also played a tournament at Humber North on Friday.

The ladies weren’t able to record a win, however, that isn’t to say the day was a blowout. In their game against UTM they had a 14-player shootout. The Golden Hawks were faced with another shootout later on against George Brown.

In the third game the Golden Hawks lost 3-0 to Durham.

It wasn’t just the hockey teams who played tournaments on Friday. The men’s extramural basketball team competed at UTM.

The team lost all three games, and although they had an unlucky day the men didn’t let it get to their heads. Coached by Ethan McKinnis, the Golden Hawks were awarded the tournament’s Fair Play Award.

The women’s soccer club kicked off their year Saturday night at Syl Apps Arena in Paris.

The ladies had their first exhibition game against the U18 Brantford Galaxy girls’ team. With a turnout of 20 players sporting the purple and gold, Laurier Brantford won the 90-minute game 5-3.