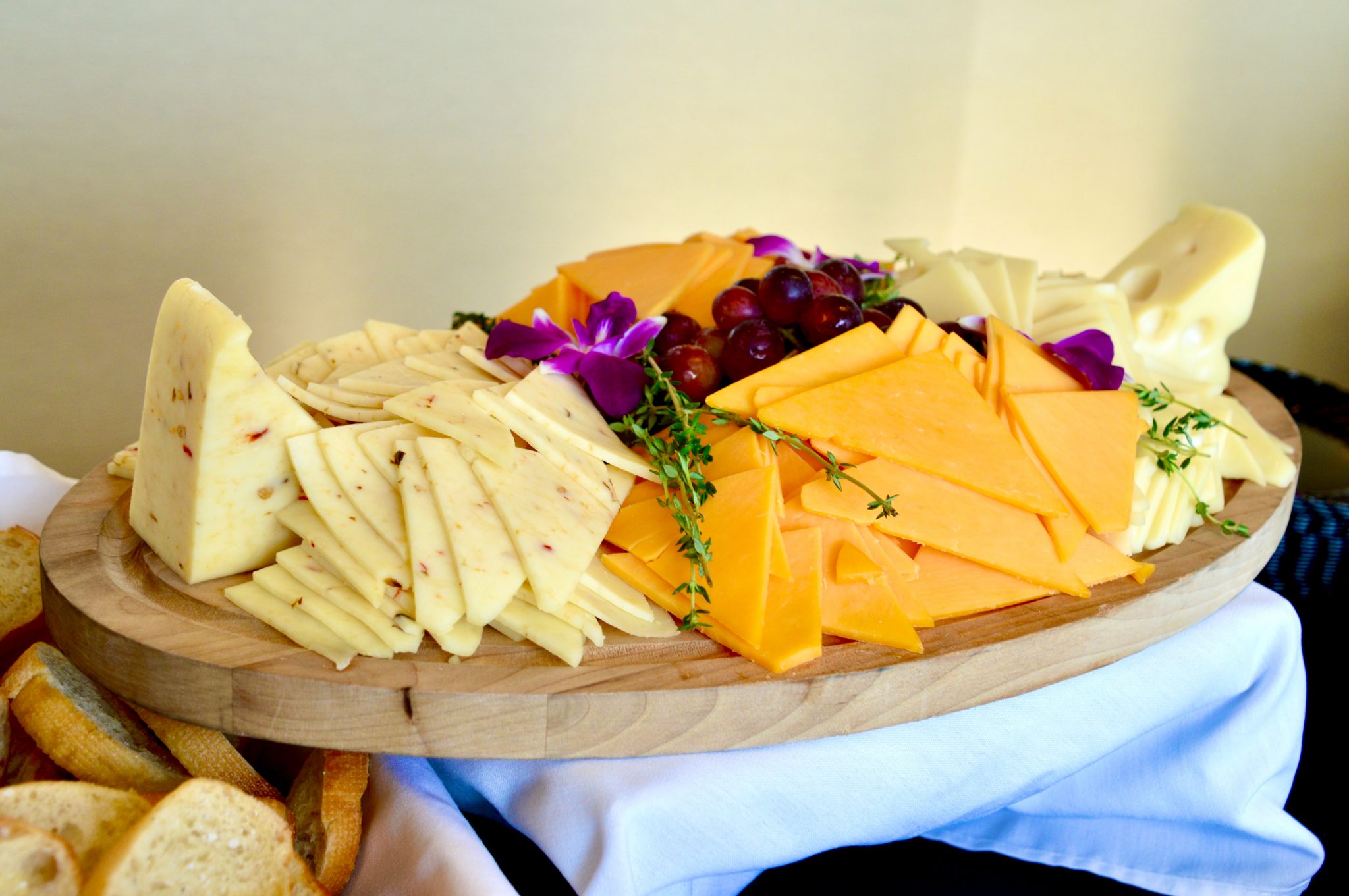 When co-presidents Nadine Simonffy and Sierra Mihalco set out to start the cheese enthusiasts club this year, they weren’t expecting quite the turn out they received.

“We thought it was just going to be like 10 people enjoying some cheese together,” said Simonffy, a fourth-year social work student. “We did not see the hype coming, but we’re pretty glad about it.”

Bailey Arnold, also a fourth-year social work student and the group’s administrative executive, first came up with the idea for a cheese club.

“[Arnold] really had a vision to find a new way to improve the holistic well-being of students at Laurier Brantford,” said Mihalco, a fourth-year forensic psychology major. “And I thought she was really ‘parmesan’ to something.”

The high level of interest in the club has posed some logistical challenges.

“It’s definitely challenging to source and fund cheese for that many people,” Simonffy said.

But for their first event on Nov. 9, the club found a way around that obstacle by making it a BYOC (bring your own cheese) event. A variety of crackers and juice boxes were provided and attendees could bring their cheese of choice to snack on. The event brought in about 20 people.

Mihalco and Simonffy said they were happy to see some unfamiliar faces in attendance too, as it was a sign the club was helping new connections to form.

“We all got to know each other and it was really, really nice,” said Mihalco.

When all else fails, count on cheese to unite the masses.

“Just thinking about having 67 people in a room eating cheese together, a lot of those people not knowing each other and getting to know each other over that common interest, I think that makes it worth it,” said Simonffy.

These cheese enthusiasts’ favourite cheeses? For Mihalco, it would have to be goat cheese. And though marble is Simonffy’s go to, Gouda and Brie are neck and neck in terms of what she calls her “treat cheeses.”

The club held their first “Cheese of the Month” meeting on Nov. 30, “Cheese-vember,” as they called it, featuring Gouda.

The next monthly meeting will take place on Dec. 8 at 7 p.m. in the multipurpose room of the Students’ Union Building. Simonffy said a name for that one is still in the works, although Mihalco seemed to like “Cheese-cember.” So far, what it’s up against is Simonffy’s suggestion of “De-cheddar… like cheddar December.”

Students who want to follow along with the fun, hear more cheese puns and join the cheese enthusiast club can reach out through The Nest or direct message the club on Instagram @lb_cheese.

If you ask Mihalco, “the club is all it’s cracked up to Brie.”

That’s one reason why, for Simonffy, “it’s so great to be a Laurier cheesy hawk.”