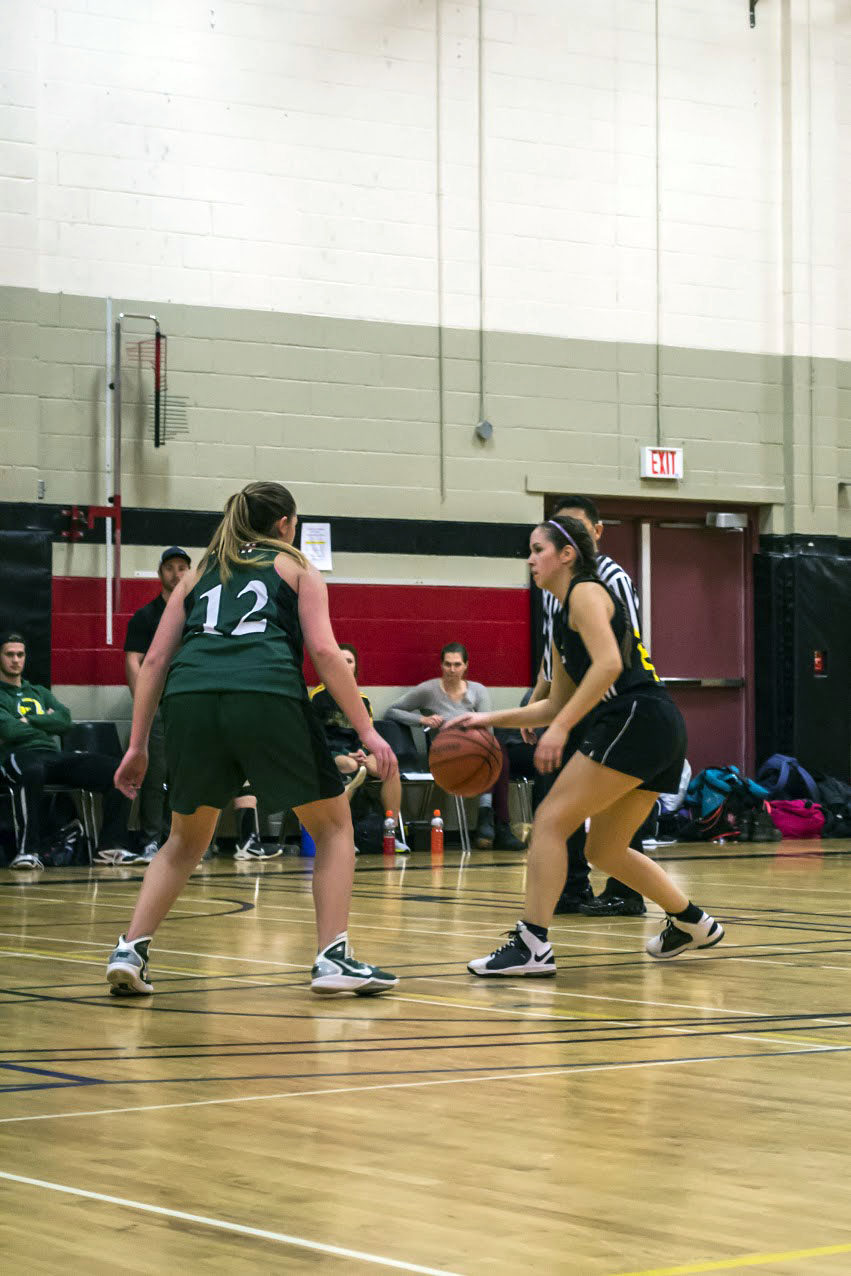 A pair of wins and a pair of losses left Laurier Brantford’s women’s basketball team in third place and just out of the championship game in their first ever tournament on home court.

The Golden Hawks started with a tough game against the University of Toronto-Mississauga. It was a strong defensive game for Laurier as they limited UTM to 24 points. Fourth year Torian Adamson lead Laurier with 11 points, with the rest of the team scoring six total as Laurier lost 24-17.

Laurier looked to improve in their second game against Lakeshore-Orillia. With 13 more points Adamson continued to dominate in the paint on offence. With more support on offence Laurier closed out a close game with some free throws from Natasha Brown to win 32-28.

With a 1-1 record Laurier could not afford another loss when they played a strong Humber North team. A strong start from captain Rachel Wallace and Adamson helped keep it close with Wallace scoring five and Adamson adding three. With the Golden Hawks down 12-8 after one, the second quarter was full of strong defensive play as Humber North extended their lead to 14-11.

Outscored 8-1 in the third and only managing eight total points over the final three quarters revealed where the team needs to improve on for later in the season. Playing a zone defence results in Laurier needing to limit turnovers so that their defence can have a chance to get in position to execute.

In their final game, Laurier went out with a strong offensive game as they scored 37 against Fleming. The score was tied at 10 at halftime before Laurier started hitting their shots and built a 24-14 lead. Laurier didn’t let off the gas in the fourth where they scored another 13 points and only allowed two. Adamson and Rylee Hill scored a team high 12 each, as six different Golden Hawks scored in the game.

Adamson scored in double digits in three out of four games, dominating the glass all tournament and was the star for Laurier. Adamson gave the rookies on the team credit for improving since their last tournament, “I think we did fantastic, a lot better than before. A lot of our rookies have been stepping up and doing a lot better since the first tournament.”

“I was really proud of everyone, everybody was talking so no disappointments here,” said Wallace. “Working on offensive plays and other than that we’re fine.”

Laurier’s next and final tournament is Jan. 28 at Conestoga College.