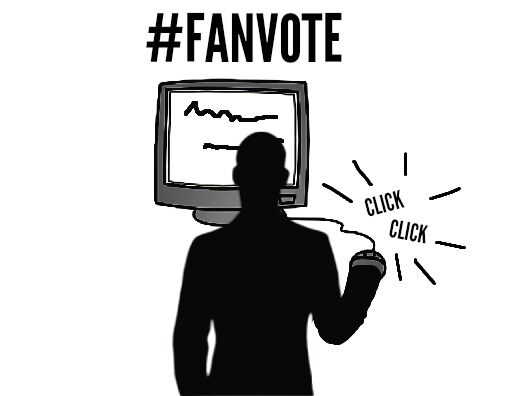 Let John Scott play. The ninth year NHL journeyman defenseman or winger, neither position he isn’t particularly good at either, was voted in as a captain for the NHL All-Star game and automatically into the league’s mid-season event celebrating the best players in the league.

In the traditional sense John Scott has no business being in the NHL All-Star. In no sense is he a good player. Scott is one of the worst skaters in the NHL, a fundamental skill to play hockey that some many say Scott does not possess. Outside of his inability to skate, Scott has no real skill outside of fighting. The six-foot-eight Scott tips the scale at around 270 pounds and has just five NHL goals to his name in almost 300 games.

So why does John Scott deserve to be an All-Star? Because it’s what the fans want. Sure, the fans voted Scott in because they had the ability to. Sure it’s a way for fans to mock the league, but who cares? The All-Star game is all about fun. The NHL recognizes that, and it is a driving force when the league elected to shift the All-Star game to a three on three format.

No matter the number of people who say Scott should not play, the fans want him to play, and because of that, he should. In the millennial era, All-Star games mean virtually nothing. Compared to the past eras, where All-Star games represented the one time of year, where fans across the country could watch all of the league’s best players. When you look at the demographic of people saying John Scott should not play, they are representing hockey’s old guard, who lived in an era where All-Star games represented one of the league’s most important events.

Today All-Star games are just fun for the players and fans. With the exception of baseball’s All-Star game, the games are meaningless and carry no impact on the season. With expanding multimillion dollar national television contracts, video games and internet streaming of virtually every game, fans are able to watch every game. No longer do fans just get the weekly games featured on Hockey Night in Canada. If someone wants to, they can watch multiple games a day.

For Hall of Fame voters, the season ending All-Pro teams are better representation of who the best players were for a given season. All-Pro teams are not voted on by fans and will never feature a John Scott on them.

Give the fans what they voted for, let John Scott play in the NHL All-Star game.