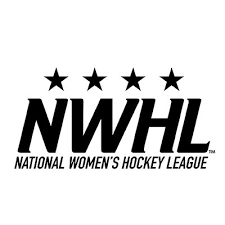 In the National Women’s Hockey League, the Metropolitan Riveters won their first Isobel Cup on Sunday against defending champions, the Buffalo Beauts.

Riveters goaltender Katie Fitzgerald earned MVP, made 21 saves and was the first goalie to shut out the Beauts all season.

The Riveters are the third team to win the Cup in the National Women’s Hockey League (NWHL).

The game put an end to the Beauts’ 11-game winning streak and broke the Beauts’ aspirations of being the first back-to-back Isobel Cup champions.

It was the individual effort of the Riveters’ Alexa Gruschow in the first five minutes that led to the only goal of the game.

Gruschow was the leading scorer in regular season play and scored her goal off a rebound produced by Beauts goaltender Amanda Leveille.

It was a great way for head coach Chad Wiseman to end his NWHL career. Wiseman has been the coach since the franchise began three years ago. He’ll be leaving his position to take on a role with the Burlington Cougars of the Ontario Junior Hockey League next season.

Over in the Canadian Women’s Hockey League, the Markham Thunder captured the Clarkson Cup after a 2-1 overtime victory against Kunlun Red Star.

Laura Stacey, a member of the Canadian women’s Olympic team, was the Thunder’s hero as she one-timed a pass from Nicole Kosta and scored the game winner.

Kelli Stack was named Canadian Women’s Hockey League (CWHL) MVP and scored the lone goal for the Red Star. The team’s goalie, Noora Raty, made 37 saves and was also named Goatender of the Year earlier in the week.

This was the first time the Thunder has won the Clarkson Cup. They competed for it in the championship in 2010 and 2012 but lost the game both times.

The Thunder defeated the defending Clarkson Cup champions in the best-of-three semi-final round earlier this month.

Kunlun Red Star is a team from China, hoping to use their experience in the CWHL as a way to build their women’s national team for the 2022 Winter Olympics.