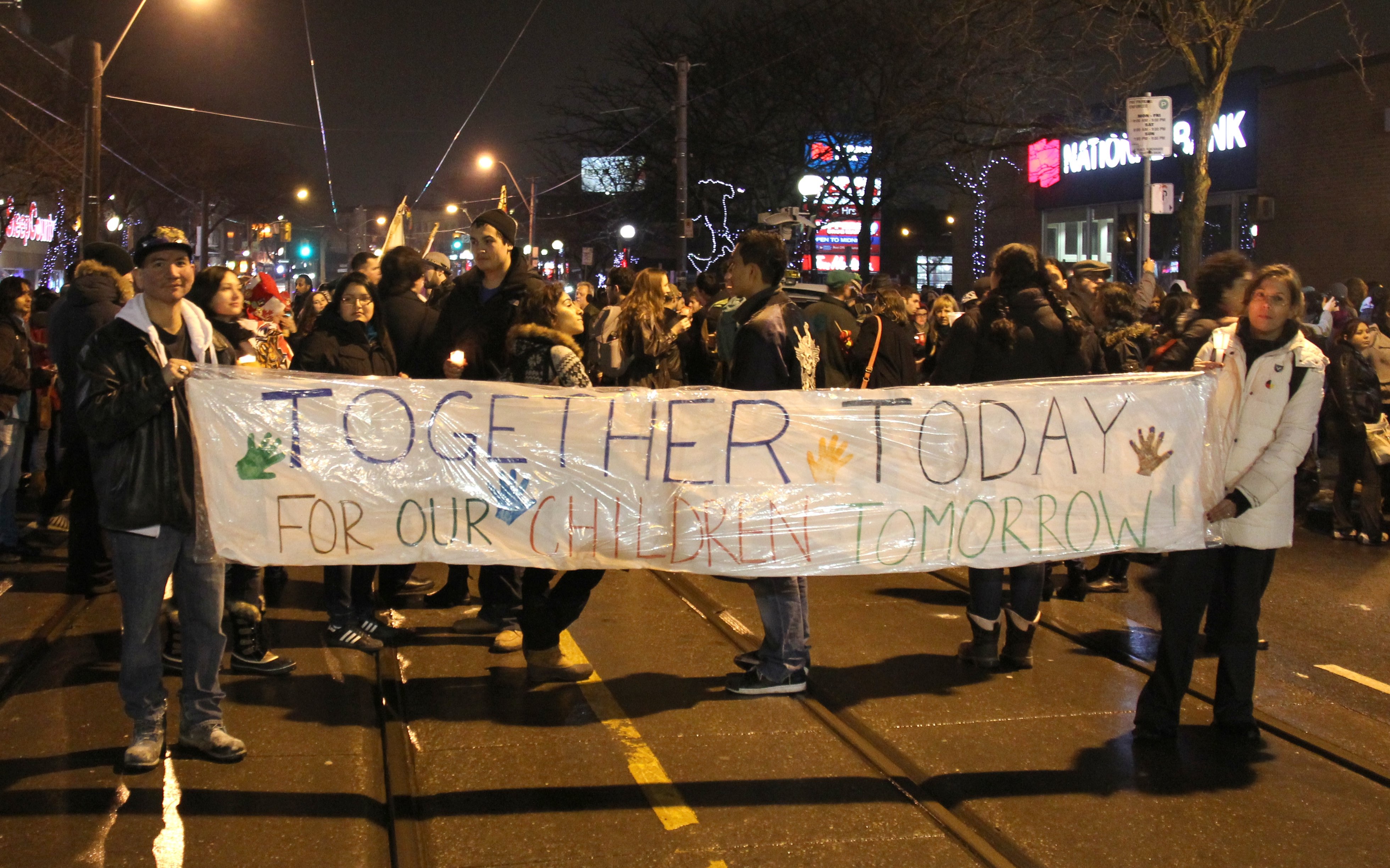 Protestors from the Idle No More movement formed a blockade in Downtown Toronto Friday night to bring awareness to treaty infringement by the Harper government.

Idle No More is protesting Bill C-45, an omnibus bill which runs over 400 pages, focusing closely on changes to the Indian, Navigation Protection, and Environmental Assessment Acts.

Stephen Harper met with representatives from the Assembly of First Nations in Ottawa today, and the protestors in Toronto shared a common of goal of creating solidarity with their partners in Canada’s capital.

“I’ve been a victim of colonialism, not honouring any of the treaties, education, [and] health,” said Philip Côte, one of over 200 protestors standing on College Street and Ossington Avenue. “The Bill C-45 is going to change a lot of things – it’s gonna take away our rights.”

Check out the next issue of the Sputnik for a feature on Idle No More.