‘I was abducted by aliens’ 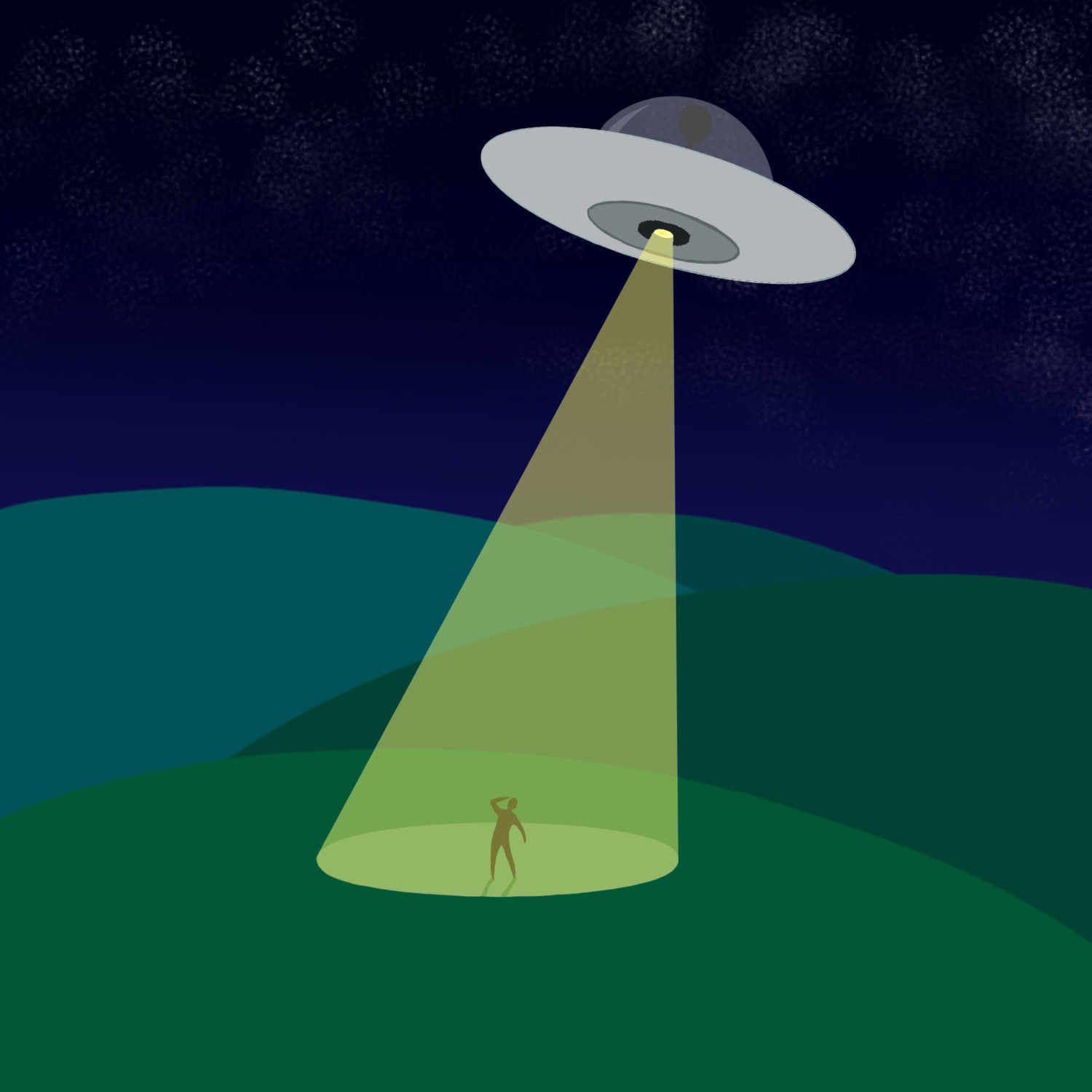 “I’ve seen the X-Files…” he quips as he paces the room and ponders my question. I ask him if the following event confirms his belief and he nods in agreement.

Sadat is a criminology student at Laurier. He also strongly believes he has been abducted by aliens.

“So this is probably 2011. I know it was 2011 because it happened when I was at driving school. I was in the 11th grade [so] I would have been 15 turning 16,” he begins.  “I was asleep in my home … and I had a dream where a spaceship came into my room,” he continues, pacing cautiously as we get into a conversation about the size of the room.

After the ship lands his memory goes completely blank. He wakes up the next morning to find his bed still shoved fastidiously against the wall – “to make space for the alien spaceship” – and a strange-looking cut on his arm.

“Physical evidence: there was a wound on my arm, and the bed was moved.”

He goes on to describe the cut, claiming it “looked like I got shot with two BB guns, side-by-side.” That wasn’t all though, shortly afterwards the wound transformed and the two small marks combined to form one larger circle. Spooky.

Sadat is definitely not alone; there has been a wavering trend of people online who claim to have been abducted, probed and even implanted with alien technology.

Many of these allegations are complete with photographic and physical evidence, with some including x-rays showing undocumented foreign objects, and some going one step further to claim that they still have the actual objects. Although no analysis has ever conclusively linked these objects to actual alien technology, UFO experts claim they could be either beyond our comprehension, or deactivated upon removal.

In an article from the Skeptical Inquirer, author Susan Blackmore attempts to explain some of these phenomena using several different theories. She disputes the popularly-cited Roper Poll – which purports that 3.7 million Americans believe they have been abducted – claiming that “the best explanation for many abduction experiences is that they are elaborations of the experience of sleep paralysis.”

Sleep paralysis is a phenomenon which causes an individual – either at the brink of sleep or just after waking – to experience the inability to react, move, talk or really do anything but watch. There are a number of other strange symptoms that may coincide, including hallucinations and vivid dreams, but you get the idea.

Blackmore offers up the following hypothetical: a woman who awakens in the middle of the night strongly senses some sort of odd presence in the room. She sees some strange looking lights, has trouble moving and feels the bed begin to shake. If she is familiar at all with any of the symptoms of sleep paralysis, “she will recognize it instantly,” according to Blackmore, but what if she has only been exposed to pop culture’s elaborate tales of human experimentation performed by strange alien visitors? What is her first thought going to be? As the author puts best: “in this borderline sleep state, the imagined alien will seem extremely real.”

If that’s so, where does that leave Sadat, someone who is totally aware of sleep paralysis and its bizarre array of symptoms?

I finish off our talk by asking him the burning question: can he be certain that he wasn’t just experiencing sleep paralysis?

“Nah, I can’t be sure.” He pauses. “It was just weird to have this dream about aliens… wake up with a shape shifting wound that [sic] you don’t know what it is… and then just be confused all the time.”