Humans of Brantford: Giving the city a face 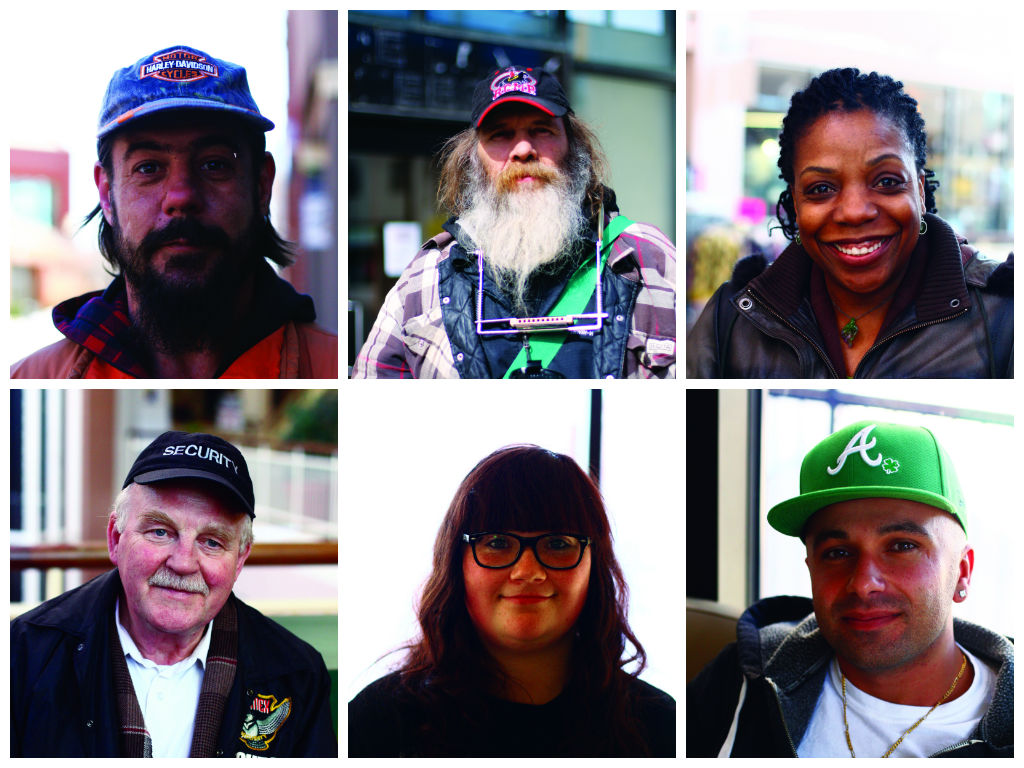 A collaborative project by Brittany Bennett and Dillon Giancola

Jaquie Daniel has loved her life in Brantford for about 25 years now, and currently works at Grand Erie District School Board’s Careerlink in Market Square. “I remember when they were announcing that Laurier was coming to Brantford. I said ‘wow, wouldn’t it be great if my daughter could go to a local university?’ And then I remember the day, we were just downstairs right here at her graduation ceremony,” Daniel recalled as she stood in Market square. “Or at least the after party. And that was a really great memory.”

Daniel said that it is rare to see someone start something like that and actually finish it, and she was very happy to be able to watch Chris Friel follow through with the Laurier plans even though he dropped out of office for a while in between. “I love it. I will never move anywhere else. I know you should never say never, but I love my Brantford,” said Daniel with a grin.

“There’s just very nice people here. They like to help, in Toronto they don’t want to talk to you, but here it’s different.”

“I like that it’s smaller. I like most of the people, with any town you have certain creepy people, but it’s good to have the student population.”

Ted Hoogsteen has lived in Brantford for about nine years now. He sat behind the information desk in Market Square as he explained, “My wife and I were living in Welland and my children said we want you to come closer to where we are. We put our house up for sale, within two weeks, put the last signature on the deed, and we were moving.” He now works as a security guard in Market Square. Hoogsteen has lived in many places throughout his life such as Europe, Michigan, and California, but said Brantford is his favourite of them all, it is his home. But there is one area that Hoogsteen thinks Brantford can improve. “We need a vision, started by the mayor, that will draw people, bring some excitement to the place.”

“I’ve gone around the world and never left Brantford… I’ve been here 55 years and I don’t want to go anywhere else.”

“It’s tough here because everybody knows everybody. Hard when you want to get away from certain things. But with the school it has really helped, they are really fixing it up.”

“When our kids were small, I liked that all the sports activities were so close. Like Wayne Gretzky Centre and the parks.”

Brandon Sears has lived in Brantford for 16 years, moving here from St. Catherines when he was six. He still loves it here after all this time. “People take care of each other, but there are a lot of crazy drama situations. I myself am a hermit. I don’t like to get out in the scene much a lot, and like to stay to myself.” Sears works at Crazy Bills, and enjoys the adventure that is working in downtown Brantford. “I love working in customer service. Especially in a convenience store because we get all types and walks of people. It can get a little crazy.” He contributes a lot of Brantford’s rebirth to Laurier’s presence, and the work that they have been doing in restoring the buildings and building new ones. “The general consensus is that the school coming to town brought Brantford back. A lot of people were skeptics when they tore the buildings down but now they can see that hey, it’s actually pretty nice.”

“Well, see, I don’t drive… because I’m on disability, but I like the fact that the bus service is pretty good. They are friendly, the bus drivers are very nice.”

“The more partners the university gets the more downtown is busier and cleans up and generates business. It’s good for everyone.”