How the UFC mishandled the Jon Jones cocaine incident 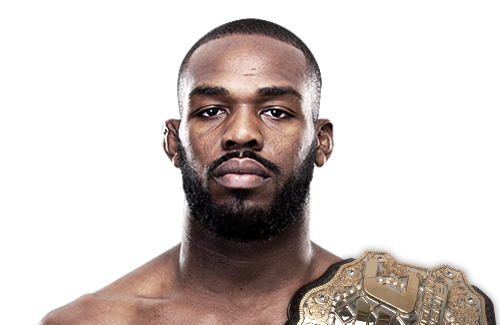 Jon “Bones” Jones was on top of the world. After a five round war, the young UFC light-heavyweight champion had just defeated Daniel Cormier, a man that had made it his goal to take the belt for himself. There was trash talk and tons of animosity leading up to the fight, but Jones ultimately won out.

Then came the shocking details that are only becoming murkier as the days pass by. Jones, one of the best UFC fighters of the modern era, had tested positive for cocaine. The test results came out on December 23.

Despite this, Jones still fought on January 3 and no one, not the UFC, Jones himself or the athletic commission said a word about the failed test until after the fight was over and in the books.

Despite Jones’s positive test results his win against Cormier are stood because the test is out of competition. That means that the verdict of Jones beating Cormier will continue to be valid.

The next order of business was to check Jones into a rehabilitation facility.  He actually did it himself, which probably served to help the overall situation. The young champion then went on the record and apologized to his family, training staff, UFC officials and his own sponsors for his actions.

According to UFC president Dana White, the company’s brass knew about the failed test but never considered cancelling the bout. That could be because Jones didn’t test positive for performance enhancing drugs. If he had, this could have been a completely different matter.

There could be major problems on the horizon if Jones fails another test. He was given the test after his fight. Those results have not yet come back. If he tests positive for a banned substance again, he could be facing serious trouble.

You could argue that the decision to withhold the information from the general public until after the fight was the right call. It would have caused a media firestorm for Jones who was still in training for his bout.

This incident also leads to another question: What if a fighter that isn’t as high profile as Jones gets caught in the same situation? Was Jones let off easy because he is widely considered the best pound-for-pound fighter in the world?Would a lesser fighter be immediately cut after a positive test because they wouldn’t have the appeal or the ability to generate a ton of money and advertising for the UFC?

This is also not the first incident Jones has been involved in. In 2012, he was arrested on suspicion of driving under the influence after he crashed his car. He plead guilty, had his license suspended for six months and was fined $1000.

The UFC is also within their rights to hand out some sort of punishment to Jones once his rehab stint is completed.  He clearly violated the UFC’s code of conduct. Will there be a punishment handed down? That remains to be seen, especially because Jones is a huge draw for the organization. Would it be worth it for them to punish someone who has such a huge impact on their business?

There’s two ways to look at this situation.  Dana White made the call to keep the fight on and not cause a crazy amount of negative attention towards Jones and the UFC in general. This was handled incorrectly in the sense that the UFC is putting business above all else. They need to be punishing Jones and sending a message to all other fighters that incidents such as this are unacceptable and that no matter who you are you need to be made accountable for your actions.

It’s not a good situation to ring in 2015 for the UFC. The promotion has strived so hard to be seen as a legitimate sporting enterprise, yet incidents such as these cast a shadow of doubt. Money is the root of all evil – this entire scandal boils down to that fact.

The UFC has made a mistake that was made worse by them not revealing the information until after the event was already in the books. If they want to be seen as a positive organization, incidents such as these can never happen again.