Golden Hawks trip up as they prep for regional qualifiers 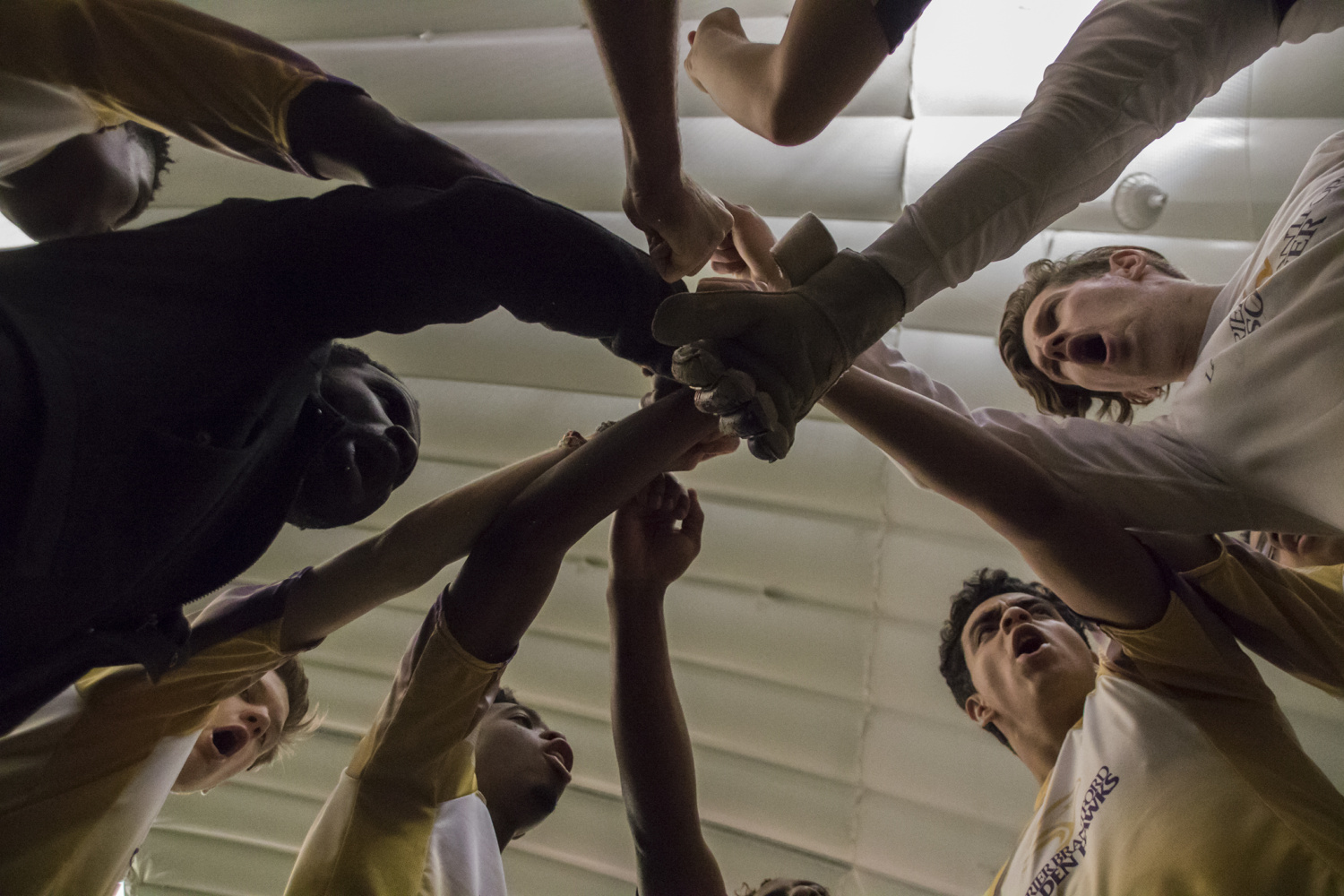 “I hope I never have to see that again” is not how you want to hear a head coach describe a team’s performance to start a tournament.

Laurier Brantford’s men’s soccer team entered the 10-team tournament on Feb. 18 with an outside chance of reaching the quarter-finals. An opening 3-0 defeat to Mohawk ended those chances.

The Golden Hawks opened with a good chance with Simon Crowley setting up Isaiah Ojo but the scored remained tied. Shortly after Laurier began to fall apart allowing two quick goals in which the defence allowed their opponents to cut in and get a good shot leading to a 2-0 deficit.

A third goal near the end of the game sealed the fate of Laurier, and lead to some heated discussion between players and the coaching staff. Head Coach Murphy Wiredu said to the team after the game, “That was the worst display of soccer I’ve ever seen. No organization, no fight.”

Wiredu would later clarify his emotions, “They weren’t 3-0 better than us, we just woke up to late and we did not fight like we should have and that’s what really got me upset”.

The players also felt that they could have performed better and needed to play better, Goalkeeper Pasquale Centritto said, “We’ve done shit and we need to stop walking around like we’ve done something because we’ve done absolutely nothing. We have the chance to do something but we have to work and play as a team.”

In their second game the team appeared to be re-focused and played much more aggressively and were attacking the ball as a team. Playing in his first tournament junior Andre Thames made his first start as a striker and was causing trouble for the Redeemer defence. The Royals would eventually score when a long-range shot was tipped in front of the net after appearing to be headed wide. Redeemer scored their second goal when co-captain and senior Levi Furber went down with a hamstring injury leading to a fast break chance and goal to make it 2-0.

Although Laurier loss some strong play from sophomore Denziel Henry and junior Simon Crowley did lead to a few chances. The effort level got the attention of assistant coach Jesse Asiedu who told the team after the game, “That was our best game all year even if the result doesn’t show it.”

Co-captain Tyler Botelho after the game said, “The whole season we blamed it on not having fitness and now we come out in our first game of the tournament and got slapped 3-0, that gives us a wake-up call. We need to come out here and actually work, we’re not just here to fool around and play for fun”.

Heading into their final game the Golden Hawks found themselves facing the familiar injury concerns that have followed them all season with Furber out and Botelho nursing an injury. Asiedu refused to use injuries as an excuse, “Next man up, everybody knows what their role is. We have a system; next man fills and has to complete the same job”.

Laurier, not out of contention for a playoff spot, played Centennial in rematch of their game from earlier this season which ended in a goalless draw. Midway through the game a Botelho corner was blocked but bounced right back to him for a second try. A driving cross ended up on the foot of Ojo who blasted in from in-close and gave Laurier hope of a win.

As the game continued the injuries mounted, Botelho, Crowley and Ojo were visibly limited with injuries. Centennial would take advantage on a corner of their own. Some poor play allowed a Colt to walk along the goal line from the corner before blasting one up high past Centritto. Wiredu criticised the team after the game for their effort on the goal, “We just gave away a game because we didn’t want to do our defensive responsibilities”.

Ojo’s goal was extra special because of a bet that was made before the game. A friendly bet lead to Ojo having extra reason to celebrate, “Oh yeah I did, I’m going to get my 40 dollars […] I pointed at him as soon as I scored”. The goal also meant that Ojo is tied for the team lead this season with three goals, including one in every tournament.

Although Laurier did not achieve the result they were hoping for, the team is still looking ahead to the regional championship. “Regional’s is what we’ve been aiming for all season. […] If we come out with the intensity from our second and third games we’ll give ourselves a good shot at advancing to provincials,” said Asiedu.

Regional’s will be held at Redeemer on March 10 with Laurier competing against Redeemer, Sheridan, and Mohawk with only two teams advancing to provincials from the tough group.