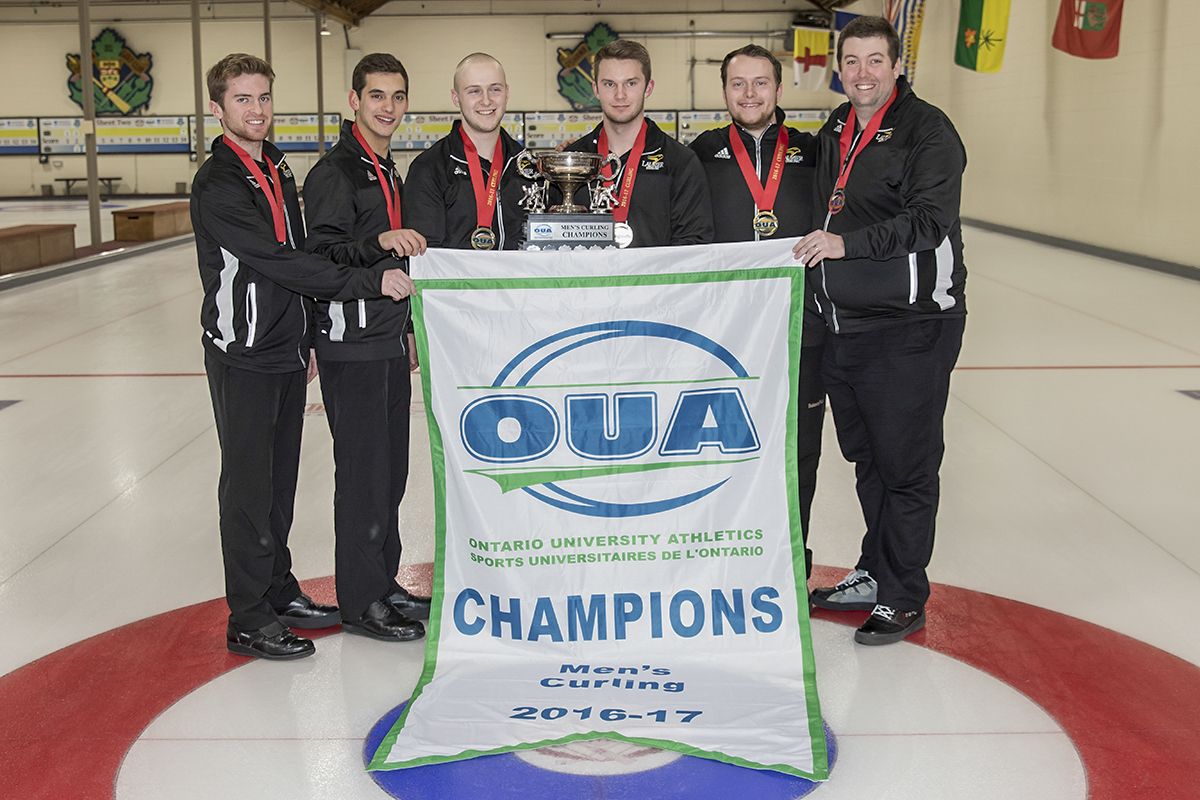 With the season wrapping up in multiple sports, the last few weeks have seen multiple championships awarded. Men’s curling won their third straight provincial championships and will be going to nationals. The women’s basketball team lost to Carleton in the quarter-finals to end their strong season. The men’s hockey and basketball teams both failed to reach their respective quarter-finals after losing in the first round. Laurier’s women’s hockey team, historically one of the elite teams in the conference, finished last in the 13 team conference and failed to reach the playoffs. The team struggled and was last in goals scored and goals allowed.

After winning the national championship last year and their second consecutive OUA championship, the Golden Hawks had proven to be an elite team. A 5-3 win over Queen’s made Laurier the first team to win three consecutive championships since Waterloo between 1982-85.

Laurier will now be heading to the USports national championships being held at Lakehead from March 19 to March 22. The eight-team tournament will start with a round-robin, with each team playing each other before the semifinals.

In his first year on the team, Sophomore Jordie Lyon-Hatcher was named a first team OUA All-Star as a vice. Lyon-Hatcher was not the only Golden Hawk, as skip Matthew Hall made the second team. Hall, a Sophomore, was named USports male athlete of the week for his performance and will need to keep up his strong performance for Laurier to win another national championship.

Laurier headed into the playoffs winning six of their last eight to secure the seven seed and a home playoff date against Toronto in the first round.

The game remained close until the final quarter when Laurier went on a 13-4 run early to open up a 73-62 lead with just under seven minutes remaining. Laurier held on to a comfortable lead for the rest of the game on their way to 86-74 lead.

Irena Rynkiewicz had a strong performance for Laurier, leading the team with 19 points. After leading the conference in three-point shooting percentage at over 40 per cent, Rynkiewicz went 3-6 in the game from long range. After a close first quarter Rynkiewicz scored seven points as part of a 12-2 run as Laurier built their lead.

Fifth year senior Kaitlyn Schenck and senior Nicole Morrison added 15 and 16 points respectively. The duo has been leading the team all season and scored 12 of the team’s final 16 points to secure the win late and set up a quarter-final with Carleton.

Carleton entered as the two seed and ranked fourth nationally after finishing the season 18-1 after losing their season opener. Carleton’s elite defence shut down Laurier’s offence in a 68-51. Rynkiewicz was limited to two points on 1-9 shooting, including 0-6 on three’s. Schenck struggled as well, shooting 3-13 and 0-3 from deep. The lone bright spot for Laurier offensively was Morrison scoring 17 on 6-18 shooting, but only shot 3-10 on three’s.

The Golden Hawks held the lead 9-8 with just under three minutes left in the first but Carleton outscored them 40-25 in the middle two quarters to assert their control on the game.

The backcourt duo of Schenck and Morrison both were named OUA second team All-Stars this year after strong performances. It was Schenck’s first time receiving the honour while Morrison was named to the first team last year. Rachel Woodburn was a standout as a rookie and was named to the OUA rookie team.

After entering February 8-8, the men’s basketball team struggled to finish the season losing three of their final four games before a playoff game against Laurentian. As the #10 seed Laurier had to travel for the game after beating Laurentian 81-75 on home court during the season.

A first quarter with only 11 points, and none from their three leading scorers from the regular season, put Laurier in an early 21-11 deficit. Junior Chuder Teny was responsible for 11 points in the first half as Laurier stepped up their play in the second quarter and they trimmed the lead to nine.

After struggling in the first half, Freshman star Tevaun Kokko shot 7-12 in the second half as he scored 17 of his team high 24. Despite the best efforts of Kokko, the Golden hawks defence continued to struggle allowing Laurentian to connect on just under 60 per cent of their shots in the second half.

The interior defence was a problem all game as Laurier allowed Laurentian to shoot 51.6 per cent overall in the game. The poor defensive effort wasted numerous Laurentian giveaways as Laurier had twice as many takeaways but scored less points on their chances than Laurentian. The Golden Hawks were also unable to collect rebounds as they were outrebounded 48-33.

Laurier will be counting on Kokko more next season after he made the OUA rookie team and was named a OUA second team All-Star as well. Kokko averaged 19.2 points per game to lead the team and finish in a tie for fourth most in the province. Kokko was also Laurier’s best distributor as he averaged a team high 3.1 assists per game.

Laurier will be losing Matt Chesson who finished second on the team in points and rebounds per game with 11.2 and 6.1 respectively. Fellow senior Vlad Matovic is eligible to return for a fifth season after leading the team in rebounds with 7.1 per game and was third on the team in scoring, averaging 10.8

After one of their best seasons in years, Laurier’s men’s hockey team entered their opening round series with home ice advantage. A five-game winning streak to end the season, including ending the season with their second win over Windsor, made the Golden hawks the clear favourites.

The first game got off to a rough start, with the Lancers scoring on the power play to strike first and put Laurier down after the first period. In the second period Laurier appeared to be out to prove they were the better team and outshot the lancers 18-4.  Laurier got on the board late in the period when freshman Brandon Robinson, one of the league leaders in power play goals during the season, scored on the man advantage to tie the game.

The third period started quickly, with Windsor scoring two in the first five minutes to put Laurier on the ropes. Junior Andrew Fritsch got Laurier within one with just under nine minutes left to give them a chance.  Sophomore Christian Mroczkowski tied the game up with less than five minutes left on an unassisted goal.

Just past the halfway point in overtime, on shot attempt 51 for Laurier, Mroczkowski would step up again and score his second of the game to win it after scoring only four goals all season.

In the second game of the series, the physicality increased with both teams being called for seven penalties, including two misconducts for checks to the head on Windsor. In a game full of power play’s there was only one goal which came in the second period. Junior Colin Furlong couldn’t stop a Julian Luciani shot on a Windsor 5-on-3 power play in the second, giving Windsor a 1-0 lead they would hold all game despite 33 shots from Laurier.

In the final game of the series, Laurier again allowed the first goal of the game, this time just over two minutes into the game. Fritsch tied the game in the final minute of the period to swing momentum before the intermission.

Laurier kept up the pressure and less than five minutes into the second period junior Patrick Chore scored to give Laurier a 2-0 lead. Laurier held on to the lead until the final minutes when Windsor scored to tie the game with just over a minute left.

As the Fritsch goal had swung momentum at the end of a period the Lancers goal seemed to spark them heading into overtime. Overtime would not last long as less than five minutes in Tyson Ness scored to win the game, and series, for Windsor.

Part of the reason Laurier was eliminated was the duo of Fritsch and senior Derek Schoenmakers were limited to three points in three games, two goals for Fritsch and one assist for Schoenmakers. During the season Fritsch had 27 points in 28 games while Schoenmakers had 26 in 27. In net Furlong improved on his regular season save percentage, he increased it to .933 per cent after saving .928 per cent of shots during the season which was fourth best in the OUA.