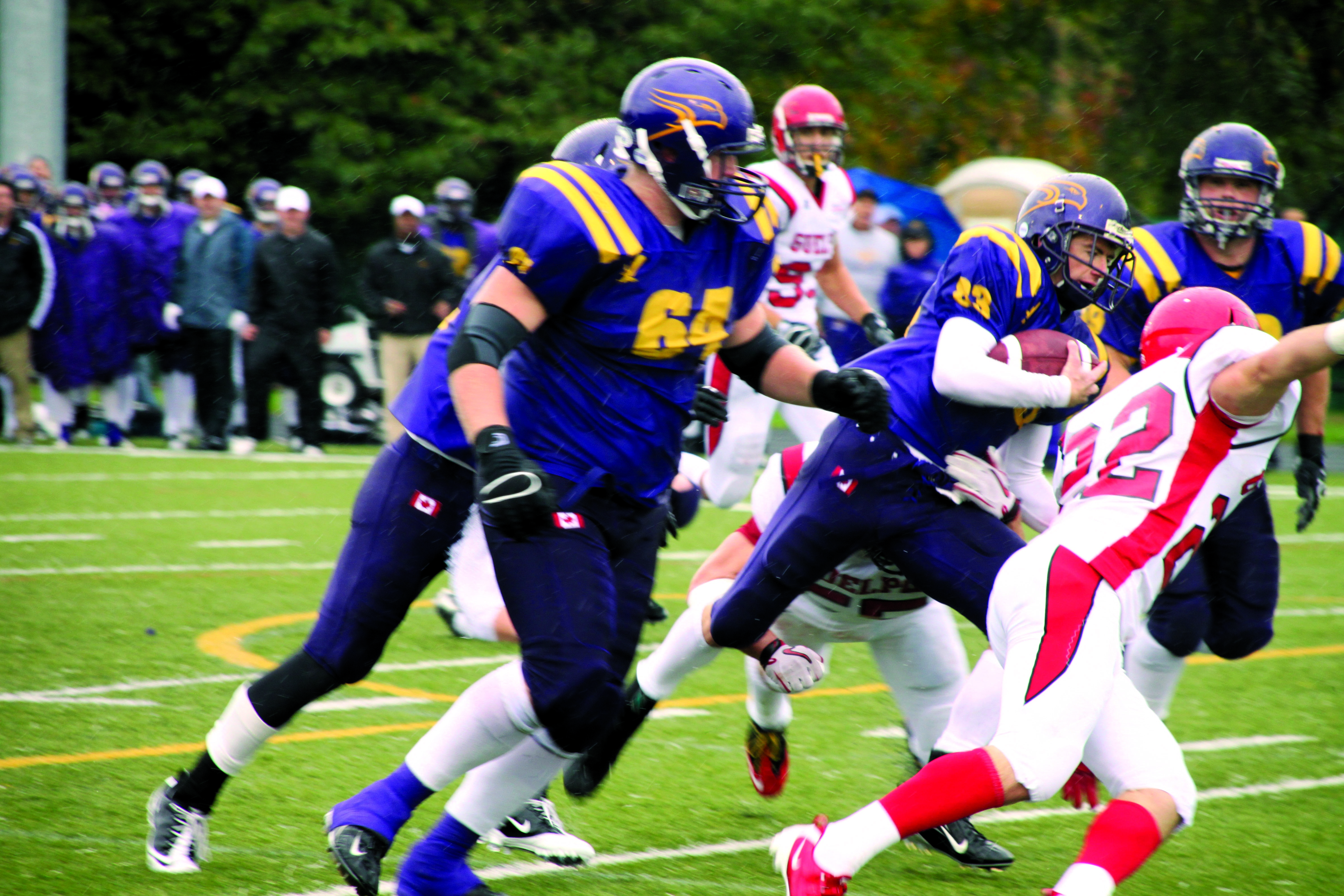 When the Laurier University Golden Hawks’ men’s football team takes the field to kick off the 2012 season at home on September 8, there will be a lot of fresh faces – 45 to be exact. With the biggest student turnover on the football roster coach Gary Jeffries has seen, he feels this season is all about “reloading” for the Golden Hawks. “We’re going to need some time, it’s not going to happen overnight, but I’m hopeful that the team’s going to grow over the next few weeks and become a good team,” says Jeffries

Perhaps the most high profile of the 45 freshman is new starting QB, Travis Eman. Eman is from Brampton, ON., and transferred back to Canada from Furman University in South  Carolina to be closer to his family. Quarterback was a position that Laurier had problems with at times during the 2011 season – especially in their playoff game against Western, in which Quarterback Shane Kelly threw for three interceptions and did not have a single touchdown. In Eman, Laurier gets a QB with a strong arm that can also run well with the ball outside of the pocket.

What remains to be seen is how well the six men on the frontline will protect the 19-year old under centre. “The offensive line is a question mark. We’ve got six new kids and some of them are going to need to step up very quickly and make big contributions for us and that can be tough position to be in for the average 17 or 18-year old,” Jeffries says. If Eman can get good protection in the pocket, he’ll have a solid deep threat in fourth year wide receiver, Alex Anthony and Coach Jeffries say to also look out for first year receiver, Craig Asiamah-Yeboah.

On the defensive side, fourth year, Mitchell Bosch will continue to be a key to the team’s success. The two-time OUA Men’s Football Second Team All-Star at Linebacker will have to anchor a defense along with a promising secondary.

These impact players really need to show up if Laurier plans to beat Queen’s as the Golden Hawks are going into week one with 23 players on the injured list. First and foremost, Jeffries just wants to make sure that everyone gets passed the nerves of the home opener and simply focus on the game, “We have to minimize mistakes and how we handle that is going to be critical.”

Minimizing mistakes is always a reoccurring theme with young teams, and although no team in the OUA is easy to face, after the game with Queen’s on Saturday, the Golden Hawks do not face top tier opponents Western and McMaster until the final two weeks of the season. “We’ve got six weeks to develop and try to become older and more experienced and more ready to face the big boys,” Jeffries said.

There seems to be a real “sink or swim” approach going forward, but the head coach is optimistic that with a lot of fresh, untapped talent it’s not a matter of being able to perform at a high level or not, it’s when. And with all young teams, there are going to be the peaks and the valleys, big wins and blowout losses. But it will be exciting to watch once the team comes together. And after last year’s disappointing 4-4 record and first round loss at the hands of Queen’s, “reloading” just might be what the Golden Hawks need.