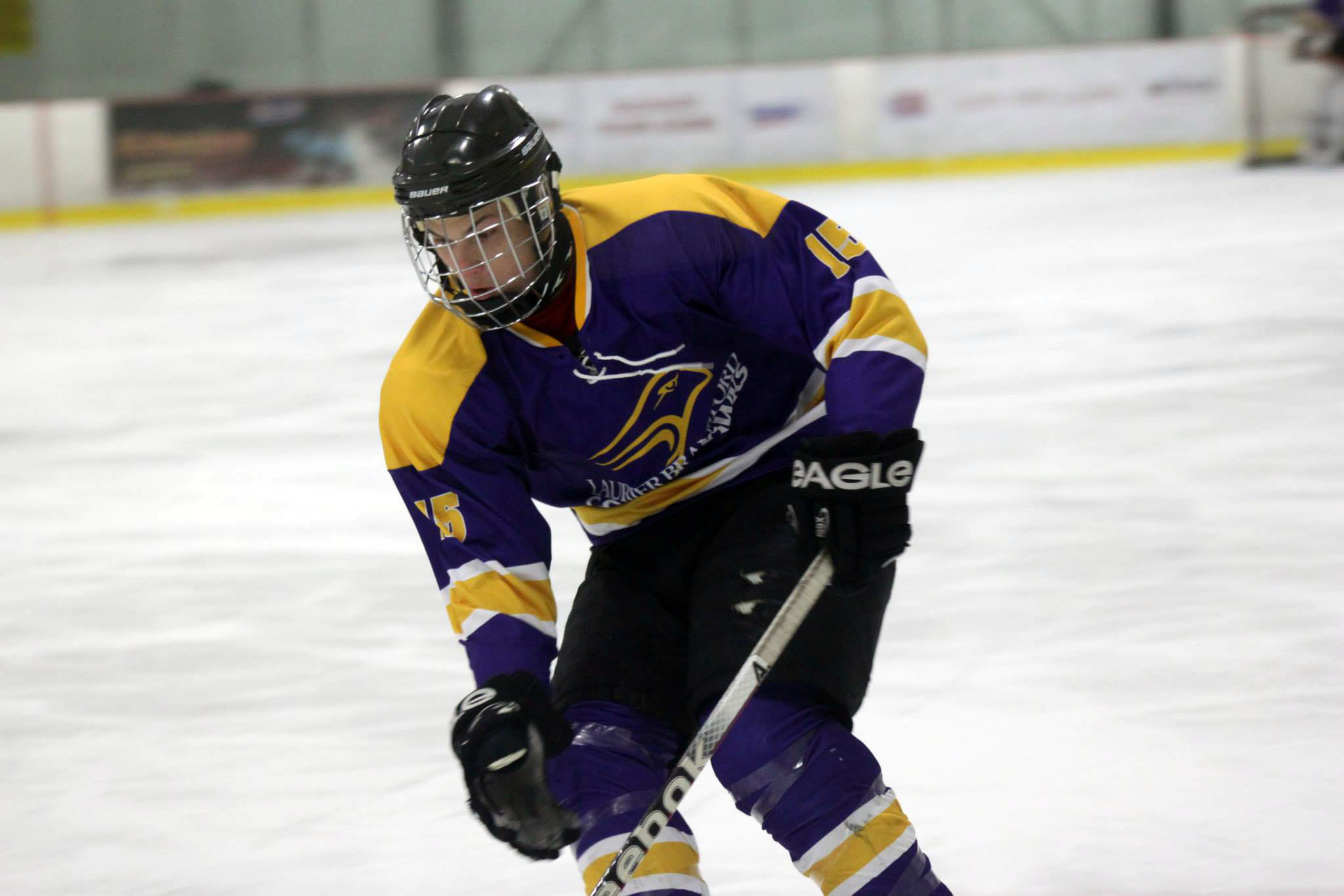 Every new school year, students set new expectations for themselves. Some want to get higher marks, for others, it’s about putting yourself out there and trying new things. But for Blake Dionne, it’s a little bit different. As the new captain of Laurier Brantford’s men’s extramural hockey team, he has one clear goal in mind: having a successful year and winning a championship.

“[Dave Howe] has been the captain for the last three of four years I think. This year he decided to pass down the reigns onto me, which I’m honoured to take over. It’s a lot of responsibility and I respect the guys for allowing me to lead them this year,” Dionne said.

Dionne has played on the team every year he has been at Laurier. He knows the way the game works and is very familiar with all of his teammates. But that didn’t stop him from being a bit nervous about taking over leadership of the team. “I was very excited and a little nervous at first. But all the guys know me, we’re all friends so it wasn’t that big of a difference.”

Dionne doesn’t expect much of a change from this year’s team compared to last years. “That’s a tough one because honestly our team this year is not much different from the team last year. I know how everyone plays together and how they play individually. All I can really ask them to do is to show up and give a hundred percent of their effort,” he said.

The core of the team has stayed together. The players all know each other and have won together before. What will be this season’s biggest challenge? “The last two years we have had the honour of playing for the Challenge Cup, which is a big one for us,” Dionne said.“We don’t have a guaranteed spot. We need to win enough games and to do that we need to remain focused on the game in front of us, not on the future.”

The team got a chance to gel early on as they were late additions to a tournament hosted by George Brown on October 24. Despite not having a warm-up period pre-game they were able to start off on the right foot with a win. The team subsequently went on and won their second match as well before falling to George Brown in their final round robin game.

The team made it to the semi-finals where they faced off against the defending OCAA champion Humber North Hawks. Unfortunately, that was where Laurier’s day would end. “We honestly got caught. We weren’t ready for this team. Humber North was really strong and came at us guns blazing. They scored two quick goals and that literally threw us off our whole game.” The final score turned out to be an 8-1 thrashing.

Dionne had some valuable advice for his team after the devastating loss. “I told the boys that this was a learning experience.  We need to not give any team a chance like that; we need to give our full effort one hundred percent of the time for 60 minutes a game.”

Dionne has one final wish for this season and his teammates. “I think there are four or five of us graduating this year. It’s really our last chance to win. I want to stress that to the new guys on the team. It’s our last shot, so help us win some championships.”

Laurier extramural hockey is going to be exciting to watch this season. The team is dedicated to winning and will do anything to be able to represent the school and hoist a championship trophy high. It’s going to be a rollercoaster and each and every one of the boys is ready to step up and represent.