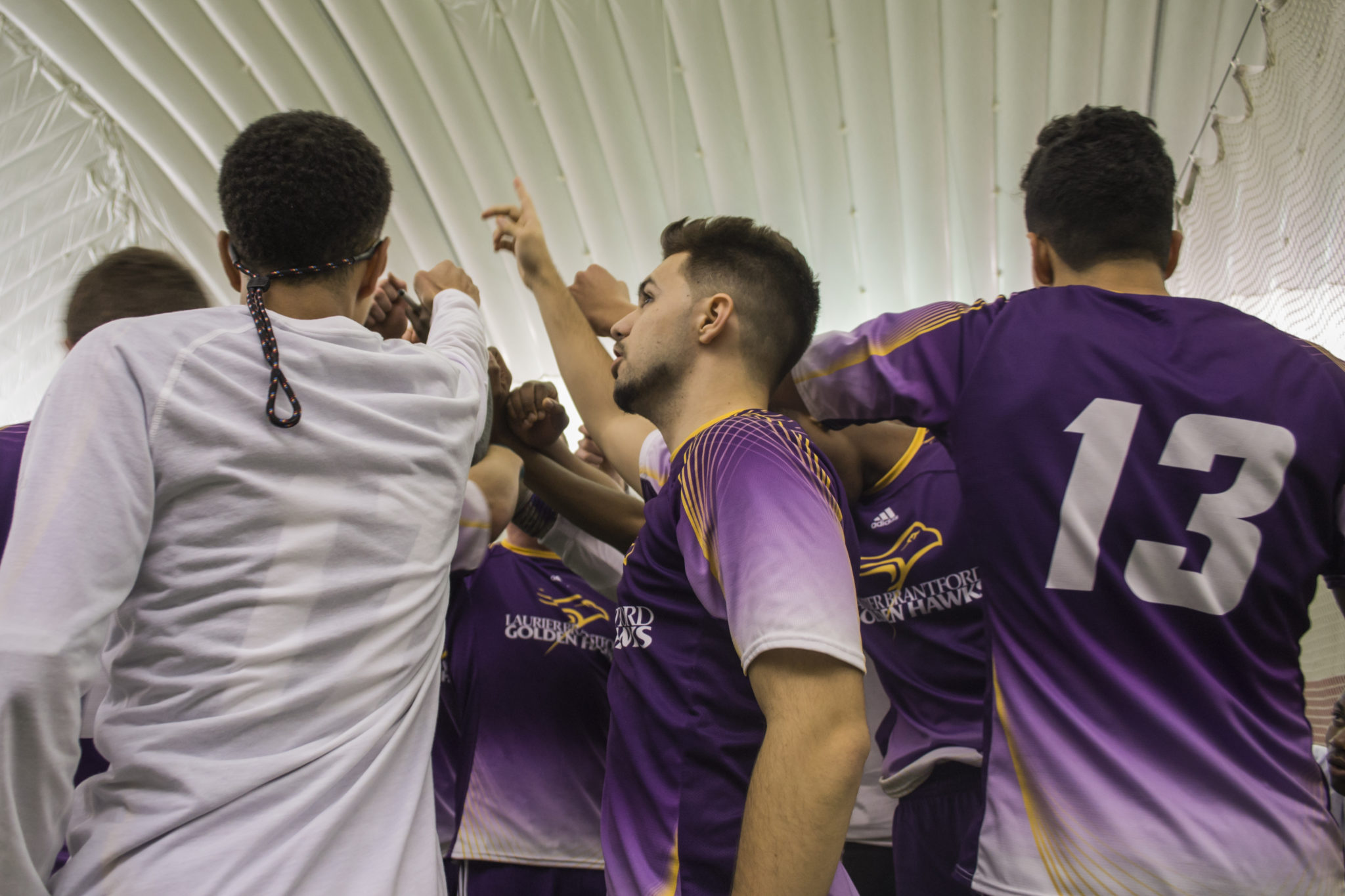 The men’s soccer team struggled in regional finals on March 10, as they were outscored 7-0 in three games to end their season.

For the first time this season the team was at full health as they looked to finish in the top two in their four-team regional group. The team was placed in a tough group with Sheridan, Mohawk and Redeemer.

Heading into the tournament head coach Murphy Wiredu had a clear game plan for his team, “We’re not going to make it easy for these teams to beat them, we’re going to make them earn it by making it physical and it very hard for them to beat us.”

The Golden Hawks came out full of energy from the opening kickoff, with the pressure of regionals leading to an increase in physicality.

A Laurier turnover led to a goal for Mohawk with just under eight minutes left in the first half. Laurier responded by turning up the pressure to end the half including Martin Mejia and Tyler Botelho connected, leading to a chance but Laurier trailed heading into the half.

Laurier was given a great chance to tie it with 18 minutes left on a power play but a series of chances by Botelho, Denziel Henry and Levi Furber all failed to find the back of the net. The Golden hawks kept the pressure up and kept Mohawk pinned in their own end leading to a couple of free kicks and corners in the final 10 minutes but Laurier failed to capitalize.

Entering their second game, Laurier was in desperate need of a win to keep their hopes of qualifying for provincials alive. A goal 40 seconds in for Redeemer on some miscommunication put Laurier in an early hole.

Throughout the rest of the first half Laurier attacked in waves to try and tie the game. Isaiah Ojo had a great chance on a fast break saved which lead to a corner and another missed chance. Late in the half Mejia had a shot go just wide off a tip, moments later Jerrett Putt had a chance of his own go wide as Laurier entered the second half still trailing.

Seconds into the second half Pasquale Centritto attempted to clear the ball before it went out for a corner, but the ball bounced off a Redeemer player and took an odd bounce to go into the net and give Redeemer a 2-0 lead.

After a few chances for Laurier stayed out, Redeemer bounced back with two quick goals that left the Golden Hawks visibly disappointed.

“We’re short in numbers compared to most teams so we get tired and it becomes a mental game. When they do score, that makes it more frustrating and it adds to the challenge we have to encounter,” Furber said on the team’s as the game got out of hand.

With two losses, the team was left playing their final game of the season against Sheridan after starting their season against the same team. Early pressure eventually led to a Sheridan goal 10 minutes but from that point forward the game turned into a defensive slugfest. Laurier stayed within striking distance until a Bruins goal with eight minutes left Laurier down two.

The tournament also saw the end of one Golden Hawk’s career as Presley Cormack played his final game.

“I’ve been playing with Putt and [Furber] since day one at this university, I’ll miss these guys for sure. Even the new guys who showed up last minute like O’shai [Jeffers-Penny] and Andre [Thames], every single one of them are great guys and I’ll definitely miss them and the chance to play,” Presley said.

Although the team would have hoped for better results in regionals Wiredu remained positive about the future of the program.

“It came down to mistakes, the top teams made fewer mistakes and capitalized on ours and in the future, that’s what we need to learn to do.”