Germany beats Argentina on an incredible goal by Mario Götze 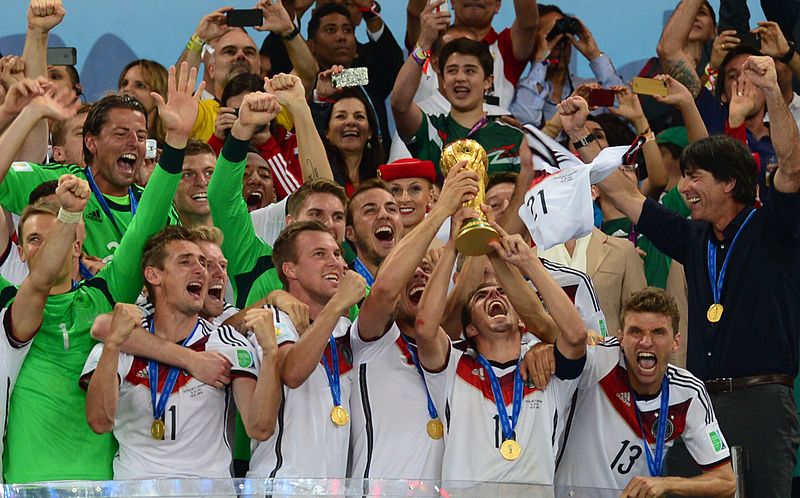 After the final whistle blew and the confetti hit the pitch, it was Germany that had triumphed at the 2014 World Cup. It took an extra 22 minutes before 22-year-old German substitute, Mario Götze came through with a stunning game-winning goal. Taking a pass off his chest, Götze struck the ball off his left foot past Argentine goaltender Sergio Romero and a dagger into the hearts of fans in the stands in the Maracanã and those watching close by in neighbouring Argentina.

Under the bright lights of Rio and gaze of the famous Christ the Redeemer statue, superstar captain Lionel Messi and La Albiceleste couldn’t quite deliver against the more deserving German side. And although it took 112 minutes for Germany to score the winning goal, they dominated the possession and stifled Messi’s brilliance.

Although Argentina had fewer offensive opportunities, their offensive bursts were dangerous. Early on, Argentine striker Gonzalo Higuaín had by far the best chance to put his side ahead. Higuaín got behind the German defense and scored, only to be called offside by the linesman and have the goal disallowed. The striker had another great opportunity off a header that couldn’t quite find its way to the back of the net. Germany had their own near-misses, hitting the post before halftime and then early on in extra time off a corner kick, adding to the overall tension of the World Cup final.

The biggest miss of all came at the end when Messi flew a ball well over the net off a free kick in the dying seconds of extra time. A scenario dreams are made of; time basically stopped, ball at your feet, the perfect distance for a well-placed shot, something that the four-time Player of the Year in Spain has delivered on in the past. However, it was not meant to be for Messi and Argentina.

With his miss, the confetti flew and the Germans in their white, red and black uniforms stormed onto the field as winners of the country’s fourth World Cup, second at the hands of Argentina.

It was a great end to what turned out to be an incredibly exciting World Cup. In what was probably the most scrutinized and controversial sporting event ever, amid protests over infrastructure costs, overspending, facilities not being finished, massive traffic congestion – the list goes on – not for one minute did things deviate from the beautiful game. From exciting group stage matches between 32 countries from six different continents to crushing defeats in the elimination round by host country Brazil, start to finish it was something few will forget and it’s for all the right reasons.