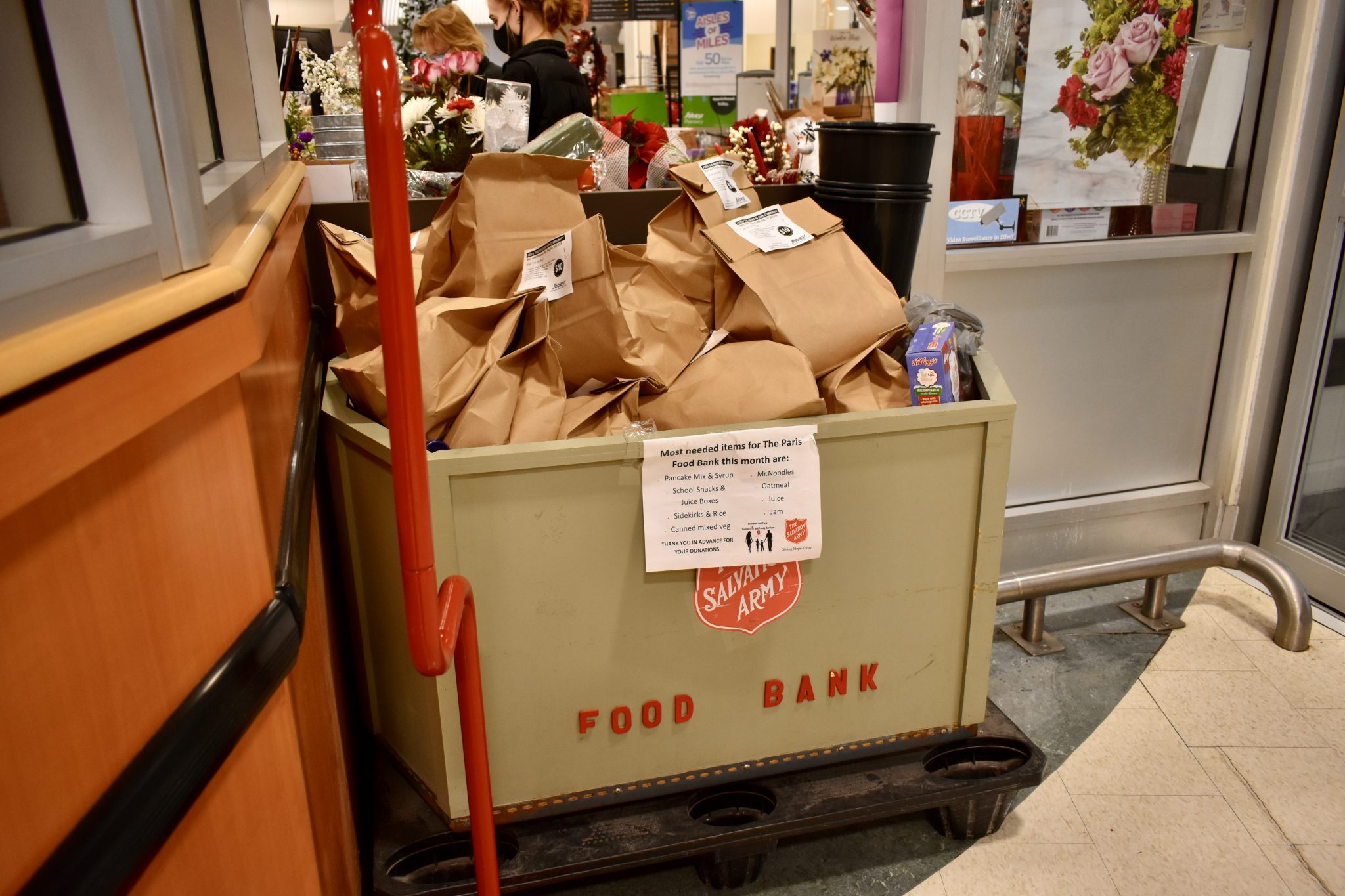 Going once, going twice, sold to the holly jolliest bidder of the holiday Food4Kids auction.

As the holiday season draws near, Brant-Haldimand Food4Kids, a charity that began in 2017, has announced a festive auction to help raise money and donations for elementary school aged children in  need of food.

This auction is a newly incorporated event into the charity, being introduced for the very first time this year and the community is eager to go.

This non-for-profit organization is putting a twist on the Holiday season this year. Since the pandemic, it  has been difficult for volunteers at Food4Kids to purchase food products for children in need. In lieu of  buying food, Food4Kids is hosting the holiday auction dedicated to raising funds for their organization,  and is relying on volunteers to help make magic.

“We want to engage with the community and engage with Laurier. That’s how things go around.  Without the community supporting us, we wouldn’t be able to evolve and grow,” said executive director of Food4Kids, Rachel Boateng.

The non-for-profit is determined to get as many people involved in the auction as possible, wishing for  the support and wholesomeness of the community. Citizens of Brantford and students of Laurier alike  have been involved in the volunteer work.

“People should bid and try out some awesome local businesses to support children in the community,” said fourth-year double major in Psychology and English, Jessica Lorch.

The auction will take place on Dec 1 from 12:00p.m until -Dec 2 at 12:00 p.m. where bidders can take 24 hours and place the highest amount on an item in order to win. The proceeds from all items purchased go directly to Food4Kids, which will then go towards families in need, where approximately $2000 will be expected to be raised. The auction items will be available for browsing on Facebook, so participants can get an early look at items available.

The money will be used to purchase gift cards for families, which will assist in buying healthy and  nutritious groceries for their children. Each child in a family will be credited a $10 gift card each week  throughout the whole year in order to help provide nutritious meals.

“Food4Kids is a great way to give back to children experiencing food insecurity in Brant-Haldimand  county and they have done a great job adapting to COVID restrictions,” said Lorch.

All bidding takes place in the comment section on the Food4Kids Facebook page, meaning that the  highest monetary bid placed before noon on the second, will be the winner of the item. Viewers can check  periodically, to see if they are winning an item they have bid on and can try numerous times to outbid  anyone in the highest position.

Starting bids are preset on individual items, and bids will follow suit of an upwards adjustment of the beginning bid price. Most items are set at a starting bid for less than their original value and will only  increase as the giving and donating continues to grow.

Starting bids range from $10 to $200, some items of which are starting at a bid less than half their valued  price.

The items available for bidding include jewelry, household items, restaurant items, home decor, food,  home and beauty—all of which have been donated to the auction from community members and local businesses. From candles, perfumes, sweaters, charcuterie boards, beard grooming kits and ice cream cakes, there is something for everyone.

“When people know it’s going to feed children, people want to donate, and this is how they feel that  they can, and they know they can get something for a Christmas gift too,” said Boateng.

A surplus of about 45 items have been donated to the auction, meaning some items have had to be  pulled back. Another auction may be underway to support all the donation items that aren’t able to be  displayed at this auction.

“We’ve had a really good response from the community for donations,” said Boateng.

The auction is being held on the international day of giving, which will bring out the support from the  community and the feeling of being charitable, especially during the holiday season.

Winners will be announced about two days after the auction finishes and will be notified via direct  message on Facebook from the official Food4Kids page. Pick up of prizes will be available at the office at  111 Sherwood drive, unit 20 from dec 7 to 8 from 4:00-8:00 pm for all winners.

Approximately, eight to 10 per cent of children in schools face food insecurity, meaning they are unable to have access to healthy and  nutritious foods for their day to day lives. Events of the past, and the upcoming holiday auction will help  support the children and their families. If the auction goes well, more auction events may be following  the path in the future in support of raising money for children in need.

The community is very proud and delighted for what they have been able to accomplish so far, and only  look forward to what the future holds.

“I’m excited to see how it goes. We put a lot of hard work into this,” said Boateng.

Hello! My name is Bailey Zimmer! I’m a third year English major with a minor in professional writing, and the Lead News Reporter for The Sputnik. I love spending all my time with my friends, and laughing with them until them wee hours of morning! I like writing for the paper because I get the news (and tea) first hand, and I get to tell it to everyone else. I’m looking forward to helping make The Sputnik be the best it can, and being a chapter in its life!