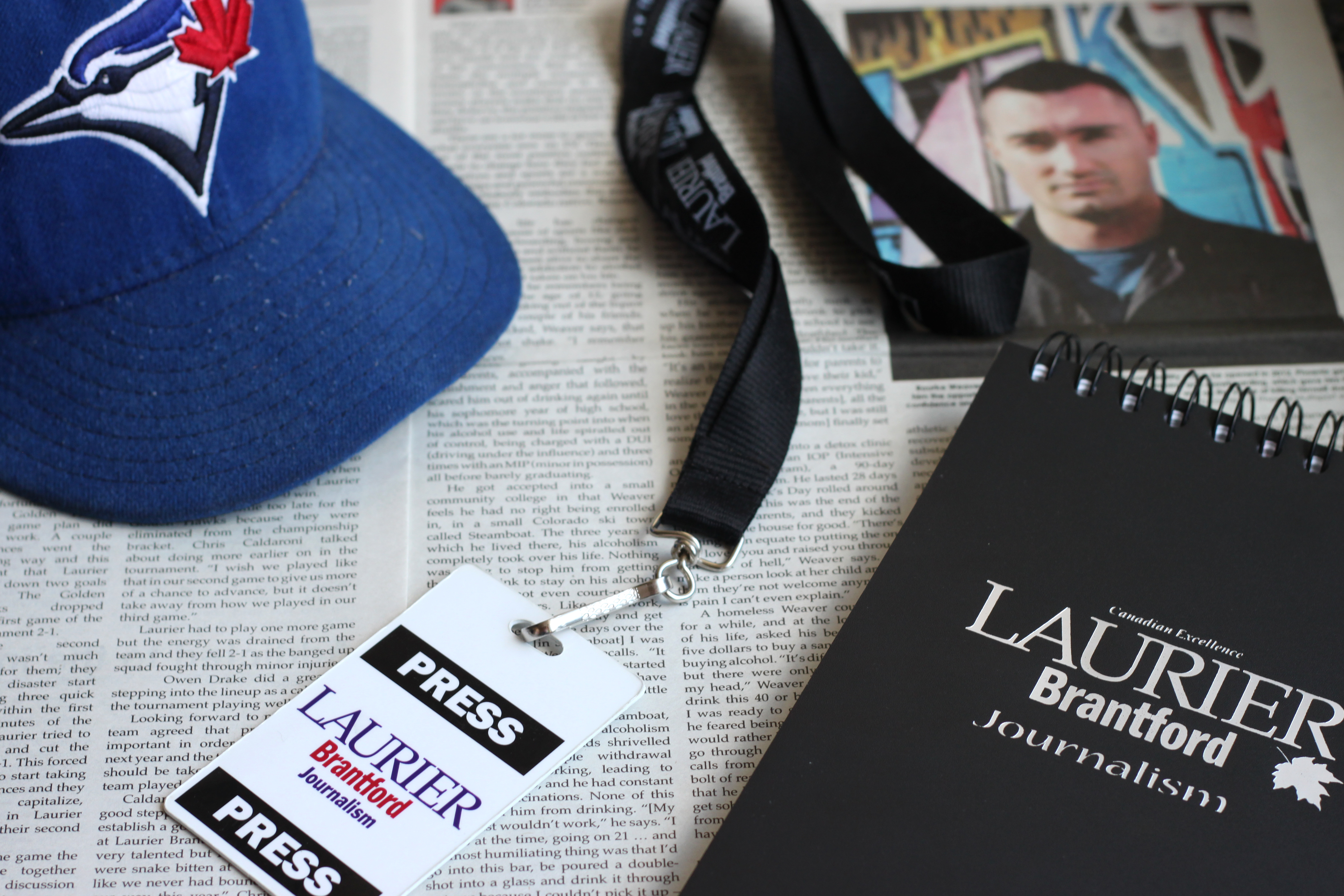 On a sunny evening in October 2011 I made my first visit to The Sputnik office to interview with Kyle Denton, the current sports editor at the time, to become a volunteer writer for sports. It was seemingly destiny that I got the sports editor position the next year, continuing the legacy of Kyles. It’s hard to believe that I’m finishing university proudly holding this position for the past three years.

In that time there’s been a whole lot of sports that have happened at Laurier and in Brantford that I’ve either covered myself or had writers report on and it’s been a privilege to do so. Although the campus was even smaller three years ago, the students recognize the importance of athletics and have always been eager to have their extramural tournaments covered. Every year, more and more teams and clubs join the more established men’s basketball and men’s and women’s hockey teams that have often filled the paper’s sports section.

Because of the smaller campus and less athletics and sports programs, I’m very happy that I’ve been able to give them a voice in the paper and show students that we have sports teams that are damn good. Whether it’s women’s football, men’s hockey, men’s basketball, co-ed dodgeball, cheerleading or volleyball, each one has come in first place in one tournament or another against colleges and universities twice Laurier Brantford’s size. One of the only regrets I have is not being able to witness all of them in person because most of them were away from Brantford.

The lack of varsity teams has posed some problems over the years, but it has created a unique opportunity for The Sputnik’s sports section. We’ve had to think outside of simply reporting on the events and delve into more creative topics that revolve around the world of sports. These have been some of the best moments I’ve had as a writer and editor.

People all over that I’ve interviewed usually have some sort of connection to sports and often times have some awesome stories to tell. The best case of this was when I featured Coloradan recovered alcoholic, Rourke Weaver. Weaver’s story will probably stick with me for the rest of my life; not only because of the unthinkable things that happened to him because of his drinking, but because of his ability to overcome it. I got a ton of praise for this story, which was so gratifying, but I was just fortunate enough to put his story on paper. He allowed me to do what I’ve always strived for as a journalist: give someone a voice. I hope my section will continue to have glimpses of that mixed in for years to come because sports are a powerful thing – and if we can show that to non-sports fans, it makes our paper that much better.

That makes up the “trinity” of what I hoped to accomplish as a Sports Editor for The Sputnik: Put Laurier Brantford’s sports teams on the map, give the people in my articles a voice or platform to tell their incredible stories and represent Student Publications as best I can with quality articles. The Sputnik and Wilfrid Laurier University Student Publications have been my second home and second family. I’ve spent so much time on the couches in The Sputnik office with so many awesome people, laughing, joking, debating crazy topics, organizing fundraisers, as well as our Christmas parties, Dirty Bingo, VAs, trips to NASH and so much more.

I want to give a quick thank you to my Editor-in-Chief and fellow four year Sputnik contributor, Layla Bozich who has done such a great job being the driving force behind the paper having a much larger presence on campus and creating a student publication we can all be proud to share with the campus; Dillon Giancola, my partner in crime and the first writer I ever hired as Sports Editor, who ended up being too good a writer for sports so I only had him for a couple of months (but the bond we have formed through The Sputnik has lived on!); Chris Pimentel for sometimes frustrating me to no end due to his lack of understanding of the difference between “there”, “their” and “they’re” and Anthony Fusco, who has been a constant writer for sports throughout my entire time with The Sputnik and contributed even during his year at Conestoga College.

Although it looks like the number of Sports Editors named Kyle is coming to an end, I hope that whoever succeeds me meets as many amazing people in the editorial staff and Sputnik volunteers, on our sports teams on both campuses, those involved with Athletics and Recreation, the multitude of coaches I’ve bugged for interviews on short notice and Laurier Brantford’s student body. They’ve all been instrumental in shaping the work that I’ve produced and the journalist that I’ve become and it’s been a fantastic experience because of it.