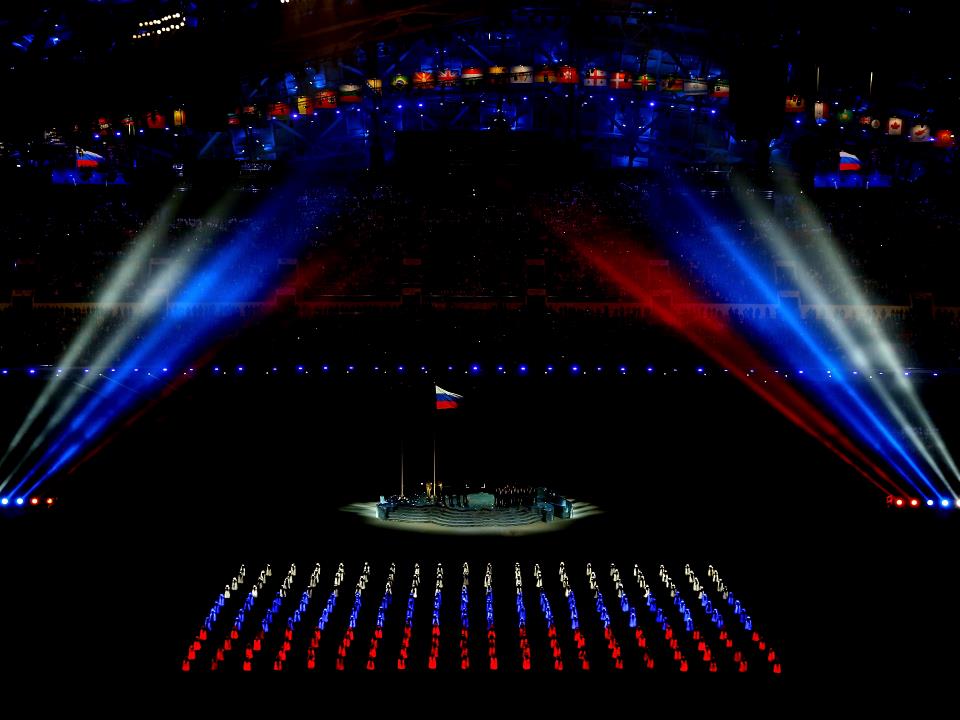 After all the dazzling colour, lights and fantastic imagery that Fisht Stadium in Sochi held on Friday night for the Opening Ceremonies of the 2014 Winter Olympics, one thing holds true: athletics are a true equalizer and have the ability to unite unlike any other protest and social movement ever can.

The Parade of Nations, in which every country participating in the Olympics – 88 countries this time around, a new record – walks around the stadium with one athlete having the honour of carrying the country’s flag. And you see each and every athlete, from less developed countries like Afghanistan to Western powers like Canada and the United States, are nothing but smiles; because the Olympics are about embracing sports and the achievements that come along with them. Over the next 17 days of competition, there will be winners and losers, but the pride athletes and countries alike get to experience is not like anything else. It’s not very often that every country can go on the world stage and celebrate something exciting and positive.

Even with all the attention brought to the world of apparent poor hotel conditions and the ongoing scandal regarding Russia’s LGBT policies and intolerance, when the lights are brightest whether on the ice, flying through the air of a ski jump, or half pipe or speeding down a mountain slope, everyone needs to take a step back and enjoy the performances and drama that is about to unfold. Cheer and embrace the Olympics, because the athletes walking around the Parade of Nations were sure doing a whole lot of it.

And when you consider that many of these athletes train for four years to participate and perform in one or two events over a two week period, they deserve our full attention. The Olympics are about the athletes and the meaning of sport; let’s try to keep it that way.

Russia’s vibrant and powerful display showed off everything the country has to offer, from Tchaikovsky to Saint Basil’s Cathedral to of course, the Sputnik, which culminated in a very well done celebration of the host country’s culture and history infused with the culture and history of sport and athletics, the culmination of what the Olympics stands for. Hopefully by the closing ceremonies (which, after today, I have high expectations for) these Olympic ideals will still be in the forefront.