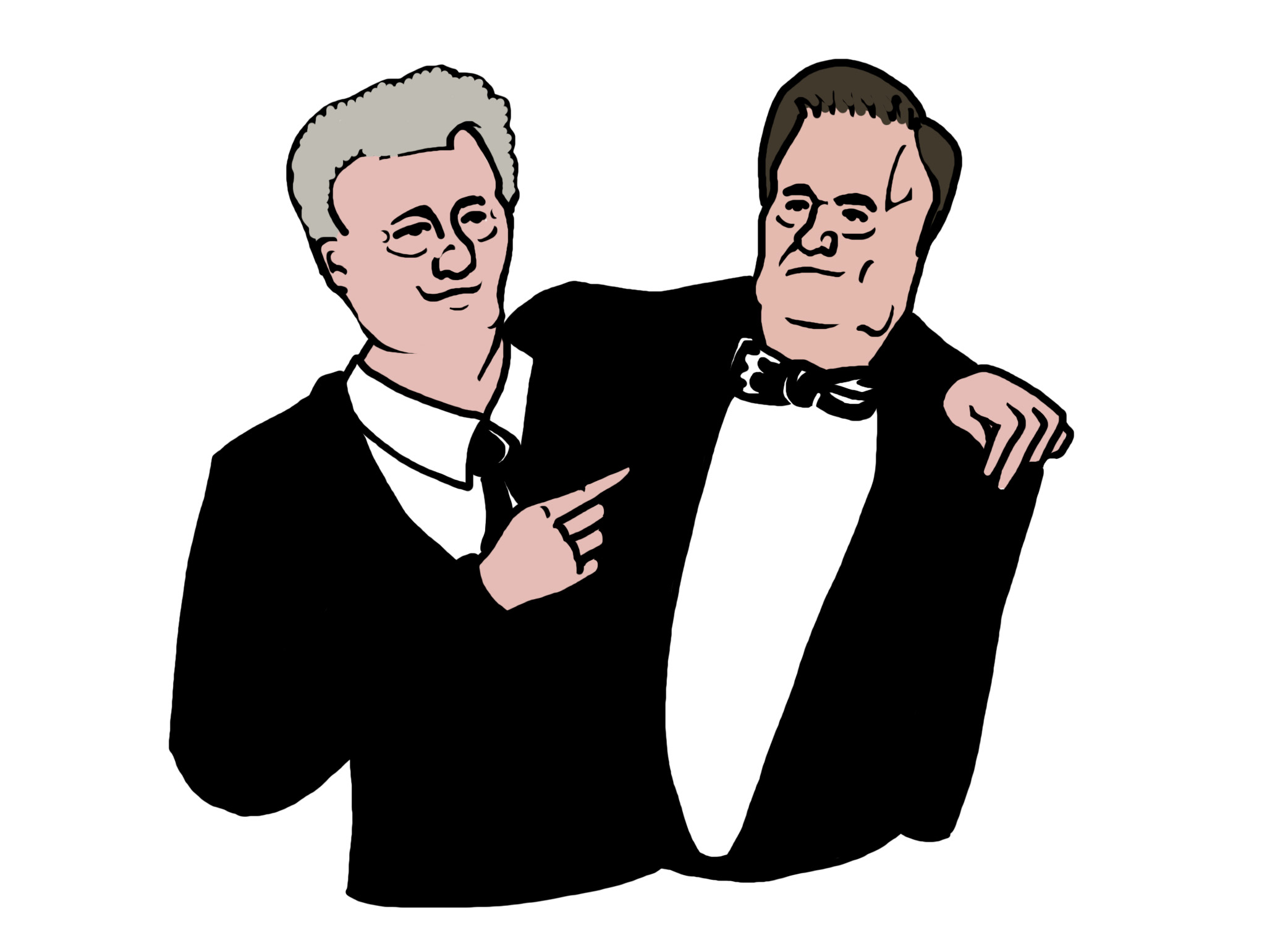 In a January 2014, C-SPAN conducted an exclusive interview for a new series to be released regarding the lives of the former First Ladies of the United States, Ms. Barbra Bush (age 88), the wife of former President of the United States George H.W. Bush, issued a sentence that made political analysts do a complete 360 degree turn from what they thought they knew. With a big smile on her face, she stated “I love Bill Clinton”, who, as it happens, replaced her husband when he was sworn in as the 42nd President of the United States on Jan. 20, 1993. But, Barbra made things even more interesting when she stated how her former husband, a Republican leader, and his Democratic replacement had a “father-son” type relationship, like “the father he didn’t have”, as his passed away while Clinton’s mother was only six months pregnant. George Bush Jr., the replacement for Bill Clinton, is only a month older than his predecessor. It’s almost like getting a twin at the age of 67. For those who know, or may not know much of American politics, George Bush Jr. and Bill Clinton didn’t see eye to eye, to say the least. To be honest, I’m surprised TLC or The Opera Winfrey Network haven’t snagged up this inevitably incredible reality television opportunity. As it were, I’m glad that this news became common knowledge. I’m glad this rather odd, very unexpected familial-bonding has come to light, for I feel it has a world of possible greatness that could come as result. I’m not just saying Christmas dinner could also feature Uncle Barack, Great-Uncle Jimmy and maybe even Crazy-Cousin Kissinger, but I mean in our very own country, too. In fact, I feel it may have already started, as seen on the way to the Mandela funeral.

A now iconic series of photos were released by Canadian Press photographer Adrian Wyld en route to the December state funeral of Nelson Mandela. For the first time in history, four of our nations’ Prime Ministers were seen together. Together in a confined space, for an eighteen hour flight, from two different parties (three, in theory) and laughing while being regaled with stories of the past. Brought together in mourning, the aircraft featured Prime Minister Brian Mulroney (Progressive Conservative, 1984-1993), Kim Campbell (Progressive Conservative, 1993), Jean Chrétien (Liberal, 1993-2003) and incumbent Prime Minister Stephen Harper (Conservative, 2006- present). Some Canadian security policies were even broken on this crazy plane ride, such as the following “for security purposes, no more than eight ministers of the Crown may travel on the same aircraft at the same time.” Although only four are listed there, the plane also featured four Canadian provincial or territorial Premiers (Alberta, Nova Scotia, Yukon and Northwest Territories), two former governors general (Adrienne Clarkson and Michaelle Jean), the head the Assembly of First Nations (Shawn Atleo) and the leader of the Official Opposition (Thomas Mulcair), bringing the total to twelve current or former Canadian leaders. On a plane, for eighteen hours (with former Progressive Conservative Prime Minister Joe Clark, 1979-1980, arrived by his own means).

There are pictures of the group laughing, smiling, even going out for dinner once landing. In modern Canadian history, former Prime Ministers haven’t been used as a resource for diplomatic reasons. Therefore, it’s safe to say that the only interactions many of these individuals had would of been political in the party, or against each other while in opposition. The chance arose, just as with the Bush family and Bill Clinton, to see each other and interact as humans. See each other with out the party label, have a discussion without an agenda behind it. The potential behind this is astonishing, for several reasons. Not only could these leaders be used for their diplomatic services, global connections and years of political experience, but to shine a new light on Canada, and even the world. Several individuals I’ve interacted with in the past few years feel defeated in regards to the political happenings of Canada solely because they see no hope. A world full of arguments and no discussion is evident, but a level of civility, the image of people divided by ideas but about to associate socially can bring upon a new world. An example for the children that difference doesn’t make us evil, but simply different.

“We don’t agree politically, but we don’t talk politics,” Barbra Bush continued with a smile. “I love Bill Clinton, maybe not his politics, but I love Bill Clinton” she laughed. When asked about the rumours of her second son Jeb (43rd Governor of Florida, 1999-2007) possibly running for President, she felt he was extremely qualified, but shouldn’t run. As she said, the two Bush Presidents, Clinton, and Kennedy were all great leaders, and great people. With that in mind, there are several other families producing civil servants worthy of one of the most powerful titles in the world, “President of the United States of America.” To me, Barbra Bush has grown wise in her old age and is teaching the world that differences aside, you can still be friends. Differences aside, you can still be family.

If we realized this, I feel we could change the world.