Facing Challenges: ‘She called me and said, I have Cancer’ 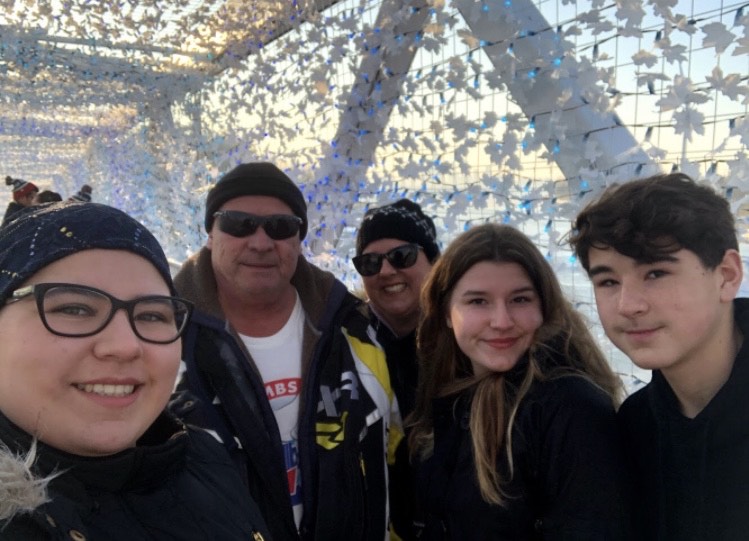 Danielle Gledhill was getting ready to face the challenges of coming to a new campus this past September at Laurier Brantford when she was hit with the news.

Her mother, Nancy Gledhill, has been diagnosed with stage three breast Cancer.

Just after moving into her new residence Danielle called her mother and the conversation was very surprising.

“She called me and said—I have Cancer—and it was very unexpected, it was not where I was expecting that conversation to go… it’s still unreal to this day,” Danielle recalls.

From that day Danielle’s world was shifted. For many students the stresses of balancing school, work, social life and sleep is already a constant struggle. To add to this, Danielle had to take care of her mother as well as her younger siblings.

“I am determined to finish my school not only for myself but for my parents, they motivate me for the best and to go after what I want in life,” said Danielle, “ I’m here in criminology because I wanted to go into forensic science, and I didn’t want to throw that education to stay at home because I wouldn’t be here if it wasn’t for them”.

She takes the time she needs for schooling and constantly calls home to check in with her family. Her father, Mike Gledhill, also needs support as both his parents also suffered from Cancer and unfortunately passed away.

Even through the difficult days Danielle remains determined to maintain her grades and balance everything as well as she can, while being the most supportive daughter she can be. In support of Gledhill, she shaved her head as her mother faced chemotherapy.

She said Gledhill protested against it in the beginning worrying about what others would think of it and her, but Danielle insisted that she do it.

Danielle sees the strength Geldhill continuously shows despite her situation.

“I went back home for my mom’s birthday, and she was in the worst pain I have ever seen her in, she had a lot of anti-nausea medicine pumped into her and she couldn’t eat or drink anything the whole day,” said Danielle.

A friend’s parent reached out to Danielle and offered help to her and her family, through an alkaline water called Kangen Water, and claimed that it would help with chemotherapy side effects.

They proceeded to take the water and Danielle and her family were amazed to see that Gledhill was showing less to no signs of nausea, pain, and other side effects. Whether or not the water had a legitimate medical impact or if it was a placebo the Sputnik cannot confirm, the important part is that Gledhill seemed to suffer less because of it and the family remains grateful to this day.

The past few months have been a struggle for the family as a lot of bad information has been given to them. The surgeries did not go as well as hoped and there was suspicion that Gledhill might have bone Cancer.

The doctors have been checking lymph nodes and thought that the Cancer might have spread throughout the body. However,  it was revealed that there is no Cancer around the body and it remains isolated in one site.

Danielle said that everyone deals with the news about Cancer differently.

“Don’t be afraid to reach out, it’s okay to reach out but be patient, everyone deals with this their own very different ways and I was very angry at first and didn’t want to talk about it… but I opened up over time and now I’m good to talk about it,” she said.

It’s important to note that it is tough not only for the patient but for their family and close friends, and that not everyone handles this issue the same way. For Danielle and Gledhill, they didn’t want people to talk to them feeling like they were “walking on eggshells.”

Danielle says that she would rather people act as they always have around her and her mother. She said that there tends to be a notion that you have to be careful and always sorry around Cancer patients.

Laurier Brantford is taking part in their annual Relay for Life event which will be held March sixth in the basement of one market.

Danielle took part in Relay for Life all four years of her high school career. This year at Laurier’s event she will be going up and speaking about her mother’s story.