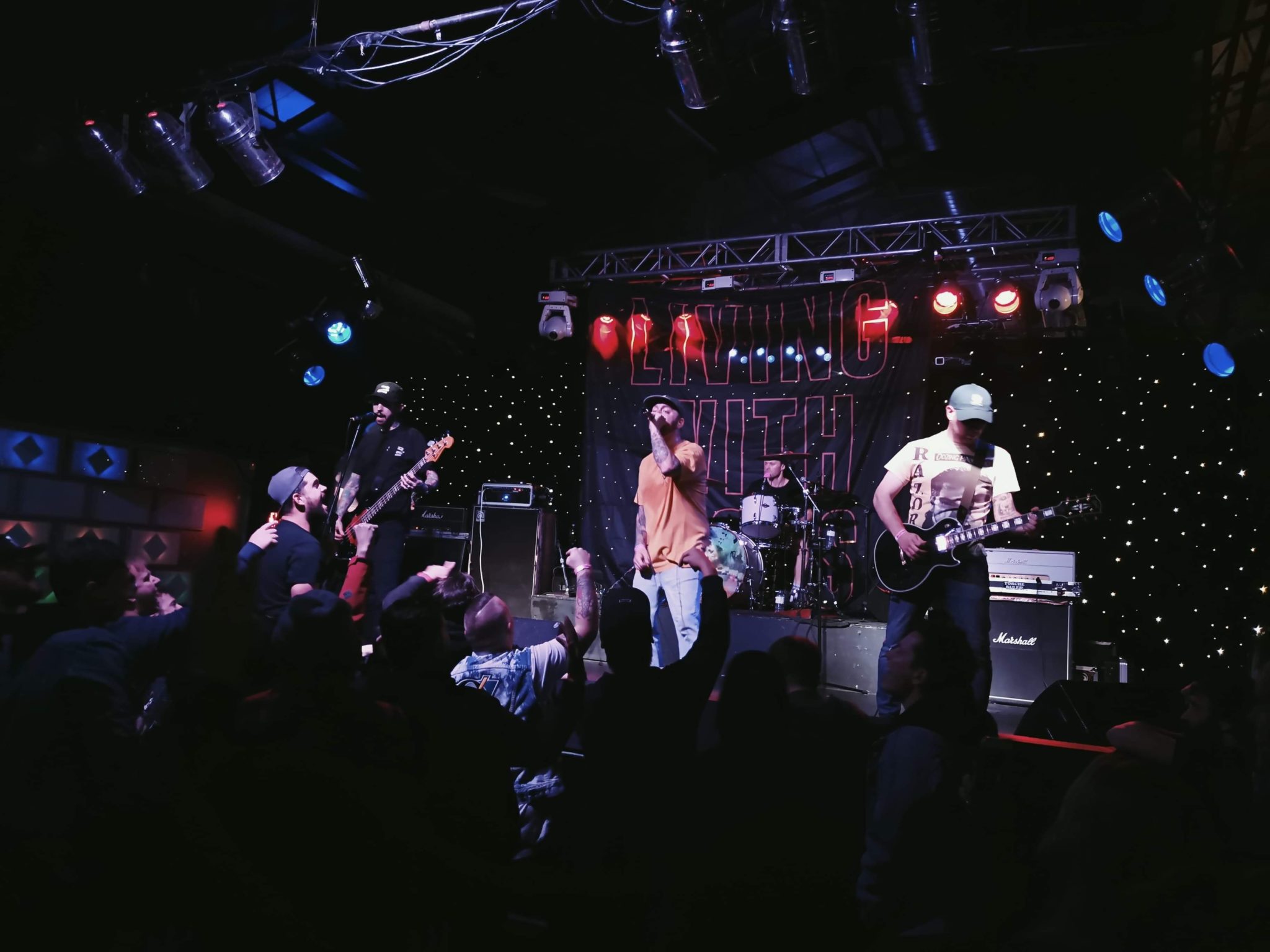 The 12th annual Blackout Fest in Brantford ran October 12th and 13th, and welcomed many alternative, punk, and rock bands including Dead Tired; Lawless Sons; Seaway; Such Gold; The Good Depression; This is a Crisis Zero Fire; We Were Sharks and more. Another band attending the festival is Living With Lions, a Canadian punk rock band formed in Vancouver. This week, I had a chance to email with Chase Brenneman, the vocalist for Living With Lions, about the festival and their new album “Island”.

A: “We haven’t, but we’re stoked to. James [Mittendorf] reached out to us earlier this year and we knew our record would be coming out around this time, so it made sense to do it.”

Q: Are there any bands coming to Blackout Fest that you’re excited to meet and share the stage with?

A: “Yeah! Such Gold are some our best buds, so we’re always stoked to play with them. Youth Fountain are from the same city as us, so stoked for that as well.”

Q: Do you have a favourite band to play with?

A: “Such Gold, but it’s been a while for us. [We] also have a lot of fun with Seaway… those guys are so sick.”

Q: You’ve just released your album “Island”; how have you found the reaction to that? How has the creation process and the release of this album been different from “Holy S**t”? Is there a message lyrically that you want listeners to take away from the album?

A: “We spent so much time on this record, more than ever before.  I’m not really sure how it’s been received. I don’t really pay too much attention to that, but people seem to enjoy it.  Most of the lyrical content has to do with personal relationships I’ve had with people and experiences I’ve gone through over the last couple years.”

Q: The music video for “Tidal Wave” is hand-made by your band; what was the creative process for that like?

A: “It was challenging. We had to hand draw on over 2000 pages… it took forever. Luckily, we had some super talented friends that helped us; Stu Ross, Allan Harding, Tyler Shwindt all contributed and our friend Justin Bungag edited the final product.”

Q: Have you found that streaming services like Spotify and Apple Music have changed the way people discover your music? Do you find these services are helpful or hurtful for up-and-coming bands?

Q: Who are your major influences? Have they changed from ‘Make Your Mark’ to ‘Island’?

A: “Mmm, our main influences have remained pretty true to what they were when we started. Obviously, I’ve gotten into different music over the years and I’m sure that’s influenced bits, but when I write Living With Lions stuff I’m usually looking at Saves the Day or Hot Water Music —stuff in that realm.”

Q: What advice do you have for people who want to form their own bands?

A: “Just do it. Don’t wait. Don’t procrastinate. Just go for it full on and play as many shows as you can… and more important than anything, have fun and don’t take it for granted.”