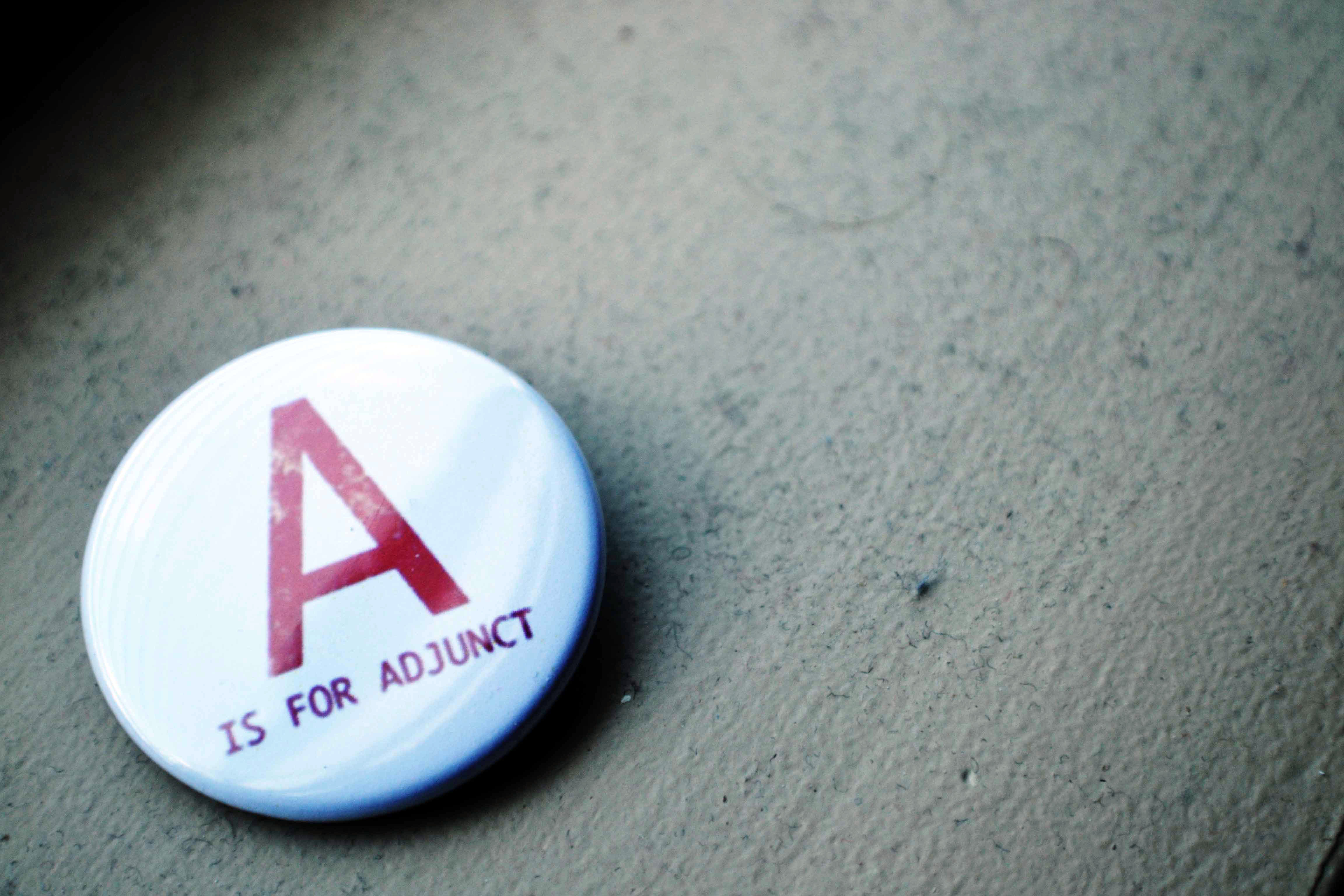 On Feb. 25, staff and students across the United States walked out of classrooms at noon. It was the first National Adjunct Walkout Day, where students and professors stood in protest for the job security, fair pay and support of adjuncts. Although the movement was most prominent in the US, its efforts and goals are alive and well in Canada, even here at Laurier.

An adjunct, the American name for a contract staff member, is hired part-time but in many cases, works full-time hours. In the United States, part-time instructors make up 76 per cent of staff. There is no official record in Canada, but a 2014 article by the CBC estimated that 50 per cent of classes are taught by contract faculty.

Prof. Sue Ferguson, an associate professor of Digital Media and Journalism at Laurier Brantford, said she thinks the walkout’s biggest impact will be raising consciousness of the issue rather than changing the ways universities will fund future teachers.

At Laurier, contract faculty teach about 50 per cent of students and earn about $18,000 a year. The average annual household income is $76,000 in Canada. To enroll in the Laurier Pension Plan, part-time faculty must register manually as they are not automatically included. They also do not receive regulated dental or health benefits.

Since it is cheaper to hire part-time staff, there is an increase in hired contract faculty. Often, part-time faculty work full-time hours with part-time wages. Due to such financial constraints, it is difficult for contract faculty to spend the necessary time with students as many simply cannot put in more hours working for free.

“It’s like sweatshop labour, really,” Prof. Ferguson said. “We get so upset about people working in sweatshops overseas but you look around you and you in fact have people who are working under poverty-level wages at your university teaching you. That’s really something to be appalled at.”

In order to become full-time, staff must publish extensive academic research but this labour-intensive process is hardly feasible while teaching courses.

Prof. Ferguson said that while one-day actions do not change much as change occurs with prolonged action, they are still important. “It’s super important because it’s part of something that can build momentum,” Prof. Ferguson said.

Prof. Ferguson used the 2012 Chicago Teachers Union’s strike as an example of a successful event that started small. “That began with little one-day skirmishes here and there and you need those to build people’s confidence, that it’s okay to fight back and that there’ll be people who’ll support you if you’re fighting back,” Prof. Ferguson said. “It is part of something that could potentially grow into something much bigger, and it’s an important cog in that wheel.”

Talks of job security and fair pay for contract academic staff are present throughout many Canadian universities.

In solidarity with National Adjunct Walkout Day, the Ontario Confederation of University Faculty Associations, known as OCUFA, launched a “We Teach Ontario” campaign to highlight the works of contract faculty in universities across the province. The campaign also brings up the challenges contract faculty face regarding job security and working conditions.

A Laurier Facebook event page was created by Ethan Jackson, a student, to host the walkout at the Waterloo campus. On the day of the walkout, students marched throughout campus in solidarity with part-time faculty at noon, similar to students in the United States.

“As students, we pay thousands of dollars a year for our education,” Jackson wrote on the Facebook event page. “We are in school to get a degree and to get a better job, yet why is it that the ones teaching us this narrative do not get the same opportunity of stable living, of health care access, of aspirations?”

“It really depends on how much the universities really aggressively pursue the move to create more contract faculty at the expense of full-time faculty jobs,” Prof. Ferguson said. “At some level people would say, ‘Well isn’t that a progressive thing because at least you are giving them something?’ But the problem is it’s not a good solution for education in the long run because the contract faculty are often so stressed out.”

If you take note of your professors’ official titles, several are likely to be contract academic staff members. Understanding the context of their employment  can help explain a lot of what goes on inside and outside of your lecture hall.