Checking in with The Ascot Royals 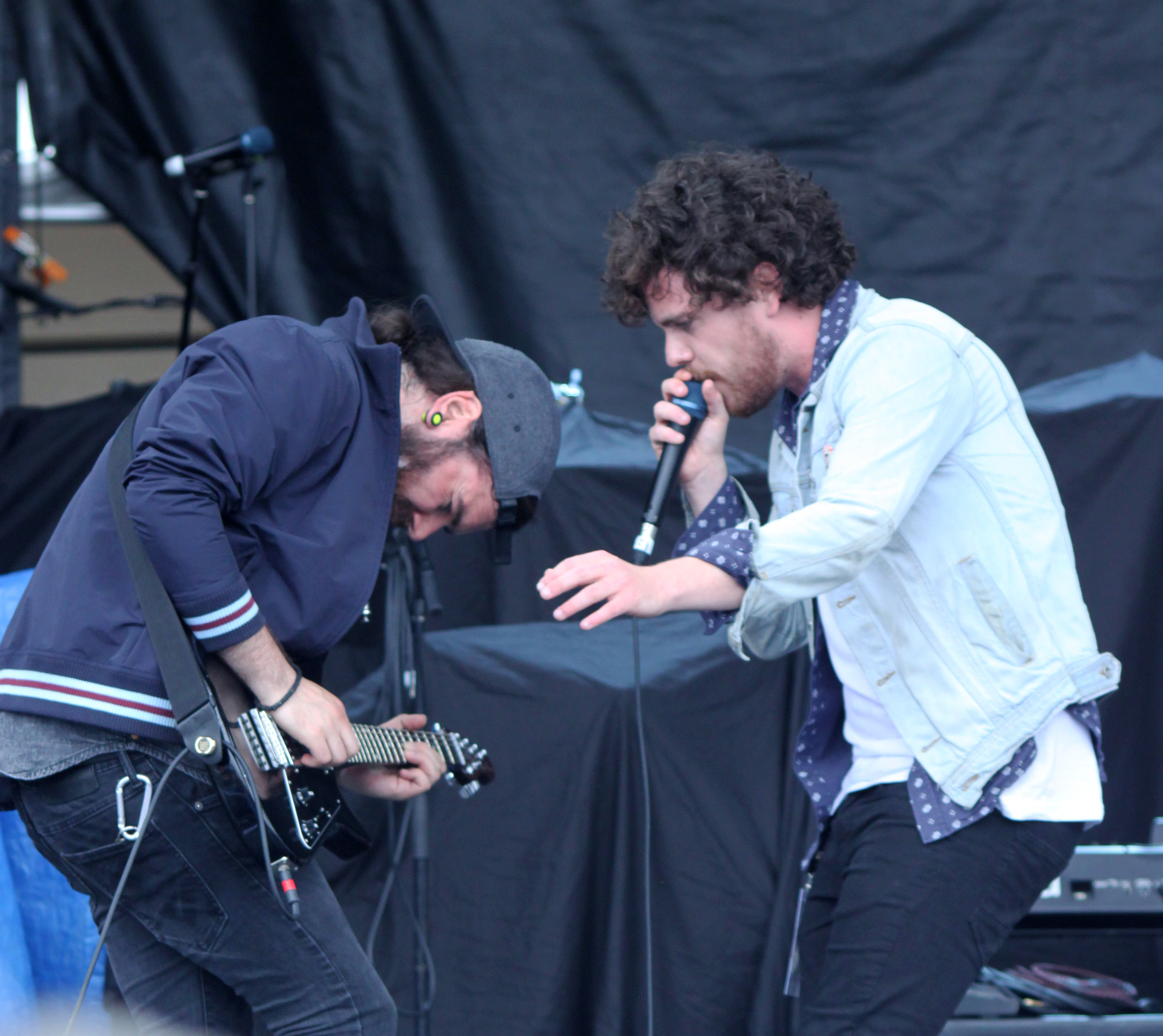 I recently got to talk with Brantford’s own The Ascot Royals, ahead of their performance at WTFest. Singer Jimmy Chauveau and guitar player Tal Veisman were on hand to talk about their heavy touring schedule, new songs, and the message behind their songs.

Dillon: So you guys are touring pretty heavily it seems like.

Jimmy: On the verge of kick off time so it’s exciting.

Dillon: What’s that like right now, to be playing constantly?

Jimmy: It’s honestly the most exciting time for us, we thrive off playing live and the atmosphere of these events. It’s really exciting to do what we love each day.

Dillon: Is this the most you guys have been playing in a set time? Is it like this every year?

Jimmy: Lately. We usually tour pretty extensively and lately we’ve been hiding away and writing and getting an EP ready for release at some point. But it’s good to be back, it’s been awhile coming.

Dillon: About that new EP, is it still in the works?

Jimmy: It’s still in the works. There’s no deadline on it so far.

Tal: We have a single release in mid July. It’s the first single off the new EP that’s going to come out.

Dillon: You guys are already playing songs off that right?

Jimmy: Yeah we’re going to showcase a lot of them today for the people of Brantford.

Dillon: Is Brantford where you guys are based out of right now?

Tal: We’re kind of based out of Brantford, we’re kind of from all over the place. Jimmy and Ben are originally from England and I came from Israel and the other two guys – Scotts from Hamilton and Sam is from Palmerston, Ontario. But now most of us live around the Brantford area, I live in Toronto.

Dillon: What’s it like living in Brantford, playing in a band that’s touring all around?

Jimmy: Its nice and cheap for us, it’s a good place. We had a moment, about a year ago, our gear was stolen, so we had a fundraiser show and the Brantfordians were amazing, they came out in numbers and were supportive at a hard crucial time for us, and really made us realize why we were really doing this. It forced us into working that much harder to come out with a better product.

Dillon: Laurier students always want to know what it’s like to live year round, and what you do for fun.

Jimmy: It’s a good community and it’s got a good music scene as well. It’s starting to thrive out of the city, and just good people, you know?

Dillon: Let’s talk about your sound. It’s pretty modern but unique. Who are some of your influences and how have they changed?

Tal: I would say that in the past we were pegged as a dance rock band. A lot of the British influences came in, with anything from the indie influences and the dances beats and things like that. With the newer stuff were doing, it’s more eclectic and more open to interpretation and it’s straight up rock songs that have good energy, but we focus more on who were are as people and to get that to come out in the music. We found our identity message wise and we’ve had a few struggles in the last few years and we’ve zoned in on that.

Dillon: So when I listen to you guys, I find the vocal arrangements and the rhythmic aspects set you guys apart from other bands. Is that a focus during song writing or does that come out of production?

Jimmy: Honestly, we’ll get the bare bones together then we’ll bring it to the guys and we’ll add a lot more flavour to it.

Tal: We are focusing more on singing, all of us now, we’re working on our voices and it’s been a lot of fun.

Dillon: Awesome. So what are your plans for the rest of the summer?

Jimmy: Heading down to Warped Tour July 1st to 8th, then we’ve got a couple of big shows, Luminato Festival.

Dillon: But you can’t talk about it?

Tal: I can tell you the name of the song. It’s called “Best is Yet to Come”. We’re really excited about it. It’s a really important song for us to, when we wrote it, it was a special thing for us. We’re actually working on our new EP with Gavin Brown.

Jimmy: Out of Noble Street.

Tal: He’s been instrumental for us going to the next step. Aside from the great shows that we’ve landed.

Dillon: Aside from the rain, what’s it like playing this big of a festival in Brantford?

Jimmy: Oh we love it man, to come back to Brantford and do this at this spot is unbelievable. We get to showcase our new songs in the loudest way possible and we are very grateful to Jamie Stephens for having us.