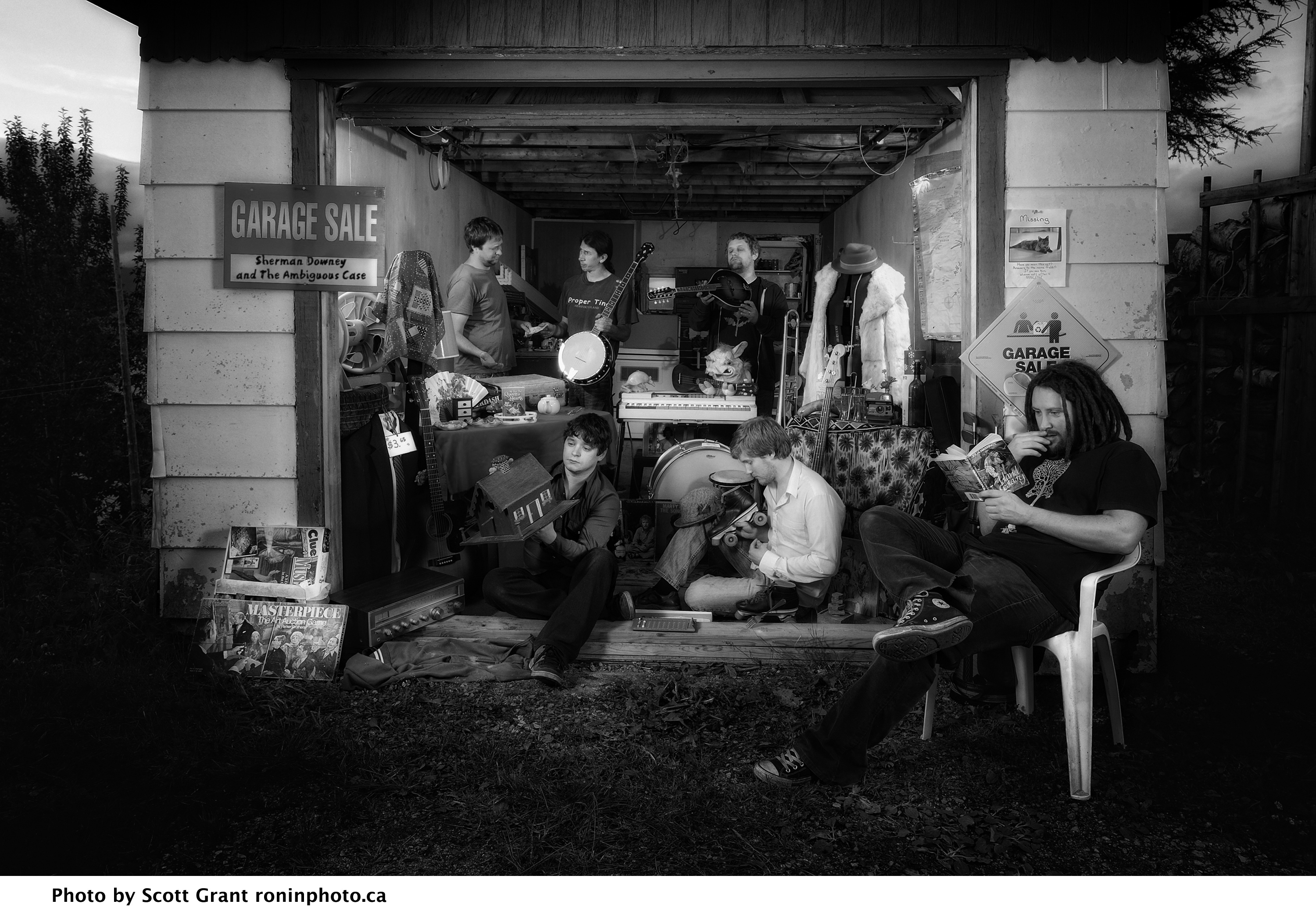 At this year’s very first CBC Music Fest, I got an opportunity to see Sherman Downey and the Ambiguous Case perform live. The performance was nothing short of breathtaking, and I immediately Googled them to learn that they had just been named Canada’s Best New Musical Act in a contest run by CBC Radio. The band is from Newfoundland, and they embrace the unique, unrivaled charm of the Maritimes in their sound. I got the chance to chat a bit with front man Sherman Downey, and he was cool enough to answer a few questions about the band (and himself) for The Sputnik. Want to know a bit about these smashing newcomers? Find out all about them below.

You were just named Canada’s “Best New Musical Act” – what the heck does that feel like?

We’re pretty humbled by the response from fans of the band, actually. For those who haven’t followed the CBC Searchlight Competition, about 3,000 bands from across Canada entered in a competition where the winner was chosen through a fan-based voting process. We’re overwhelmed by the support and excited to reach new listeners across the country. Short answer? I guess we’re pretty friggin’ excited.

How has the East Coast influenced your sound?

The boys grew up in Corner Brook here on the West Coast of Newfoundland and I grew up in a little spot called South Branch in the Codroy Valley – also on the West Coast of the island. I’m pretty sure the guys were all raised on metal and I was surrounded by old country. We’re managing to meet in the middle somewhere! Please don’t imagine we’re a folk metal band, however. There’s a pretty rich cultural influence, which permeates our day to day. There are a lot of go-to instruments in our province; guitars, of course, mandolins, fiddles and accordions – instruments that can sit at an arms reach in the corner of any room. We use those instruments when we write and play and it’s just natural for us to use them on the road. We have a certain loyalty to them you might say.

So many artists focus on the crappy part of life, what keeps you guys so happy?

Ha! I don’t know – perhaps we’re happy because of the music we play rather than the other way around. Ultimately, we’re just a bunch of friends doing what we love and as long as we continue to get people out to listen to the little songs we write, we’ll be happy.

Do you have an affinity for bees? If so, why? If not, why the bee?

The bee on our first album was painted by the very talented Grant Boland. We’d decided to call the first album Honey for Bees because it’s a sweet and easy-to-remember title. I decided a while ago (despite any confusion that may arise) to write the title tracks for our albums and put them on the subsequent releases. Perhaps having the title track for the first CD on the second release has lent the bee a bit more longevity. Of course, that’s not a bad thing. Plus, bees are just lovely.

What’s the top played song on your iTunes?

If you mean the songs that we’ve released, the top song played now is “Keep Your Head Up” … maybe because there’s yodeling, not sure. It’s followed closely by “Blue” and “Church Mouse.”

If you mean the songs that I listen to on iTunes? It’s “One Day the Warner” by Al Tuck.

What is one piece of advice you’d give to a struggling musician?

Love what you do.

If your band was a pizza, what kind would it be?

In the interest of being diplomatic, I texted the boys and asked about favorite pizza toppings.

That’s one weird pizza, but wrap it up – we’ll take it.