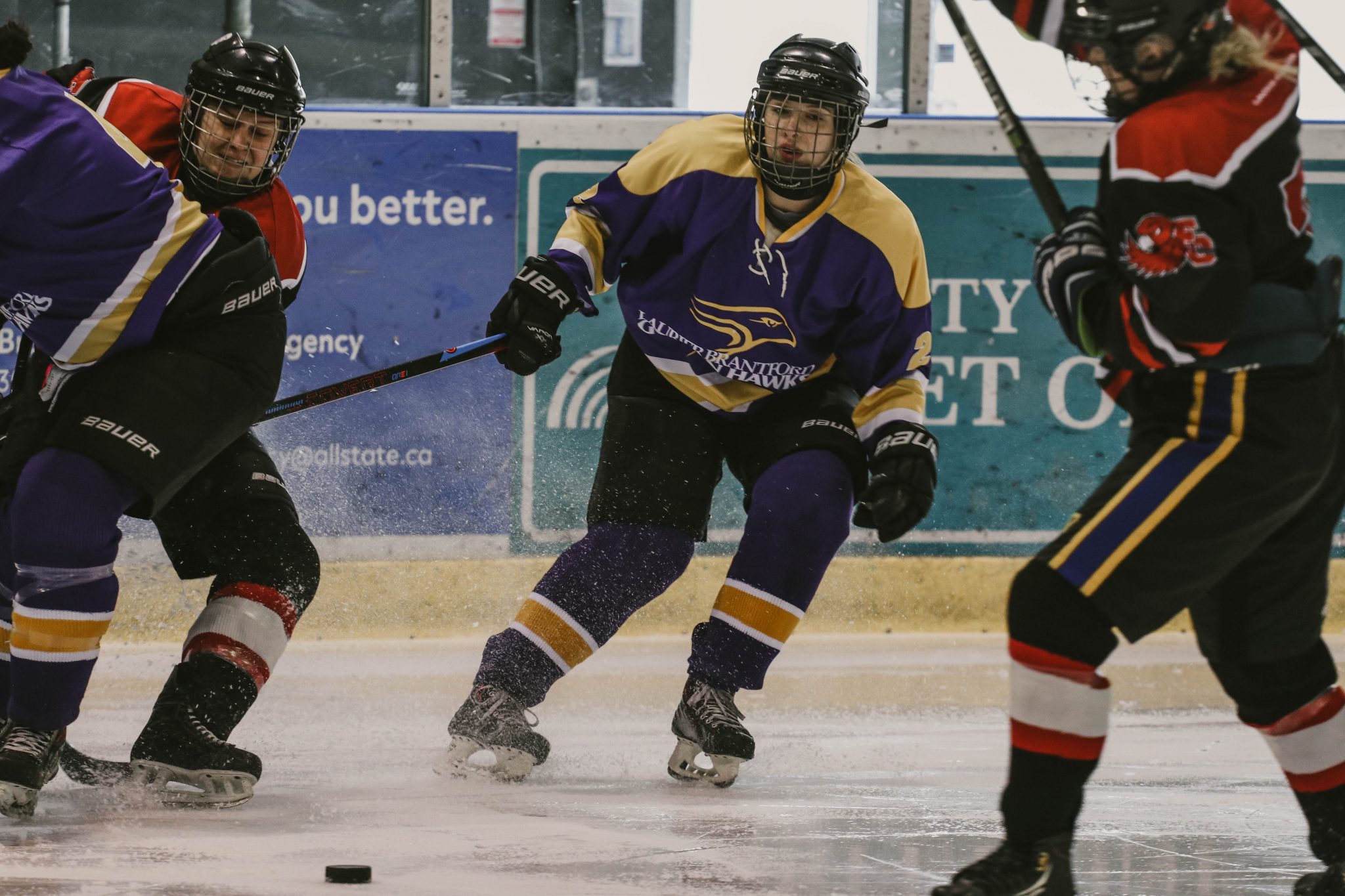 The women’s home tournament was originally scheduled to be on Feb. 14, but it seemed there were several issues that arose with the tournament being played on Valentines Day, the day which also begins Laurier Brantford’s winter reading week.

Summer Belanco, the captain of the women’s team, and Megan Thring, another core member of the team, were willing to share why the tournament had been rescheduled.

“If we had to play next Friday, we would have possibly had to forfeit our participation since a handful of us will not be here due to early reading week plans,” said Belanco.

“There are some of us who play in an Intermediate A league outside of school, and there is a tournament on that day, so some of us need to be at that as well,” said Thring.

However, when the organizers were asked about the tournament date change, they had a different reason for why the tournament was to be played a week earlier.

“The rescheduling of the tournament was due to scheduling conflicts with other attending schools and was required in order to meet OCR hosting standards,” said Megan Jacklin, Coordinator of Recreation and Student Life at Laurier Brantford.

Regardless of the reschedule, the tournament went off without a hitch, and the Golden Hawks played a solid tournament throughout the day and made it to the semifinals before being eliminated in a tight game against Fanshawe College.

The women played their first game of the day against the University of Toronto Mississauga, with which they came out of with a 5-1 victory, with Megan Thring scoring four goals on the way to their win. They came up short in their second game against Fanshawe College with a 4-0 loss, who they met again in the semifinals, where the Golden Hawks lost 3-0 to a fast offence and a sharp goalie.

“I think we played really well offensively, we drove to the net really hard, and our practicing of cycling the puck in corners in training allowed us to execute it here today,” said Thring. “I do think we need to play more defensive hockey. We’re letting them break up through the middle, as well as protecting our goalie a little more.”

“[Communication] is definitely one of our bigger weaknesses and that’s the problem with facing teams like this, we don’t practice as consistently,” said Belanco.

Scores do not always show the full story of a sporting event and it is difficult to capture the energy and effort put in by both teams, and while there is always room for improvement, both players and coaches were very impressed with the level of determination displayed in each and every game throughout the tournament.

“Everyone played really well and we’re starting to gel as a team more,” said Belanco, “we played hard and we were able to capitalize on their flaws.”

The men’s team also played their final home tournament on the same day and were also successful in making it to the semifinals where they were eliminated.

This marked the end of the season for both teams. They will begin playing again in the fall 2020.