Brantford on the Big Screen: Movies and Shows Filmed in the City 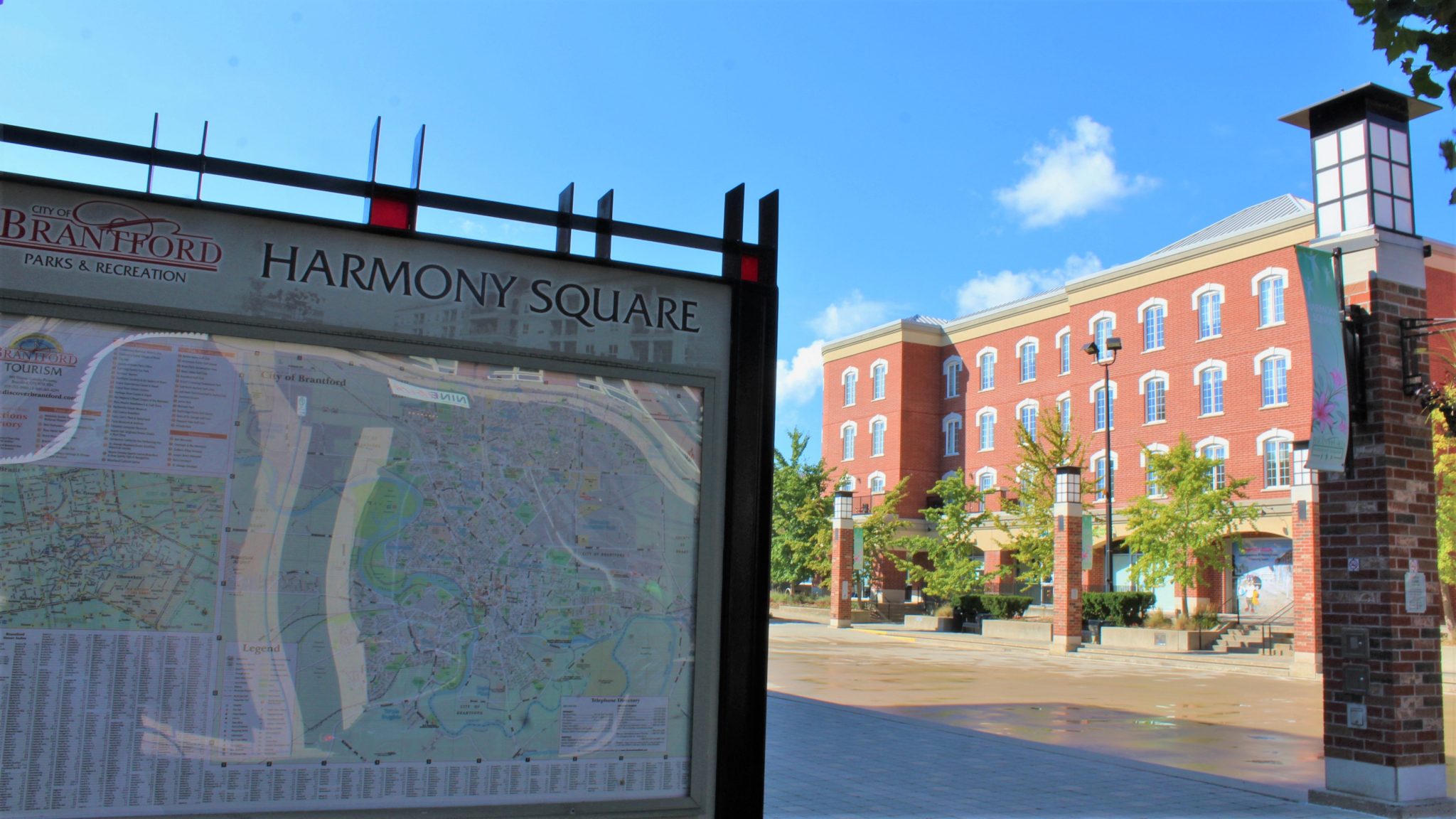 Brantford has become a popular filming location in recent years, with well-known productions like The Handmaid’s Tale, Schitt’s Creek, and the newly released Mayor of Kingstown choosing to shoot in the city.

The most frequented sites for filming in Brantford are in the downtown core where Laurier’s campus is located.

In 2020, the TV adaptation of Margaret Atwood’s 1985 novel The Handmaid’s Tale filmed in the lower-level of the One Market building and on Queen Street near the Expositor Place residence. In 2018, they shot on the Grand River near Lorne Park.

The Canadian drama series Murdoch Mysteries has been shooting in Brantford since 2011, filming at Laurier’s historic Carnegie building as well as Glenhyrst Gardens off of Paris Road, among other locations.

While the first notable production to film in Brantford was Silent Hill in 2006, Davey says it was not until 2018 that the city began to consider film a key industry for economic development.

More movies, TV series and commercials have been filmed in the city every year since then.

The Sanderson Centre, another of Brantford’s cherished landmarks, has hosted such productions as American Lawmen, the CNN docu-series Race for the White House, and All-Round Champion, which also filmed at the Rotary Bike Park and Wayne Gretzky Sports Centre.

Part of Brantford’s appeal as a filming location, Davey says, is its proximity to bigger cities like Hamilton and Toronto, since “filming is quite busy in those larger urban centres.”

She also notes that it grants productions “easy access to an expansive talent pool across the region.”

Three episodes of the sixth season of CBC’s Dan and Eugene Levy-starring sitcom Schitt’s Creek were filmed at the Sherwood Motel on Colborne Street in 2019.

“Personally, Schitt’s Creek is one of my favourite shows, so I was very excited when the production chose to film here,” says Davey, “especially in their final season, which ended up doing tremendously well at the Emmys and Golden Globes.”

The show has won nine Emmys, including the award for Outstanding Comedy Series in both 2019 and 2020. At this year’s Golden Globes, it won five more awards.

Another production Davey was excited to welcome to the city was The Cuban, a film about a pre-med student working at a nursing home whose life is changed after she forms an unexpected friendship with an elderly Cuban musician.

The movie was filmed in Brantford in 2018—including at the Sanderson Centre and Club NV—and released last year.

“[The Cuban is] a wonderful story,” says Davey, “and there are so many Brantford locations in it that, as a Brantford resident, you almost have to watch it twice—once for the plot and once to yell and point at all the Brantford hot-spots you recognize!”

The 10 productions that filmed in Brantford in 2020 resulted in $1.3 million in “estimated specific budgets,” which refers to the amount the productions estimate was spent on the filming project alone.

“What’s not included here,” says Davey, “is the economic impact of all those hotel stays, food bought, entertainment, et cetera.”

More than 1,000 cast and crew members stayed in Brantford over the course of about 130 days of filming last year, leading to approximately 3,000 hotel nights spent.

“This is where the tourism component ties into the filming portfolio,” says Davey.

Providing the film casts and crews with information on local restaurants and businesses to visit during their stay in Brantford, Davey explains, further stimulates the local economy.

The profits generated from the 12 productions that filmed in the city this year are expected to be even higher than in 2020.

Mayor of Kingstown, a new crime-thriller series starring Jeremy Renner and Kyle Chandler, filmed in Brantford three times in 2021. It premiered on Nov. 14 on Paramount Plus.

“It’s a thriller in the vein of Sons of Anarchy, so very gritty,” says Davey, “I’m looking forward to seeing it.”

Filming in Brantford was prevented from March to June last year during the first COVID-19 lockdown. Since then, with provincial health and safety guidelines put in place by the time of the second and third lockdowns, productions have been fully operational.

To explore more of the movies and shows that have been filmed on and around campus, visit this interactive Story Map on Discover Brantford’s website.