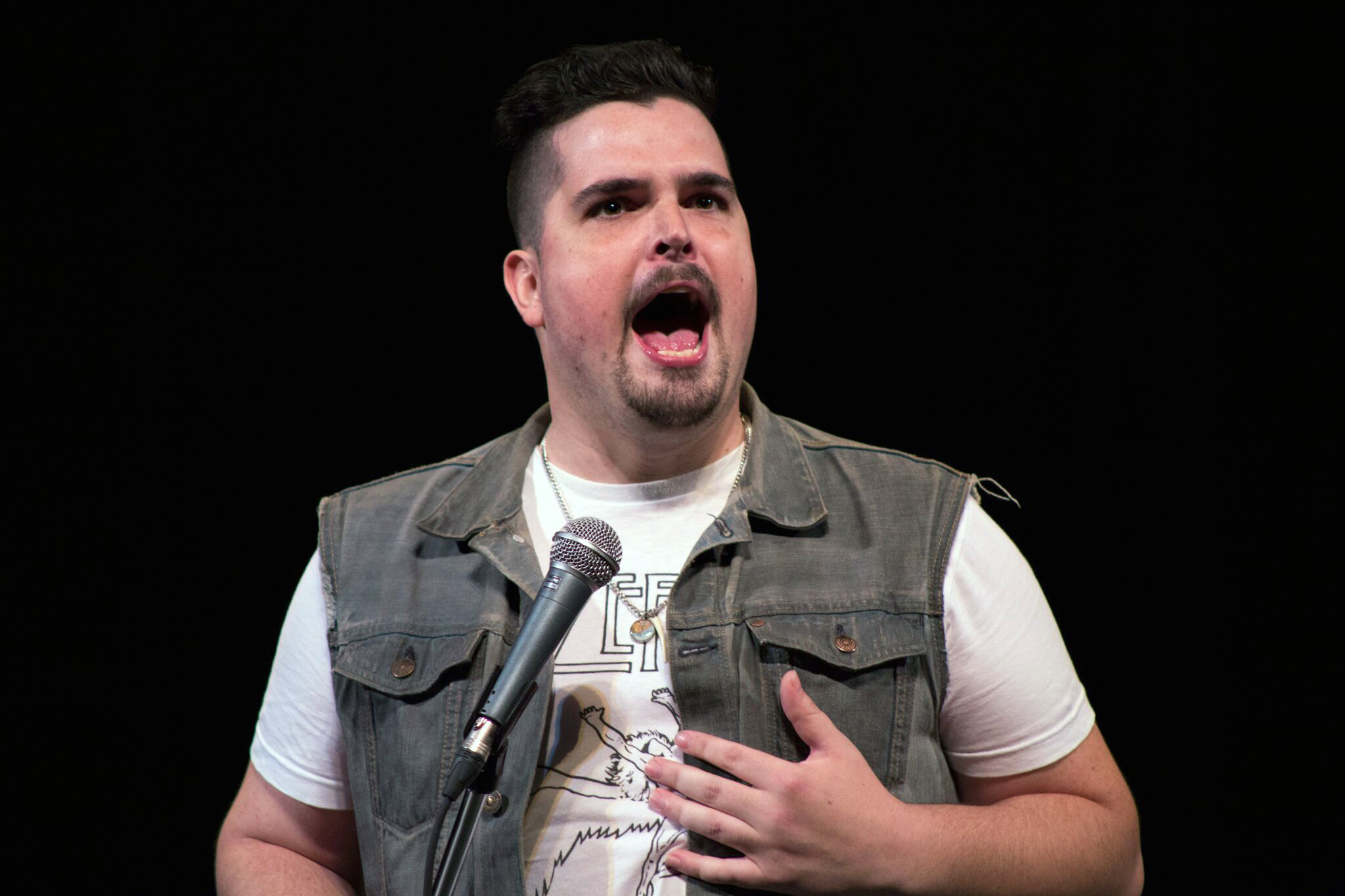 On Sept. 24th, the Sanderson Centre overflowed with the laughter of approximately 1100 fans at the seventh annual Brantford Comedy Fest. Toronto comedian Mike Rita took home the $10,000 grand prize with his routine on growing up in a Portuguese family.

However, the competition was no walk in the park for Rita, as he had to compete against six other comedians. Along with Rita, the line-up included Shawn Hogan, Andrew Barr, Scott Belford, Nick Nemeroff, Ryan Dillon, Monty Scott, and special guest headliner, Steve Patterson. The event was hosted by Clifford Myers, a Hamilton comedian who warmed the crowd up before and in between acts.

Toronto comedian Shawn Hogan, joked about his experiences at a gay bar and how girls need to, “step it up.” Toronto comedian Andrew Barr followed up with the struggles of being a child with a widow’s peak and his high hopes of Hillary Clinton’s rise to presidency. Toronto comedian Scott Belford talked about how he knew he looks like Shaggy from Scooby-Doo and having “bobby pin issues” while living with his girlfriend. Toronto comedian and Rising Star contest winner Nick Nemeroff slayed the crowd with his awkward jokes, including one about “cosmetic brain surgery.” Newfoundland comedian Ryan Dillon joked about being from out east and the differences between provinces. Scarborough comedian Monty Scott joked about ethnicity and “not being straight enough for the two-man luge.”

Canadian comedy vet Steve Patterson wrapped up the show with a set about Canadian politics, “Brantford ninjas”, and Kevin O’Leary. Patterson was also not afraid to break into song throughout the set, performing an off the cuff country song.

Upon receiving the $10,000 cheque, Rita screamed, “Fuck yeah!” into the audience and thanked everyone that helped him get to where he is.