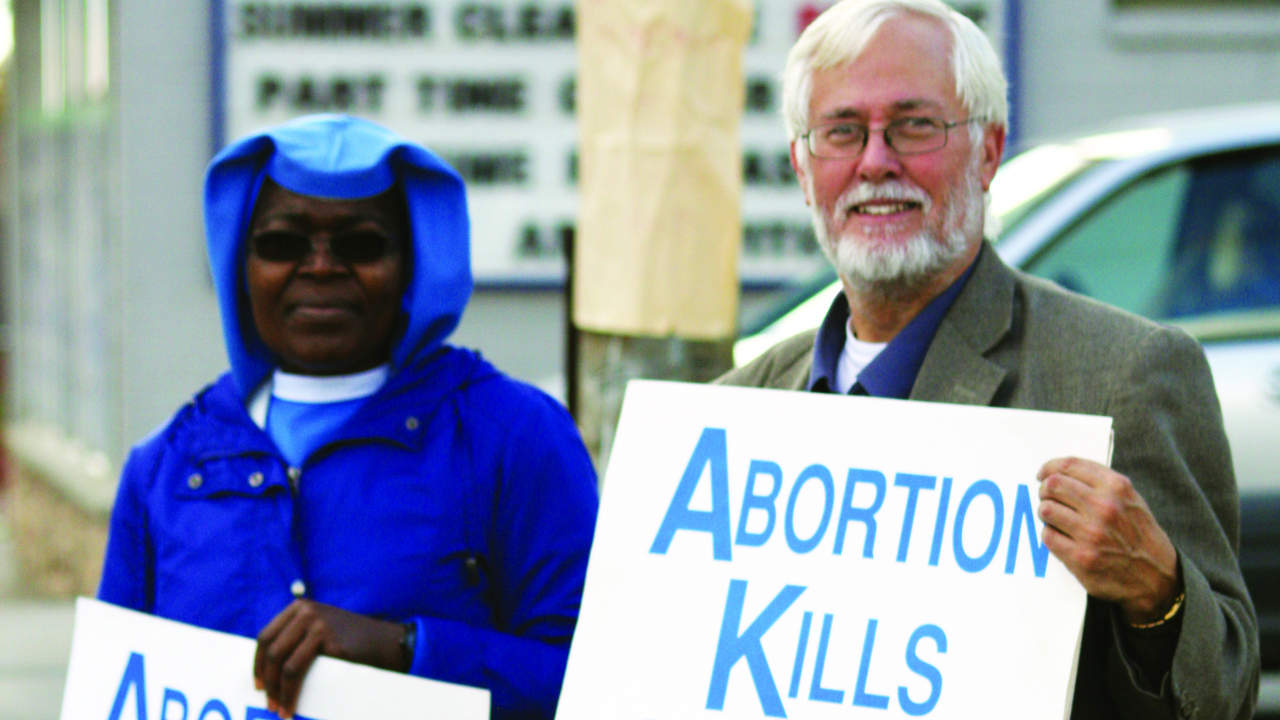 On Sunday, September 30th, the “Right to Life” campaign held its 20th annual protest against abortion, organizing a life chain along St. Paul Avenue. Young and old, the protestors stood on the windy day holding signs that read, “Abortions Kill Children” and “Jesus Forgives & Heals,” in hopes to spread the word that women have other choices than abortion.

Abortion is a topic of great controversy, and especially with the recent defeat of Motion 312, a motion to essentially make the act of abortion illegal, the life chain this year had more importance to those who wanted to see the motion pass. Around 50 or more people showed up to express their opinion and promote pro-life, each of them coming from different Christian denominations.

For 19-year-old Kristin Deboer, this year’s life chain was her second time participating in it, and was important to her because she had known some people who went through with abortion and regretted it. In her two years of protesting, it has not always been easy. In one case, she had someone throw food at her.

“People who honk at us a lot usually means they agree with us and like what we’re doing, we usually get the finger if they don’t,” she explained.

For Deboer, her main goal in the protest is that she hopes people will look into abortion more, and know that people are always welcomed to come and talk to the church.

“You don’t have to be a Christian to stand along this roadside,” said Paul Vandervet, a lawyer and the vice president of Brant Right to Life.

Vandervet’s arguments for stopping abortion are that of dramatic consequence. He argues that abortions will not allow the demographic to sustain itself, saying, “I know that between 10 and 15 years from now, you cannot sustain an economy over more than a generation or two without that [abortion] just devastating the economy, you don’t have your consumers and you don’t have your producers”

Vandervet continued to say, “With the western promotion of sterilization, contraception, [and] abortion, that’s what the radical feminists have been able to promote all over the world. It’s going to have devastating economic consequences; you ruin your economy, you ruin your family life, you ruin your morals. And so you have to wave the flag.”

In Vandervet’s beliefs and opinions, abortion faces serious consequences for the future of society. When asked about sex before marriage, he replied, “Sex is for two things only; babies and bonding.”

The number of people against abortion is very seldom against those who believe in pro-choice. Those who fight to eliminate abortion are largely religious, and lack numbers. The great debate of whether or not abortion should be legal has been argued for many years in western society, and one that will continue to do so for many more.