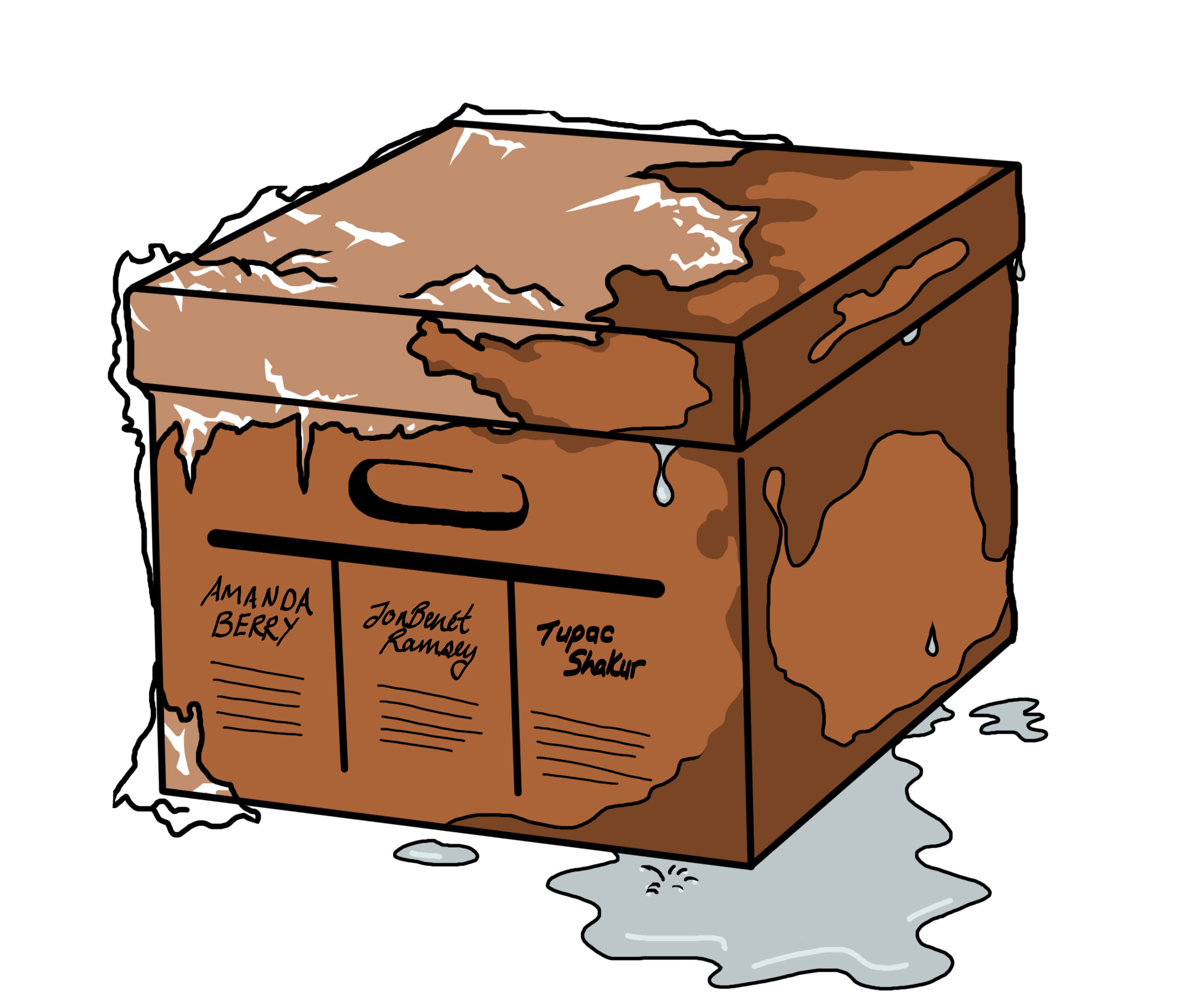 Reading the headline, you may not know much about those three names. Maybe you have heard of Tupac from his short lived (but highly rewarded) career as a rapper, and maybe the names of Castro and Ramsey from current news stories resurfacing in the United States. But the specific details of these individuals may not be known or how they may be connected. These stories all revolve around, unfortunately, brutal and unforgiveable crime. Until recently, all three of these cases also shared the label of “unsolved”, that changing with the discovery of three women and one girl locked in the house of Ariel Castro on May 6, 2013. These women, named Georgina “Gina” DeJesus, Michelle Knight, Amanda Berry and a daughter of Berry’s, whose name has not been released were held captive nearly a decade. After that long – a decade – the cases of Berry and DeJesus were still open. Police agencies were still trying to find these two, who had gone missing at ages 17 and 14, respectively. The case of Knight, who was 21 at the time of her kidnapping, was closed 15 months after her disappearance. Her information was removed from the National Crime Information Centre, police were to stop looking into where she may be.

Six years before Ariel Castro kidnapped Michelle Knight, beginning his spiral of destruction on several families in Cleveland, rapper Tupac Shakur, one of “the greatest artists of all time” according to Rolling Stone, was leaving a Mike Tyson boxing match. After getting in a physical confrontation with alleged Crips gang member Orlando “Baby Face” Anderson from Compton, California, Tupac was on the road to Club 662 in Las Vegas. Tupac would never make it. At about 11:15 p.m., while stopped at a red light, with Tupac standing through the car’s sunroof, a white Cadillac pulled up beside them and fired several shots. These struck Tupac in the chest, pelvis, thigh and right hand. He would die in the hospital six days later. To this day, the police have no idea who pulled the trigger; no one knows who murdered him. Headlines in the New York Times read, “Tupac Shakur, 25, rap performer who personified violence, dies”.

Two months after that headline ran, on Christmas Day of 1996, another case made headlines across America. Child Beauty Pageant Queen JonBenét Ramsey, 6, was reported missing. Eight hours later, during a police investigation of her home, they found the missing child. Unfortunately, JonBenét was no longer alive; she had been struck on the head and strangled. This would lead to a criminal investigation as long as 17 years, for the case of JonBenét Ramsey still hasn’t been solved. The child who was found murdered in the basement of her own home is still being investigated and the legal system still hasn’t been able to prove who the murderer was, even though one answer seems to be the obvious one and it’s repeated constantly.

It leads to a question. What if all three cases, all of which were over a decade old, decided to close for good after that ten-year mark? If after ten years of investigation, consideration and deliberation, a case would be closed and considered unsolvable. Would it be for the best? In my opinion, the answer isn’t yes, or no. It’s somewhere in the middle.

Starting with the “yes” aspect, which may be the most contested. I feel the reason cases should be closed shouldn’t be from an economic aspect (although cases open that long do end up costing a fair bit of money to police services), but I question the emotional drain it must have on those involved. I even contest myself in saying that. Think, after being questioned weekly, monthly or yearly about the kidnapping or murder of your loved one, going over the same material again and again, it must get to you. Having to relive what could easily be the worst experience of your life. Think of the family of JonBenét, it’s been 17 long years. With her case, there has hardly ever been a pause in the curiosity, in the investigations and deliberations. For 17 years, the Then again, this can be easily fought. When the case is finally solved, I’m sure that provides some of the best recovery you could possibly be given. Closure, at last. Look to the case of the Ariel Castro kidnappings. The case was closed, but Michelle Knight was alive the whole time. How many other cases are like that? The “closing case” point I just addressed with always be contested, I feel. The experience of Michelle Knight is the reason why – the perpetual “what if”. On that fateful May 6 of this year, when Amanda Berry broke out of her handmade prison, 911 was called. She said her name and the officer recognized it immediately, even after all these years, because the search was still on. What if it wasn’t? If the police didn’t respond as fast as they did? Ariel Castro may have escaped and the monster may still have been alive today.

Finally, Tupac. Some have said that what happened, happened. Probably gang violence that may of been deserved. But the story of Tupac shouldn’t be over and here’s why I feel this way. Afeni Shakur, the mother of Tupac Amaru Shakur, had to tell doctors to pull the plug on her son back in 1996. No matter if he lived a life that some say was riddled with crime, or if he was a rapper that some didn’t even deserve the time of day, he was a son who died in his mother’s arms. Answers should be given to Afeni. In Tupac’s song, “Dear Mama”, I think he feels the same way, so that’s how I’m going to end this story: “I wish I could take the pain away, if you can make it through the night there’s a brighter day. Everything will be all right if you hold on. It’s a struggle everyday, gotta roll on! And there’s no way I can pay you back, but my plan is to show you that I understand. You are appreciated.”