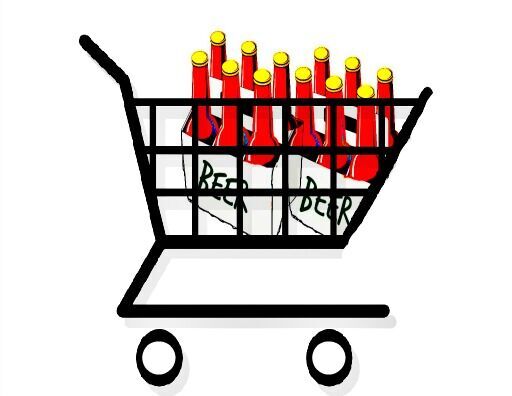 As of mid-December, Ontario Premier Kathleen Wynne has announced the beginning of beer sales in Ontario grocery stores. The CBC reports that she calls it “the biggest shakeup to alcohol sales since the end of prohibition.” While the launch of the new campaign is only in its early stages, we can expect to see fully stocked shelves of our favorite brews within the next year. Your need-to-know, as reported by CBC, beer will be sold in six packs at the same price as set by the LCBO. No more than 7.1 per cent alcohol content will be allowed, and at least 20 percent of the alotted shelf space must be dedicated to craft beer.

Obviously, there are concerns over possible sales to minors, availability of alcohol with twenty-four hour grocery chains, and a possible change in demographic for regular supermarket goers. However, beyond the superfluous right-winged arguments of the typical dry county sheriff exists a wide range of opportunity for brewers and enthusiasts alike. As a connoisseur of cheap beer, even I can appreciate the utility in picking up soap, cereal and suds on the same run. But perhaps the most exciting news, for local crafters, will be the opportunity of a fighting chance in a market that has otherwise been dominated by a state sponsored brewery cartel. In fact, long standing effects of prohibition era regulation are still felt to this day.

Although only having stayed dry for eleven years during that period any real reform to liquor control in Ontario has been minimal to non-existent. Policies have been stringent to say the least, and in some instances even just strange compared to our commonwealth partners. Pushing forward to introduce beer sales in Ontario grocers marks an important step forward. The days of waiting in cue to place an order in the bizarre federal service-style setting of the Beer Store begin to move behind us. The Globe and Mail suggests this reform will help to dissolve the monopolistic tyranny that is The Beer Store and actually move profits from alcohol sales to Canadian companies. Wynne has a point when she says “the biggest shakeup since prohibition” which unfortunately is true. In the future we might wonder how we got by relying on a single institution for something as trivial as beer. For now, I might just crack a cold one and worry about it later.