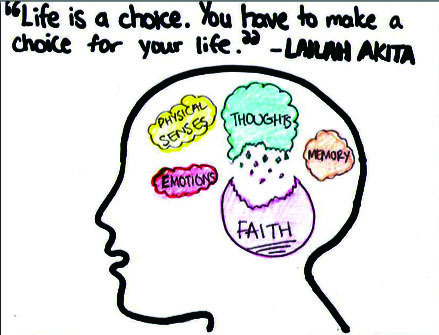 Whether you identify as religious or non-religious, I’m sure you can agree that religion is an influential factor even in Western countries. As most of us know, believers in particular faiths follow different beliefs that govern a variation of decisions such as: employment, residence, choice of institutions and more. Canada, being the caring country that it is, has given Canadians the right to have their faith. Every now and again, a story makes its rounds in the media about terrorism and other events influenced by religion. However, faith has its ways of influencing its followers that are quite interesting.

Calgary has recently been celebrating Pride and Calgary transit has been encouraging support of the LGBT community by giving buses rainbow coloured themes. Jesse Rau, a devout Christian and bus driver for Calgary transit, threatened to resign if told to drive one of the buses – according to CBC News. Rau was hopeful that Calgary transit would support him and other drivers that are not supportive of driving the buses. CBC News had also mentioned that Doug Morgan, director of Calgary Transit, said that drivers were only allow to turn down work because of safety issues. Rau’s pastor, Artur Pawlowski, was in support of Rau’s decision.

It is inspiring to see how devoted Rau is to his Christian faith. However, it would only seem fair to withdraw from work that would be life-threatening. Although this is the case, Rau seems compelled enough by his beliefs to stand by his decision. Pride is an event involving the support of the LGBT community and does not support discrimination of any kind. Regardless of this, an individual has the right to stand by their beliefs – even if it ends up with them losing their job.

It is intriguing to see the differences and similarities between generations – especially when it comes to issues such as these. The Toronto Star mentioned that religious parents felt they were responsible for their kids knowing about gender and sex topics. Parents are always allowed to have a say in their child’s life. The Peel Board seems as though it wants kids to understand gender and sex from a young age. I remember being young, and not knowing much about topics such as homosexuality and transgenderism. Regardless of religion and faith, it isn’t wrong for parents to feel concerned about what schools teach kids. However, a child being taught about touchy subjects such as gender identities can be of great benefit. It is essential for children to understand these subjects as soon as possible.

Awareness about the people around you can be just as important as an individual’s faith.