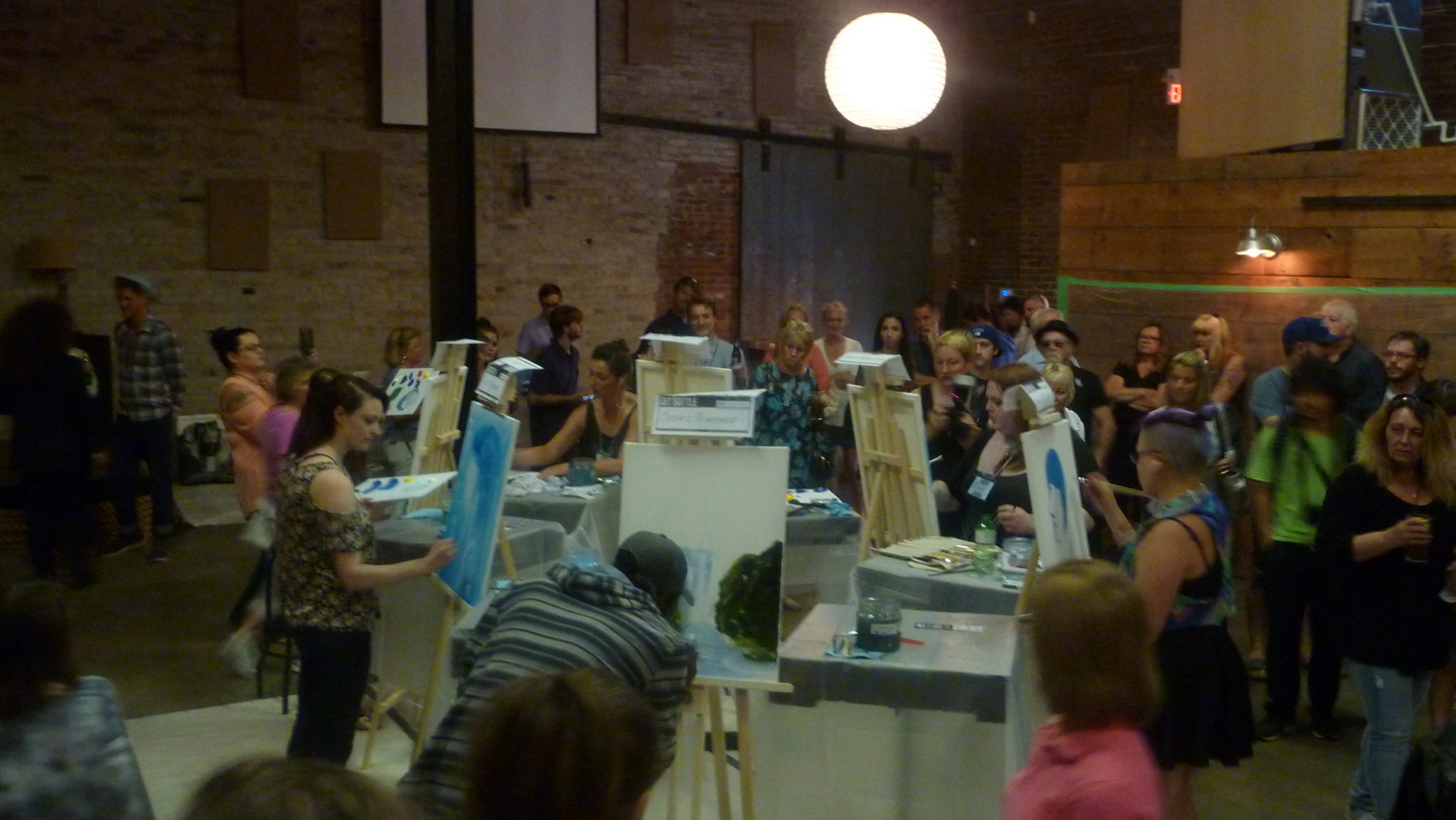 June 22 was the first Brantford Art Battle, taking place at the Rope Factory Event Hall on Sherwood Drive. The competitive painting event featured twelve artists creating paintings to be voted for by the audience over three 20-minute rounds.

David Wierzbicki,the winner of the event – produced by Murky Productions in part with Paint-Club and the Rope Factory Event Hall – will move on to the final round, which will be held in Toronto in July. Everything produced during the Art Battle was put up for sale that evening, during a silent auction. The proceeds from each painting went to the artists and the organizers.

Art Battle is a Canadian sensation, with its headquarters in Toronto, and has expanded to over 50 cities worldwide. Brantford’s Art Battle was the 544th Art Battle held.

“The more we investigated what they were doing, the more we realized that this is something that would be perfect for Brantford.” Said Wall.

Art Battle will be held in Brantford four times per year, with one event being held every three months. The goal is to feature a different roster of artists from Brantford at each event, to feature a variety of talents and styles.

“Brantford is right now facing this renaissance for theatre, drama, local music, and entertainment. We’re getting to a point where we’ve never been before. This is just the right time to bring a competitive art battle.” Said Wall.

The Art Battle featured a performance by Brantford artist NMEdj, who will be playing original music. Some may know NMEdj from his performances at Club NV.

“Even the music itself is an artistic expression of a local talent.” Said Wall, “We want people to get as excited about art as they do about a basketball game, or a hockey game, or a rock concert.”

The event was held with the goal of bringing the studio art atmosphere into the entertainment world, and to highlight the local art community in Brantford.

“We wouldn’t be doing this if we weren’t passionate about it.” Said Wall, “We’ve had tremendous amounts of support from the community.”