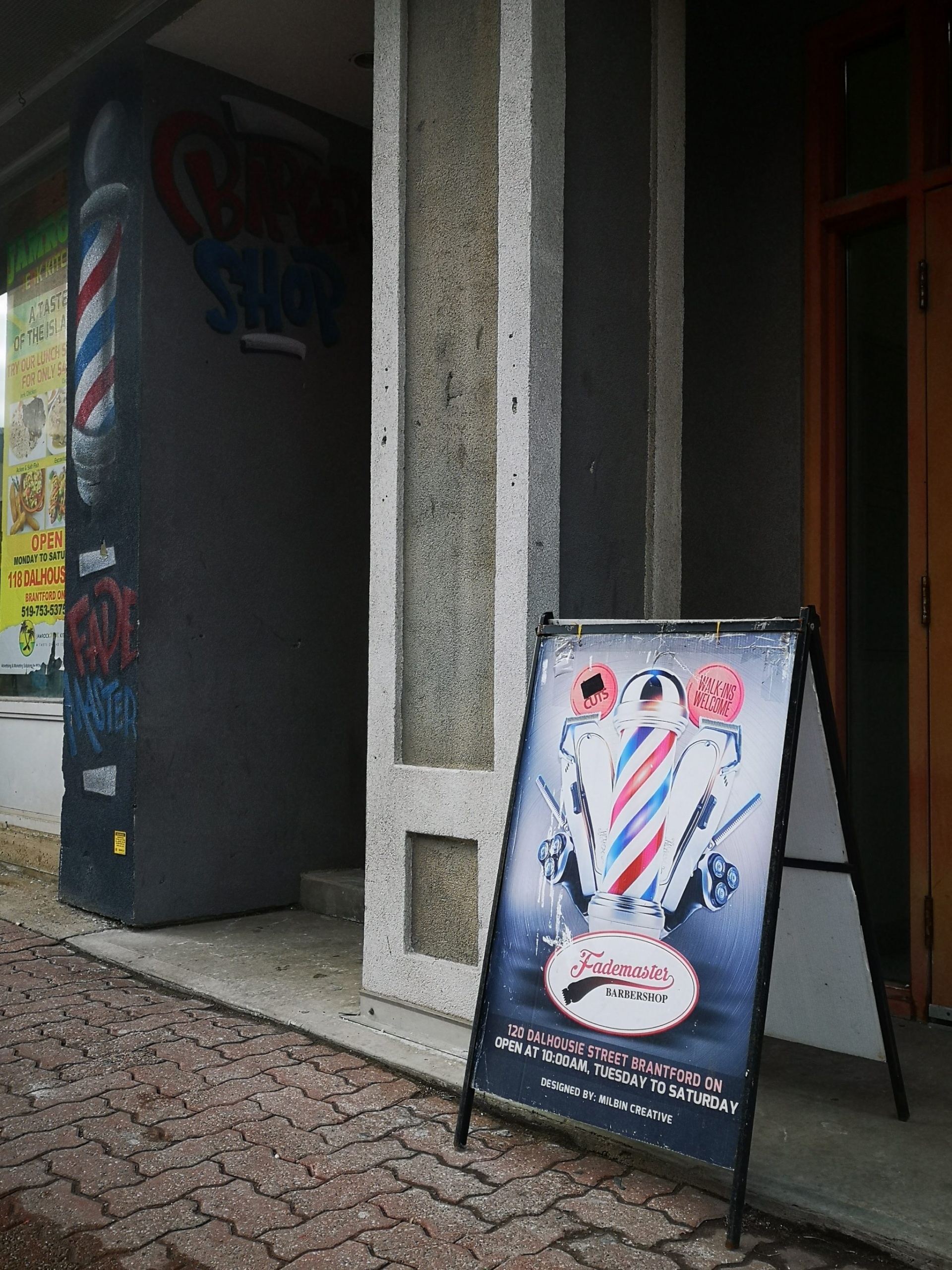 Brantford is home to more than 40 Black-owned businesses, including recent start-ups as well as industries whose history in the city spans as far back as the mid-19th century.

Some of the earliest records of African-Canadian settlement in Brantford show a barbershop on Colborne Street owned in the 1850s by Samuel Wright, a freedom seeker who escaped from slavery into Upper Canada by way of the Underground Railroad.

In 1859, another man by the name of John William Dungy joined Wright as a barber after fleeing to Canada from Virginia via Philadelphia. Dungy was later employed as a sexton at Brantford’s first Baptist Church.

As historian, archeologist and expert in 19th century African-Canadian history Karolyn Smardz Frost pointed out, “barbers were important to any fledgling town, and Brantford was no exception.”

“Black barbers often were the leading figures and community leaders in fraternal orders [and] benevolent societies,” Smardz Frost said during an online presentation given at Brantford Public Library on Feb. 15 in honour of Black History Month.

Evidently, Black history in Brantford is rich, but not well known.

That is one of the reasons local activist and business-owner Amanda Mersereau and her partner, Chris George, founded the organization Unite Against Hate in 2020.

“Our [initial] goals [for Unite Against Hate] were to provide educational tools to Brantford and the County of Brant about local Black history,” said Mersereau. “We also set out to create a list [of], support, and network with Brantford’s Black-owned businesses.”

Mersereau credits seeing her grandparents’ involvement in various social justice organizations in Hamilton when she was growing up as what first fueled her passion for activism.

“I was raised by activists on both sides of my family,” said Mersereau, “and I was inspired by their dedication towards equity within our community and beyond.”

Unite Against Hate’s comprehensive list of Black-owned businesses in Brantford comprises everything from restaurants, clothing stores and ethnic grocery markets to realtors, artists and wellness coaches.

For Mersereau, creating a space to highlight these Black-owned businesses is a crucial part of building a network and community among Black entrepreneurs in Brantford.

Another part of the organization’s mission is to facilitate discussions about sustainable change in the community and work with the city to implement plans for progress.

One feature on Unite Against Hate’s website allows Brantford residents to report a hate crime anonymously.

“Our plan is to [share] the data collected with city councillors so they can better understand the incidents occurring in their neighbourhoods,” said Mersereau.

Mersereau said the initiative has been well received by the city, noting that their online content has gained significant traction on social media, including a promotional video that has been viewed over 10,000 times.

The video was filmed on Juneteenth last year, the significance of which was doubled by the fact that a portion of the footage was filmed in Mohawk Park, where Emancipation Day celebrations were historically held.

“We closed out the day [in Mohawk Park] as the sun was starting to go down, discussing future plans and feeling empowered,” said Mersereau. “It was absolutely wonderful.”

In her presentation, Smardz Frost shared an account of an Emancipation Day picnic that took place on Hamilton Mountain in 1859, on the occasion’s 25th anniversary:

“After a procession through the streets and a sermon at Christ Church, three or four hundred people from St. Catharines, Niagara, Brantford and Toronto climbed the mountain on foot or took cabs to the grounds [of MPP Isaac Buchanan’s estate for] a sumptuous feast.”

Smardz Frost emphasised the importance of Brantford’s earliest Black churches, namely the British Methodist Episcopal Church (formerly African MEC), which had a congregation in Brantford as early as 1835, and the Baptist Church.

“More than faith centres, the African-Canadian church of Brantford, and everywhere else, was often the only building owned in common by the community,” said Smardz Frost, “so they [also] served as lecture halls, community centres, school houses [and] gathering places for benevolent societies.”

The lineage of one important Brantford couple, Doreen and Winston Johnson, “represents a microcosm of the early Black history of Brantford altogether,” as Smardz Frost put it.

The S. R. Drake Memorial building that still stands at 165 Murray St., once the British Methodist Episcopal Church that the Johnsons grew up in, is named after Doreen’s grandfather, Rev Samuel R. Drake.

Winston’s great-great grandfather, Andrew Lucas, was a servant for U.S. President Andrew Jackson before fleeing to Upper Canada at the age of 40.

After fighting in the War of 1812 and eventually settling in Brantford, Lucas lived to be 120 years old, as is inscribed on his gravestone in Greenwood cemetery.

In the late 1960s, Doreen and Winston together became the first Black teachers to be hired at an elementary school and highschool in Brantford. Their impact as educators and their lifelong work in music ministry lives on in the city.

Doreen and Winston’s daughter Karen Burke is the co-founder and director of the Toronto Mass Choir and founder of the York University Gospel Choir. Burke’s younger sister, Tracy Cain, is also a singer and musician.

The generational legacy of the Johnson family is a shining example of what Mersereau says is Unite Against Hate’s campaign for Black History Month this year: “a shift in focus from Black history to Black futures.”