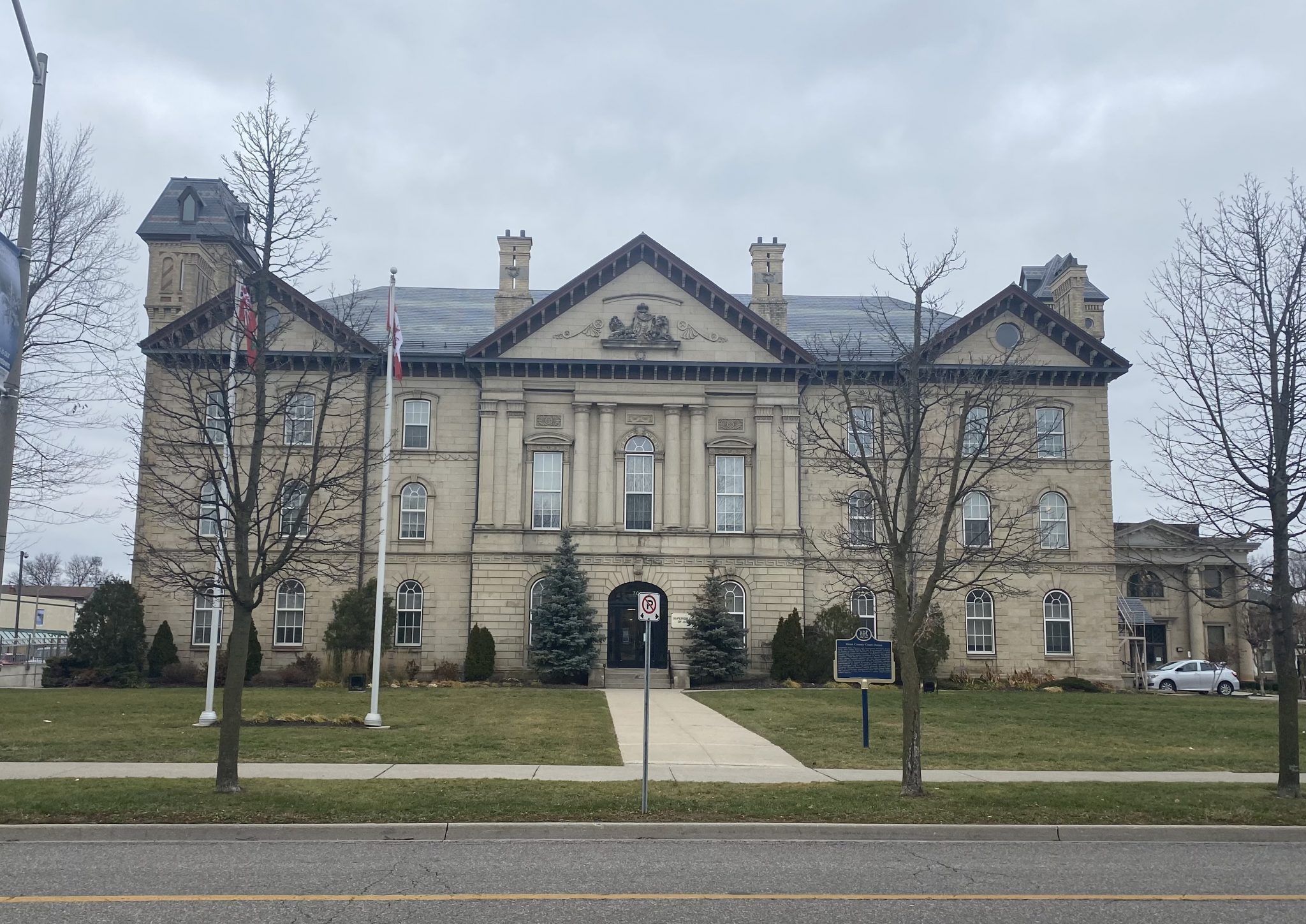 Kelly Gallagher-Mackay, an associate professor and the program coordinator for the law and society program, showed her support for the club by volunteering to be the judge for both trials.

After Ketkluane High School’s basketball team won their championship game on March 2, the team, including Fadey, celebrated in the traditional way of dumping a cooler of water over their coach. Half an hour later, while talking on the phone and pacing the gym after it closed to students, Fadey slipped in the puddle, broke his wrist, broke his phone and gave himself a concussion.

Fadey’s team argued that Ketkluane High School did not fulfill their duty of care because their custodian did not clean up the spilled water in time and did not knock on the change room doors to make sure they were empty before locking the gym and leaving for the night.

The Defence’s key witness, Jamie Thompson, Ketkluane High School’s only custodian, testified that the game had gone on until 7:30 p.m. and she was only scheduled until 6 p.m. Still, she placed a wet floor sign where the cooler had been dumped and began cleaning spilled food near the bleachers after the game ended.

The school gym usually closes at 8 p.m. Thompson testified that at this time, her babysitter called to ask her to come home. She then left.

The jury found that both the plaintiff and defendant were negligent in this case. They decided that the damages Fadey suffered, including the loss of a scholarship opportunity, wages from his construction job, his phone and health, were 80 per cent his own fault.

In R.v. Rogers, the accused, Jamie Rogers, was charged with manslaughter after allegedly committing an assault causing bodily injury, resulting in the death of his closest friend, Nick Pasternak, on Oct. 28, 2017 in Brantford, Ont. Rogers pleaded not guilty to the charge.

Rogers told the police he was hot-headed, impulsive and knowingly made bad decisions. Rogers and Pasternak had been friends for over 20 years. Pasternak also employed Rogers until recently. Rogers was using alcohol to cope with this, so his memory of the night was spotty.

On Halloween weekend, Rogers and Pasternack were in The Bronze bar’s back alley where they were seen having a discussion. Rogers appeared upset, red-faced and aggressive. When the owner of the bar and a long-time friend of both men went to the back alley to take out the trash, he found Pasternak lying unconscious on the ground and called 9-1-1.

Pasternak suffered from blunt force trauma at the back of his head and his pants were muddy. A piece of yellow cloth was found at the crime scene. The police searched Rogers’ apartment the next morning and found his yellow hoodie covered in both his and Pasternack’s blood. Rogers also had muddy jeans, a black eye and a bloody nose. He was then arrested.

The Crown lawyers said the two men assaulted each other and Pasternack hit the back of his head on the utility metre behind him. Although this was an accident, Rogers did not call for help. However, the Defence said witnesses could testify that the two men seemed to be resolving a conflict in a non-violent discussion and neither were capable of assaulting each other.

Right before closing statements, the Crown read Rogers’ sworn statement to the jury. The statement said Rogers blacked out after being punched in the face by somebody he didn’t see in the back alley. He said it couldn’t have been Pasternak due to his non-aggressive behaviour throughout their friendship. The Defence said other possible suspects of the death were not investigated, there was no evidence of a fist fight between the two men and there were no witnesses to testify to the assault.

“It’s really nice to be back in a courtroom,” said Boyington. “I absolutely love that our executives got in touch with Brantford Superior Court to get us this beautiful space.”

Mohammad Abu-Rashid, a fourth-year forensic psychology student, has always been interested in being a juror in a criminal trial.

“It was a fantastic experience,” he said. “I wish this was part of my academic activities.”

Abu-Rashid said the mock trial allowed him to use what he’s learned in his program.

“I think we came to a conclusion that a well-educated jury would come to,” he said.

“The verdict, I think, was very fair,” said Sara Sheikh, a Laurier Brantford graduate who was in the Mock Trial Club for four years. “There were some holes in the case.”

“The first part of the statement really worked in our favour,” said Victoria Blagdon, a first-year criminology student in the law degree program and a Crown lawyer. “But it was towards the end that just completely killed anything and everything we said at the trial.”

Sheikh said the lawyers and witnesses could have used a little more emotion in their opening and closing statements.

“You are directing the narrative to the jury,” said Sheikh.

Sebastian Corrie, a third-year criminology student and the vice-president of administration in the Mock Trial Club, appreciated all the student participation and efforts into the trial.

“It’s an important part of what we do as a club and it’s nice to see people coming out,” said Corrie to the courtroom. “Just having people in the courtroom, I think, makes it a much more immersive experience.”

“You were assertive, professional, engaged,” said Gallagher-Mackay to the students. “You all seemed to know your material quite well.”