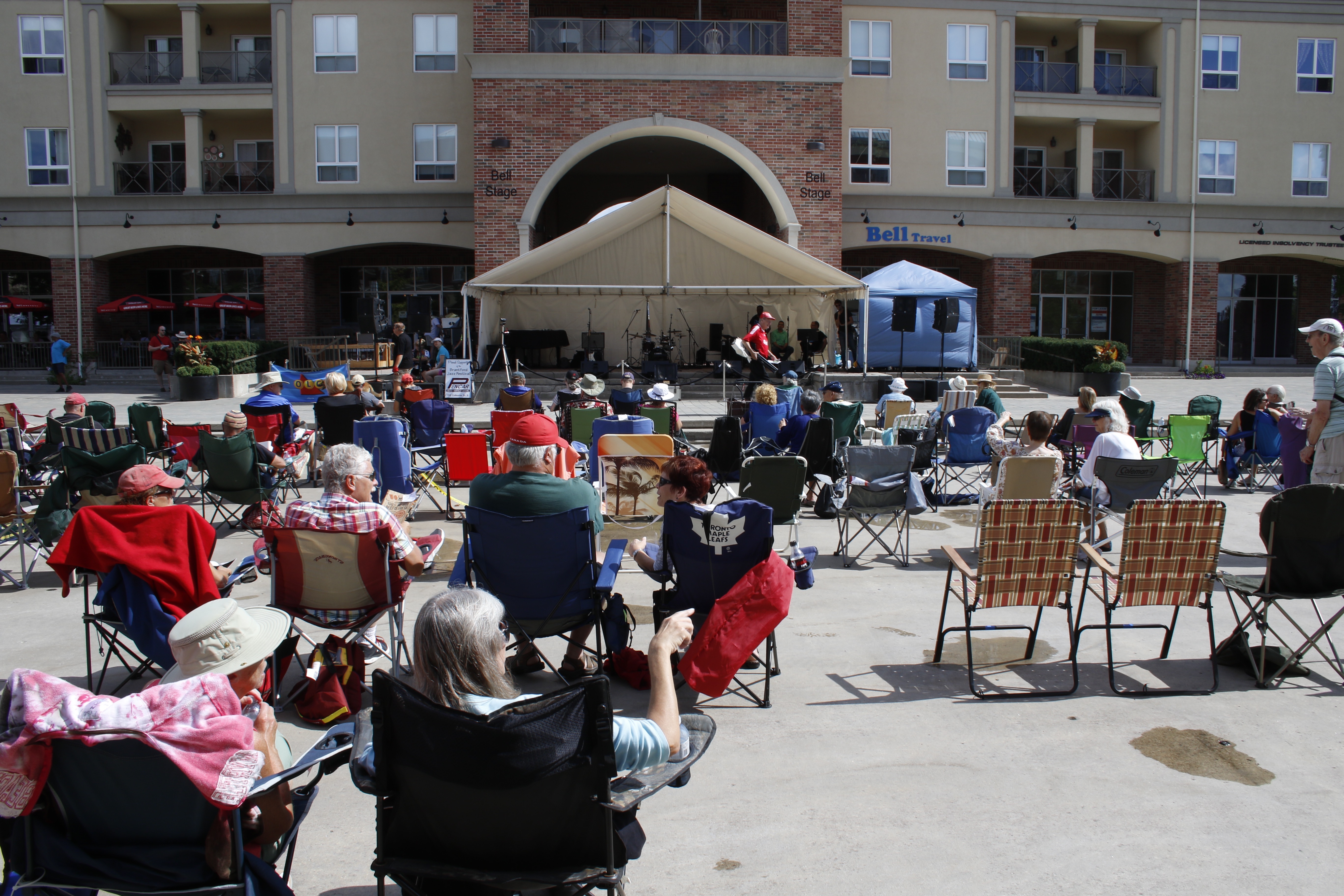 Over the weekend Brantford celebrated its ninth annual international jazz festival. The event took over Harmony Square from Friday to Sunday showcasing a variety of acts including performs from all over Ontario.

Toronto native and beloved jazz singer Matt Dusk was the headliner for this year’s festival. The event is almost entirely free to the public other than Dusk’s show on Saturday night, which sold out very quickly. The event was started by Frank and Nancy DeFelice who are both performers themselves. Their goal was to bring light to the many different styles of jazz and provide an event for each to be showcased. This goal is met more each year as the festival continues to grow, and has earned itself a spot as one of the largest music festivals in Brant County. The event has gained so much popularity that is has managed to attract more than 28,000 people in a weekend.

Even with the weather not cooperating this year, crowds of people huddled under umbrellas and patios roofs around Harmony Square to enjoy the different types of jazz. The commitment the Brantford community has to this festival really showed when spirits were still high after hours of rain on Saturday afternoon.

A local man did not seem phased by the weather at all. “Getting a little wet is worth it when you really enjoy the music.”

Rain or shine, nothing took away from the excitement of having such a well-known Canadian performer come to the Sanderson Centre. Matt Dusk was born and raised in Toronto, attending St. Michael’s choir school and then York University. One of his albums has gone platinum with two others going gold. He has had three number one hits in three different countries, and was the first male jazz singer to reach number one on the Japanese pop charts. His album My Funny Valentine was nominated for vocal jazz album of the year at the Juno awards in 2014.

On the Bell Stage, Circle 5, LL7 Latin Jazz, The Jimmy Stahl Big Band, Bernie Senensky, Powerhouse, Sonia Aimy, Kennie Marco, and Alexander Zonjic all performed throughout the weekend. These performers were from a variety of places outside of the community, and are well known throughout North America and even across the world.

The event also offers a local stage which showcases acts specifically from Brantford, Brant County, and the Six Nations reserve. This year’s lineup included CC & The Boys, Johnny Nixon, Cheri Maracle, Denis Rondeau Quartet, Saxation, and cofounder of the festival Nancy DeFelice with Massimo. Each perform offered a different take on the jazz genre, bringing a great variety to the stage.

Another opportunity the festival offers is a stage for up and coming performs. The next generation stages feature performers who are a bit younger than those you would find on the other stages. This year’s festival featured the father daughter group Duo Feely, the Alyssa Giammaria Trio, the Devon Savas Trio, the Michael Morabito Quartet, Alexander Tomowich, and the David Brideau Quartet.

Although it is already clear how much this festival brings to the community, it also provides local businesses the opportunity to set up vender booths during the festival.