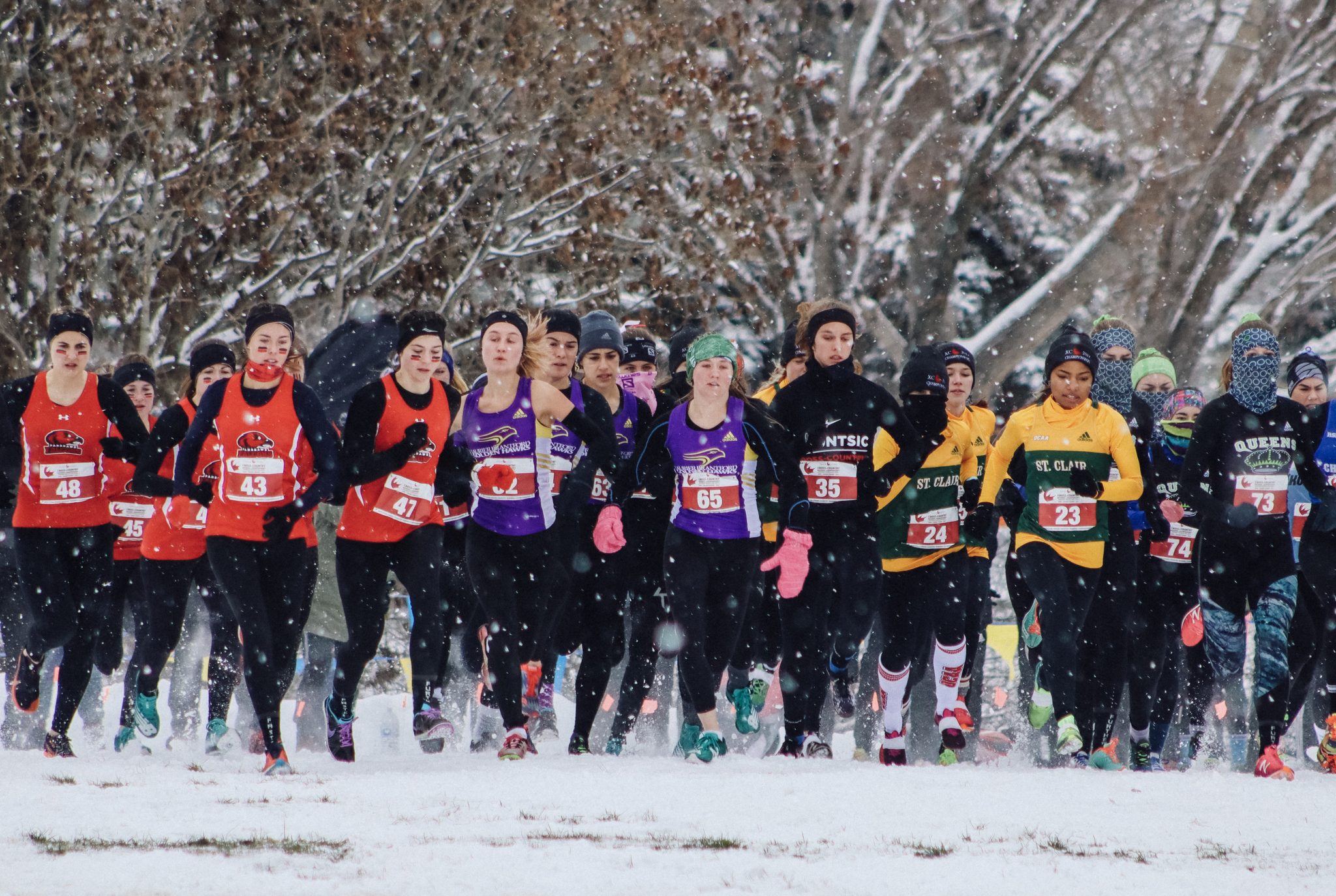 The historical moment came on November 9 when the members completed the 6km course battling through the freezing conditions and challenging terrain in Grand Prairie, Alberta.

Vanessa Brown led the pack with a sixth place finish and a  time of 26 minutes and 13 seconds, Faith Nieson placed 17 at 27 minutes and 9 seconds, Kara Hughes placed 24 with a time of 27 minutes 42 seconds, and Jessa Braun in 50 place at 29 minutes 20 seconds.

The varsity team is only four years old in its creation and already has the competitive edge in the country. The team was ranked fourth overall  in the country heading into the event in Cold Lake, after securing the Gold place finish at OCAA Provincial Championships at St. Clair College on October 26.

The girls had many hurdles to overcome in the run, as these frigid, snowy conditions were not yet seen in southern Ontario as opposed to what the other teams have trained in.

“The Golden Hawks came to the event with a goal of a podium finish and they weren’t going to let anything come in the way of that,” said Manager of Interuniversity Sport and Recreation, Kristin Fernandes.

These Hawks pushed past their limits and were a force to be reckoned with as the speedy rise to excellence and absolute determination was observable. This was reinforced by the fact that Vanessa Brown was named Women’s All-Canadian at the Banquet following the event.

The  varsity team’s head coach Cory Currie was nominated as CCAA XC Coach of the Year to add onto his title of OCAA Coach of the Year. The team was also followed and supported by fellow runner Ahad Niam, who also competed and maintained his top 30 record in the championship.

“These girls have so much heart and their passion and drive are what got them where they are,” said Currier on the Laurier Brantford Athletics page.

The training regimen was constant and challenging, but the girls pushed through and kept heart as they aimed to make themselves and their university proud.

The next step for these runners is to recruit future members that can also leave their mark and maintain the legacy they fought so hard to establish for Laurier Brantford.

Join the cross country team next year but be prepared to come across multiple challenges and run in conditions that aren’t familiar to you. And always maintain the drive and the spirit to be the best in what you can be.