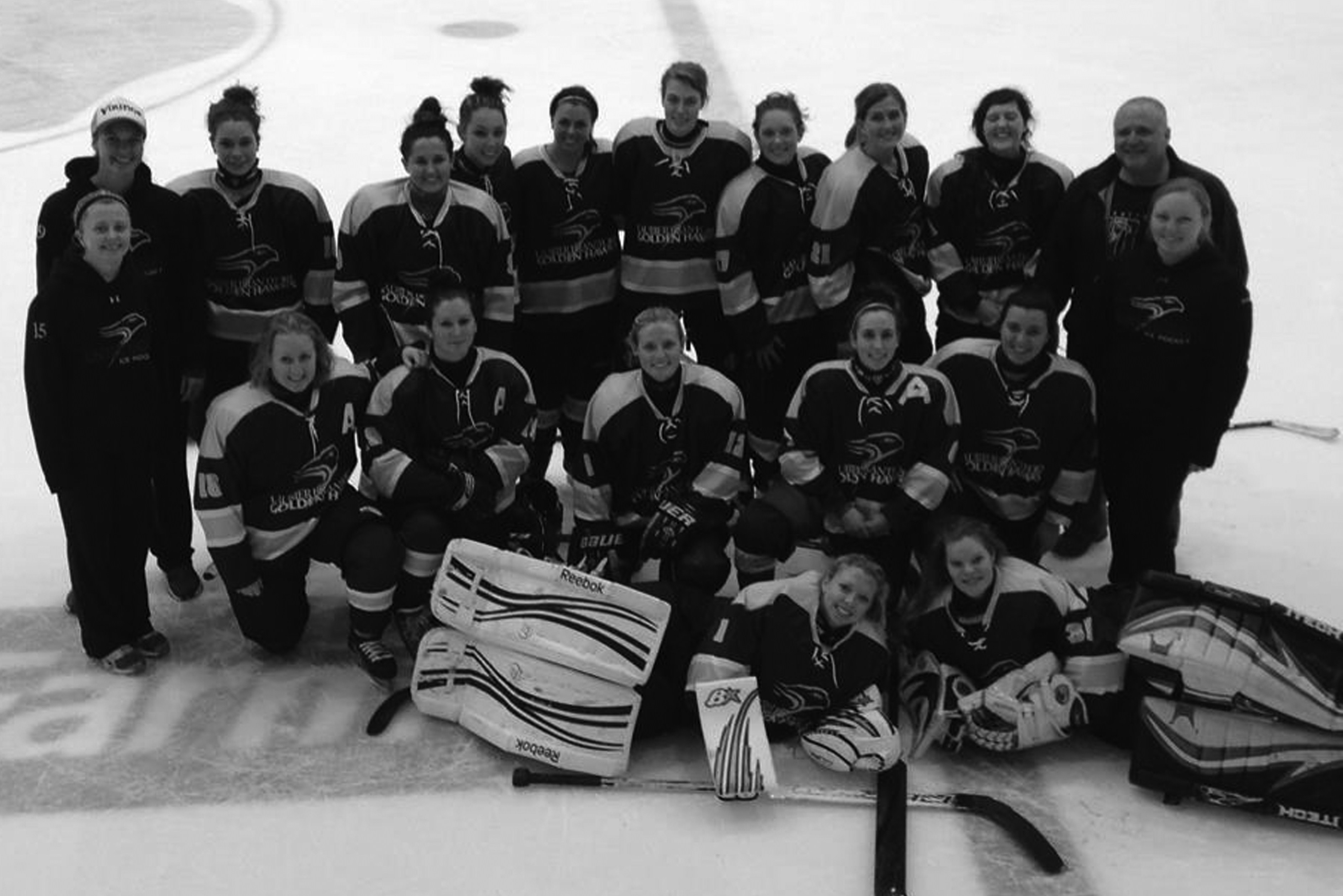 After a solid season last year the extramural women’s hockey team at Laurier Brantford looks to become one of the campus’ strongest performing teams. There are 20 girls on the team, with three of them being call ups for tournaments. The team is going to play in four tournaments this year, with the first one taking place November 21at Humber Lakeshore. Laurier Brantford will also be hosting a tournament on February 7.  Last year the team did well in a couple of tournaments, but they are looking to improve on last year’s results, especially after the men’s hockey team won the Ontario Colleges Athletic Association Challenge Cup tournament.

The team has a good mix of younger and returning players and that seems to be a great thing for their system. The captain is Kristin Cavarzan who was elected by her teammates. Cavarzan says that this year’s team is stronger and faster compared to last year’s team. Another benefit for this year’s team is that more ice time is going to be provided. That could help with conditioning, an area where Cavarzan is concerned.

“Conditioning is an area of concern if we want to be able to keep up with some of the better teams,” says Cavarzan.

Another part of the team’s strength according to Cavarzan is communication and moving the puck out of their own zone. This could be attributed to a strong presence of returning players from last year.

The main goal of the team right now seems to be to qualify for the Challenge Cup, which is a tournament that the top six teams in the OCAA qualify for each year. Last year the team qualified, but unfortunately did not win. The way you qualify for the Challenge Cup is based on a power ranking system that ranks you based on wins within the tournament, how a team places in the tournament and strength of schedule. A team has to play six to eight games to qualify. The extramural hockey team last year was ranked sixth in the power rankings.

Assistant captain Michelle Anger agrees with her captain. “Our team this year is looking good, a stronger team than last year and we can’t wait to start the season,” she says.

A team that has a good mix of veteran leadership and young players usually means that they are on the right track for success. With more ice time being provided to the team this year and more experience from playing, the general feeling internally from the team is that they want to win the Challenge Cup this year. The goal each of them has for themselves on the team is a good starting point and should allow for them to grow throughout the year. But they don’t have a lot of time. By playing in only four tournaments this year, there leaves very little room for error and a quick start is a necessity. Expectations for this team are high this year, but the feeling from talking to their leaders is that they are ready to not only meet them, but exceed them this season.