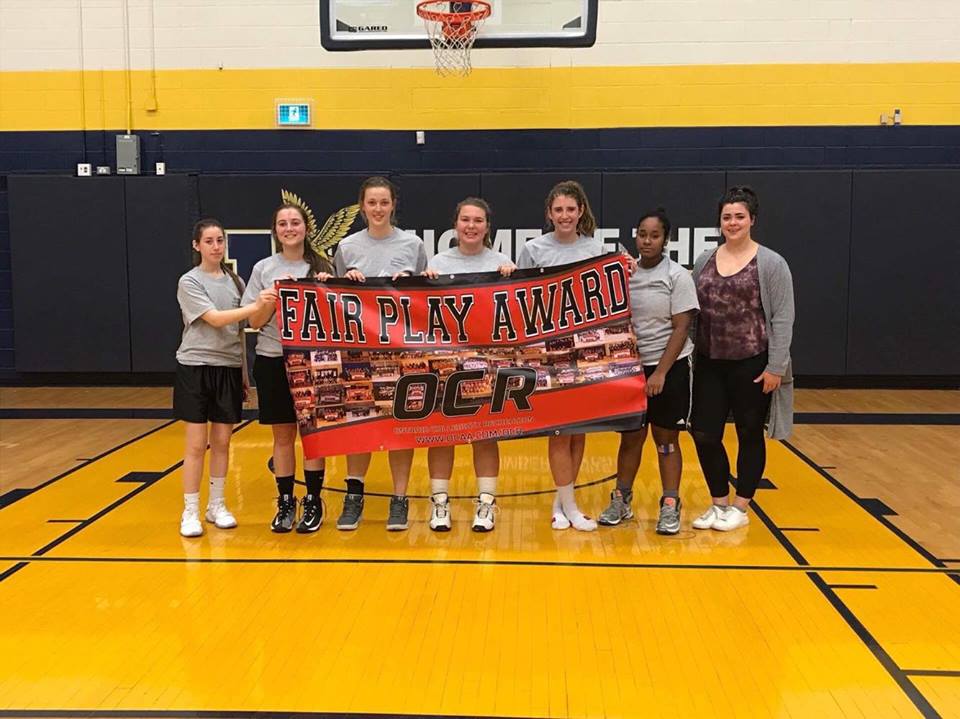 The Golden Hawks finished not only as finalists, but were also given the Fair Play award.

The girls lost in the championship game to Humber North, the tournament’s host team.

“I’m super proud of the girls and it was definitely a great developmental opportunity that showed me what we have to work on to be ready for next,” said the team’s coach, Melisa Trojanovic.  “They did great and I couldn’t be happier.”

The Golden Hawks played the tournament with only six girls. Though fatigued, they had to play five games in one day. Three of those games were back to back.

“The girls worked really hard when the realization that they would have to play the entirety of five games occurred,” said Trojanovic. “They took it like real champs.”

The tournament was round-robin style until the final game. The Golden Hawks had to play Humber North a total of three times. Humber led by a lot for two of the three games, but only beat the Golden Hawks by nine points in the other game.

The team of seven consists entirely of rookies, except for one returner, Jessica Boere.

“Right now the main goal is to develop the girls for next year,” said Trojanovic. “With the majority being rookies, these girls will continue to play with one another for the next three years and team chemistry can really truly be developed. But that doesn’t go without saying I hope we can make it to the finals once again and maybe even win the following tournaments.”