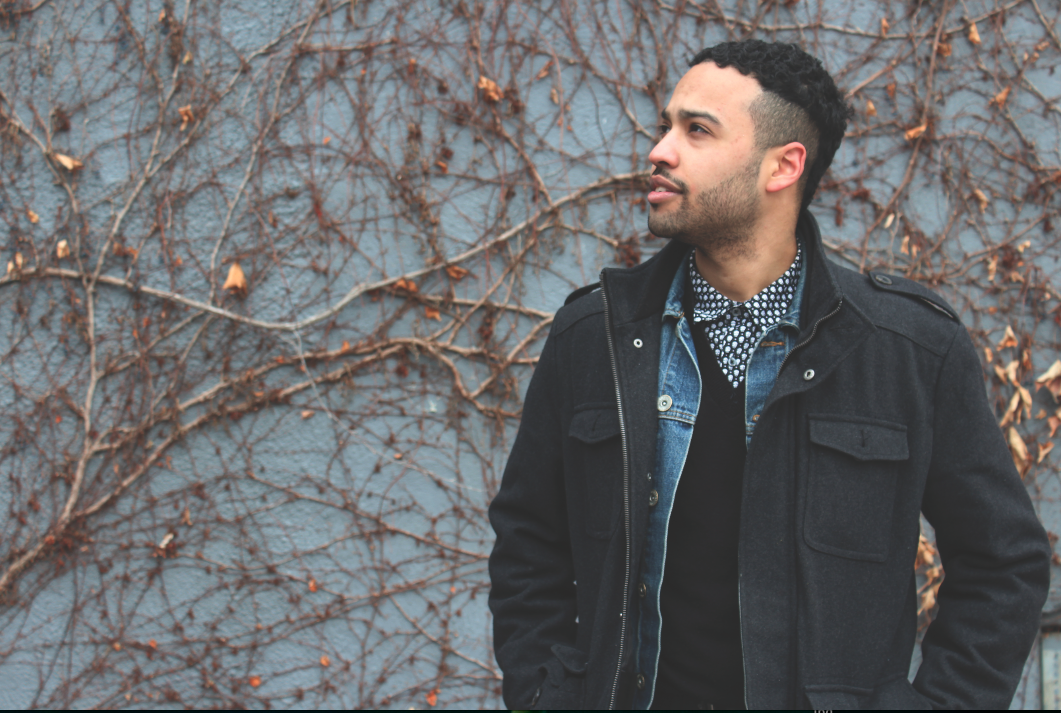 Born and raised in Brantford, Ontario, Stemmler is a leader in the city’s indie music scene. Going by the name of Cyanide Canaries, Stemmler continues to be Brantford’s very own pioneer in trip-hop, a genre of music that is a blend of jazz, hip-hop and alternative rock, which all comes together to form a symphony of post-punk sound.

“I started Cyanide Canaries in high school,” Stemmler explains. His interest in music was peaked when at around 8 years old, his father handed him a guitar, which he claims was too big for him to even fit his hand around.

“I mainly wrote acoustic songs in high school,” Stemmler says. “I had a friend who had this ridiculous knowledge of music. Every time I showed him something, he knew it – I then took that as a challenge to listen to as many artists as possible.”

Stemmler explains that musically, his influences change depending on the phases of what’s new that he’s listening too. However, a constant inspiration throughout belongs to the originators of trip-hop, the UK band, Massive Attack.

“[Massive Attack’s] sound is just so…full. From the deep lows to the nice, tiny, crisp highs. They were doing things I never thought you could actually do as a band… That’s when it clicked and I found my identity.”

His musical identity came through in high school, when he decided to release music under the pseudo-name of Cyanide Canaries. The name, he explains, derives mainly from the lyrics he was writing at the time.

“I was writing a lot of cathartic and cynical kind of songs, but they were also all acoustic and pretty,” he says. “[Cyanide Canaries] is kind of like that, the way I write is very sarcastic so the name fit.”

Stemmler is currently working on his second full-length album, which he says will incorporate some new sounds that were mainly influenced by his time spent as a student at Sheridan College.

“I took a creativity course and one of the challenges was to find a space and sit there and you’re not limited by any environmental barriers. So I sat there and I just… everything I thought about music I wiped away and then I just started making a mess of things. Then when I looked back most of it was crap,” he explains with a laugh. “But I’ve continued to work on it for a year now. A major influence [for this album] is 70s and 80s post punk and a band called The Birthday Party. They’re my favourite at the moment.”

Stemmler acknowledges that growing up in a relatively dangerous part of Brantford did have its challenges, but also provided inspiration for many of his songs.

“The last record [Death by the Police Force], was way more personal,” he explains. “The song ‘Heather’s Got a Gun’ is actually about a rape or something that I heard happened in Brantford. It made me think hey, I have family here. It made me realize how unsafe it is, the place I live and it made me uncomfortable.”

The Sputnik features a lot of up and coming artists, so we asked what he had to say to others trying to make it in the industry.

“You have to love music,” Stemmler concludes. “You have to make time to do it and you have to have the drive. But if you’re an artist and making music that’s something you already know, I don’t have to tell you that.”

Anyone interested in listening to Stemmler’s music can check him out on SoundCloud or Band Camp. His latest album, which he says will be released later this year, can be found on Band Camp. He also gives album updates regularly on Twitter, so make sure to give him a follow at @CYANIDECANARIES!